Family learns of devastating cancer diagnosis while stranded in the U.S. during coronavirus pandemic

Jeff Hutson has sent countless letters to doctors and hospitals grasping at anything and hoping to get his mother-in-law treatment. 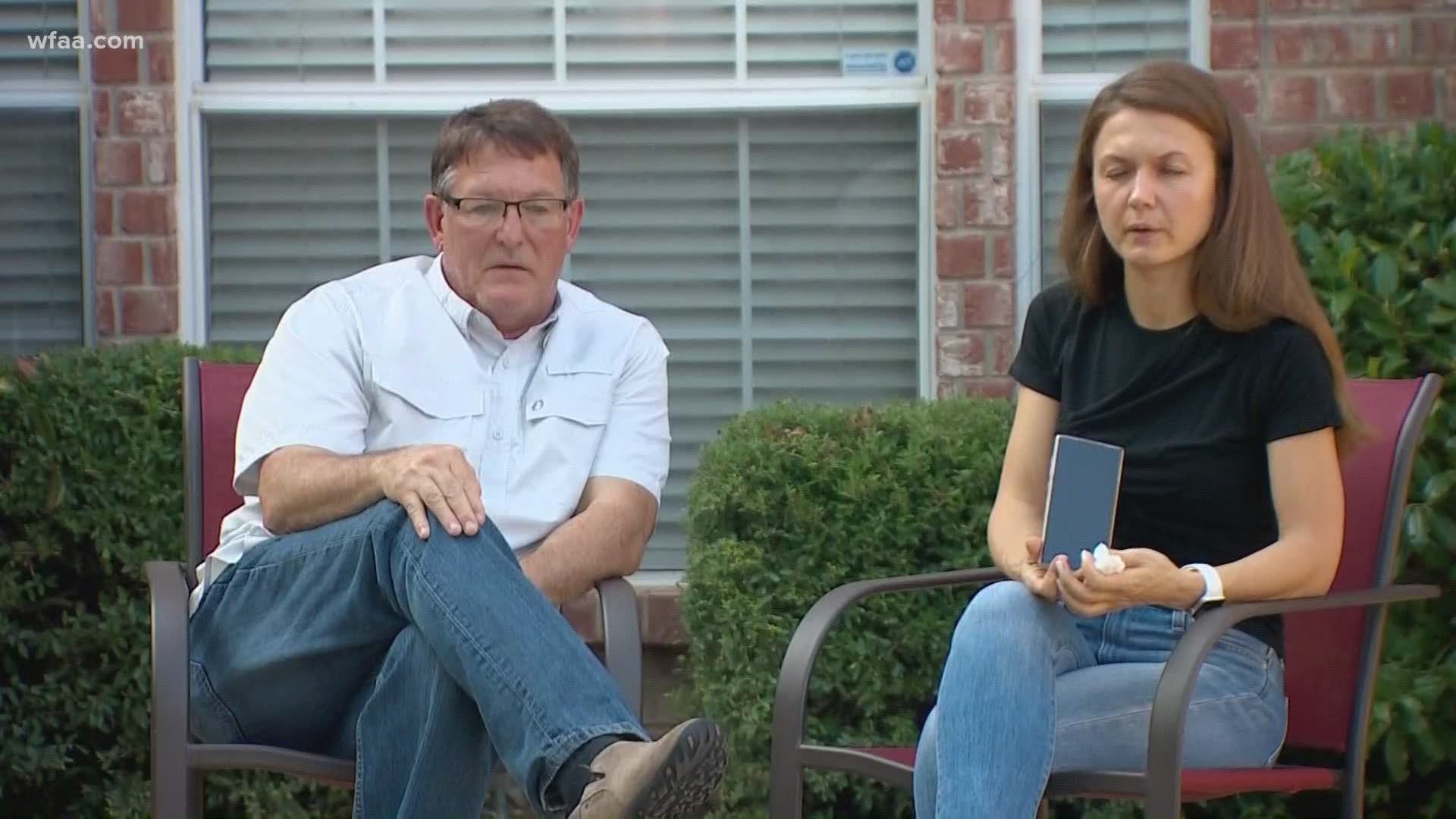 DALLAS — Jeff and Viktoriya Hutson look forward to the one time every year Viktoriya's parents from Kiev, Ukraine come to visit them in the United States. Fortunately, they arrived in December well before the pandemic really started to ramp up.

"They came right before Christmas, so we were excited to spend the holidays with them," said Jeff Hutson.

Viktoriya Hutson's parents were scheduled to leave for Kiev back in March but when the pandemic hit the states, all travel plans got derailed.

"It put a halt to travel and borders were closed," said Jeff Hutson.

While they couldn't head back to their home country, they also didn't mind spending extra time with family in the states.

Viktoriya's parents will have been married for 50 years this coming December. They got married when they were 19 years old.

Several weeks ago, Viktoriya's mother Tamara Syrovatska complained of stomach pains and was taken to a hospital for closer examination.

"It was just hard to comprehend. Kind of like a nightmare you cannot wake up from," she said.

On Wednesday, the family said Syrovatska was admitted to Texas Health Presbyterian Hospital in Flower Mound.

Syrovatska's case is a unique situation. She is not a U.S. citizen, and thus has no U.S. health insurance.

The Hutsons told WFAA that every hospital they turn to for help tell them without insurance, there is little they can do. The family said Syrovatska also now can't travel back to Ukraine where there is universal healthcare.

"This part of the system is broken. The best medical care in the world is here and to get stranded because of a virus and not be able to go home?" asked Jeff Hutson.

He said every checkup and procedure comes from out-of-pocket and it is expensive. He has sent countless letters to doctors and hospitals grasping at anything and hoping to get his mother-in-law treatment.

He said that doctors say with chemotherapy, his mother-in-law's life expectancy is drastically different.

The Hutson's are confident they are not the only people struggling with this dilemma. They hope to also be a voice for them and to raise awareness about what they feel are cracks in the healthcare system.

Viktoriya is also truly heartbroken for her father, who has to see his wife of nearly 50 years in pain. She said her parents haven't been away from each other for longer than two days their entire lives together.

The Hutsons have created a GoFundMe page to help with the mounting healthcare costs. Click here if you would like to donate.