Tiffany Humpert of Wichita Falls found a lump in her breast after a massive weight loss. Medical experts say her weight loss likely saved her life. 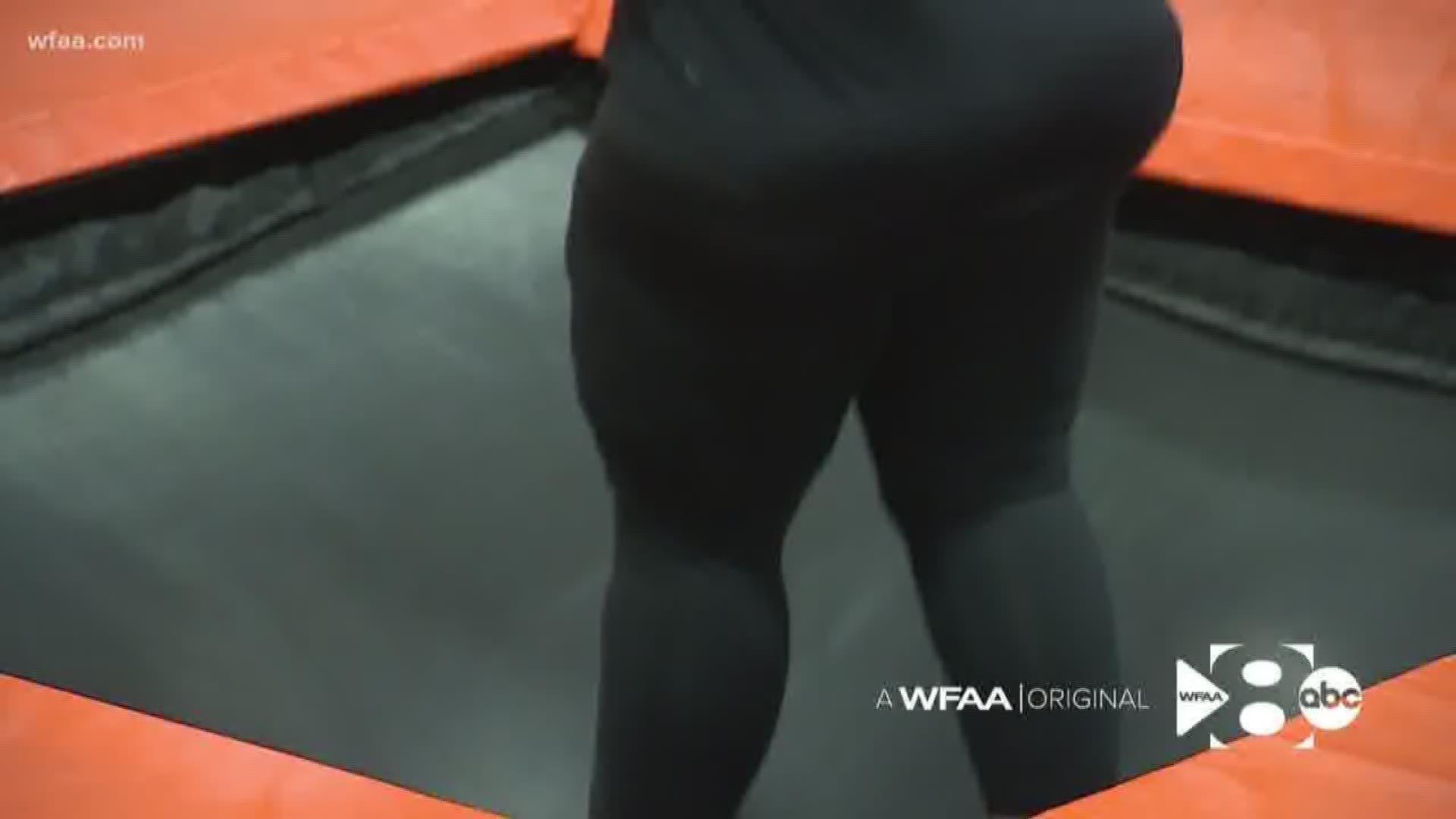 There are few places Tiffany Humpert would rather be than right here: leading an exercise class, her ability and energy boundless.

"If you need a modification, let me know," Humpert called out as she began leading a trampoline exercise class. "You're going to go high. Good!"

It's a place she couldn't have dreamed for herself just a short time ago.

You may recognize Tiffany from ABC's "Extreme Weight Loss." Back in 2014, the mom from Wichita Falls decided she'd had enough and auditioned for the show.

"At my heaviest recorded weight, I was 360 pounds," she said.

She joined the show at 296 pounds. And over the course of a year, through hard work, eating right and exercise, she was able to shed half of it, down to 147 pounds.

"Up until that point, that year was the hardest I'd been through, yes," she said.

The massive weight loss didn't just reveal how strong Tiffany was. It also revealed something sinister hiding under her skin.

"When you're large and you lose a bunch of weight, you usually lose breast tissue," she explained. "I decided to do a breast exam, and I pressed my hand barely touched on the side, and I felt a lump, and it was big."

At that moment, she didn't have health insurance for a mammogram. Someone mentioned to her that Moncrief Cancer Institute in Fort Worth provides free mammograms to uninsured and underinsured women, so she called.

"She had this mass. She could feel it. She could see it," said nurse navigator Kendra Heath, who was the person who answered Tiffany's call.

"You're listening to her going, 'Oh my gosh, I don't want to die. I have a kid. I'm young, I'm about to get married,'" Heath recalled.

She arranged for a free mammogram, which confirmed Tiffany's fears: it was cancer.

"When you go in and you're told, 'you have cancer,' you're handed this mountain you don't know how to climb," Tiffany said. "It's like climbing in roller skates. And they hold your hand through it all."

The staff at Moncrief helped Tiffany plan and cope with every step, from chemo to her double mastectomy.

"The fight in her, from the weight loss, saying 'Oh, you're not going to get me today' also had her mentally prepared for the fight of her life," Heath said.

It had physically prepared her, too.

Dr. Keith Argenbright, the director at Moncrief, says body fat isn't just a risk for cancer. It's also a risk for not being able to survive it.

"The fact she lost weight before her cancer diagnosis does nothing but help her fight this cancer," he said.

"It did save her life," Heath said. "No question."

Tiffany says she never would've felt that lump had she remained obese. "Honestly I feel like the show set me up to be in an amazing place to fight cancer," she said.

Tiffany is now cancer-free, engaged to be married and teaching trampoline fitness. "I love it!" she told us in the middle of a class recently.

The ups and downs she incorporates into maintaining her health are not lost on her. "When you look back and see the mountain you just climbed, I'm like 'Whoa. How did I do that?'" she said.

A jagged journey that's left her stronger than when she started.