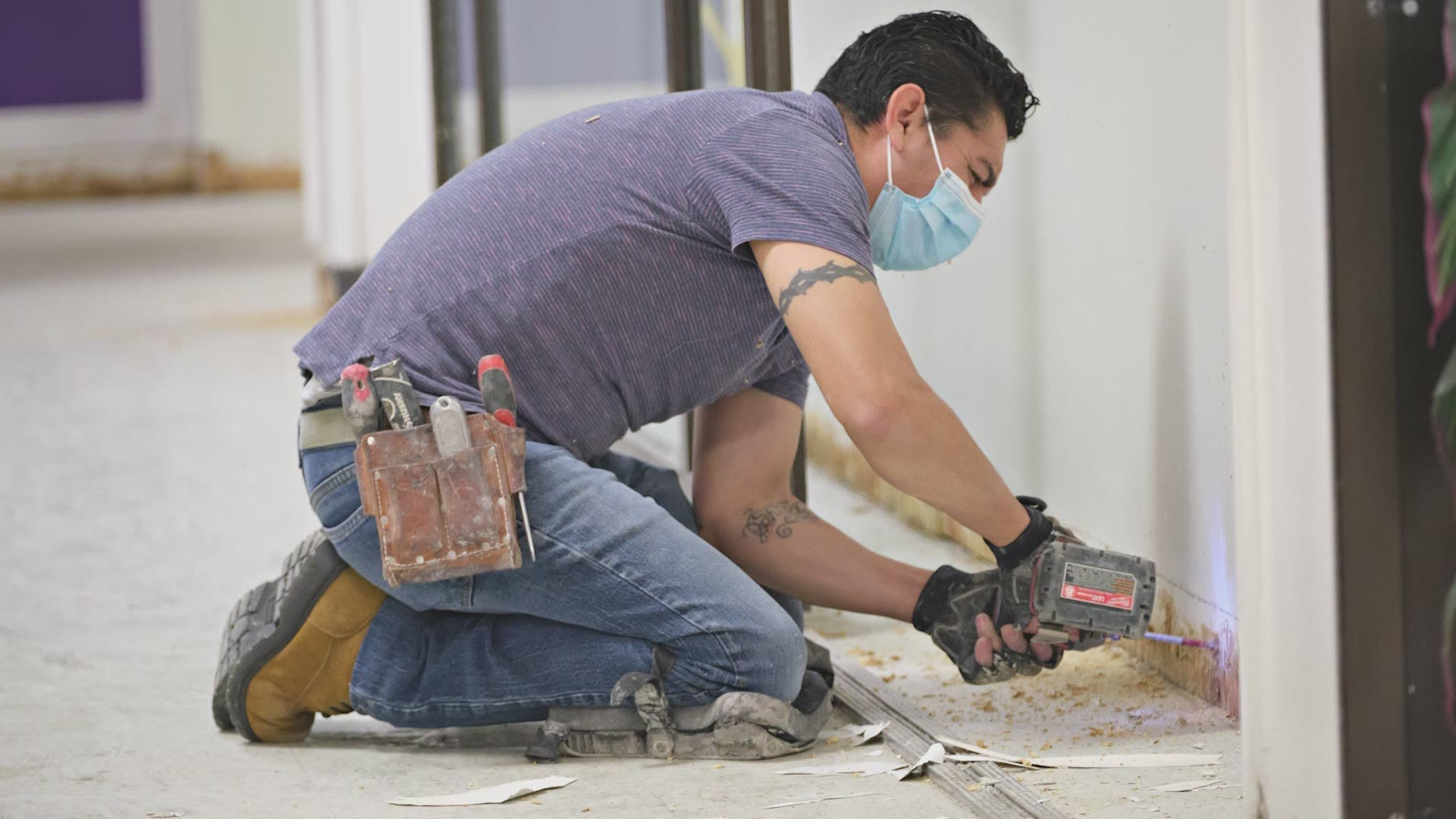 DALLAS — Damage to North Texas schools was so widespread during last week's record-shattering winter weather that multiple schools may not be able to reopen until sometime next week.

Districts from Dallas to Arlington to Fort Worth have reported that some campuses will not be able to open on Wednesday.

Dallas ISD announced Tuesday afternoon that due to ongoing repairs, students at J.P. Starks, Lang MS, Bryan Adams HS and Lincoln HS will be virtual for the rest of this week.

"It was widespread. It was from one little pipe to major manifolds," said David Bates, DISD Assistant Superintendent of Maintenance and Facilities.

Bates says that in DISD alone they responded to 131 broken pipes at 113 different campuses.

"This is another one of those cases where it was so widespread I couldn't deploy resources to just one area," Bates said. "And those pipes they don't all bust at the same time, right. It was one after another after another."

Same misery, different school district, in Richardson. At Richardson High School broken pipes flooded the basement boiler room. A Richardson ISD spokesperson says they are hopeful repairs can be made in time to reopen the school on Wednesday.

Fort Worth ISD says three of its campuses won't be ready for in person classes by Wednesday:  Bonnie Brae Elementary, Westpark Elementary, and Tanglewood Elementary virtual only, until further notice.

As for Dallas ISD, they are still at work at this hour, trying to get all campuses reopened as soon as possible. And Bates praised the same workforce that labored to get all of the campuses ready to keep students and staff as safe as possible during the pandemic.

"Our essential employees have been through a lot in the last 24 months, right? We take pride in this district. So when something happens to our campuses our folks step up. And this one is one of those cases where they just stepped up. But we certainly didn't need it or want it," he said of the extreme weather challenge and the damage it left behind.

Which after last week, is something every one of us can say.