The only public four-year university in the Dallas city limits says it is shedding its old reputation as a commuter college. 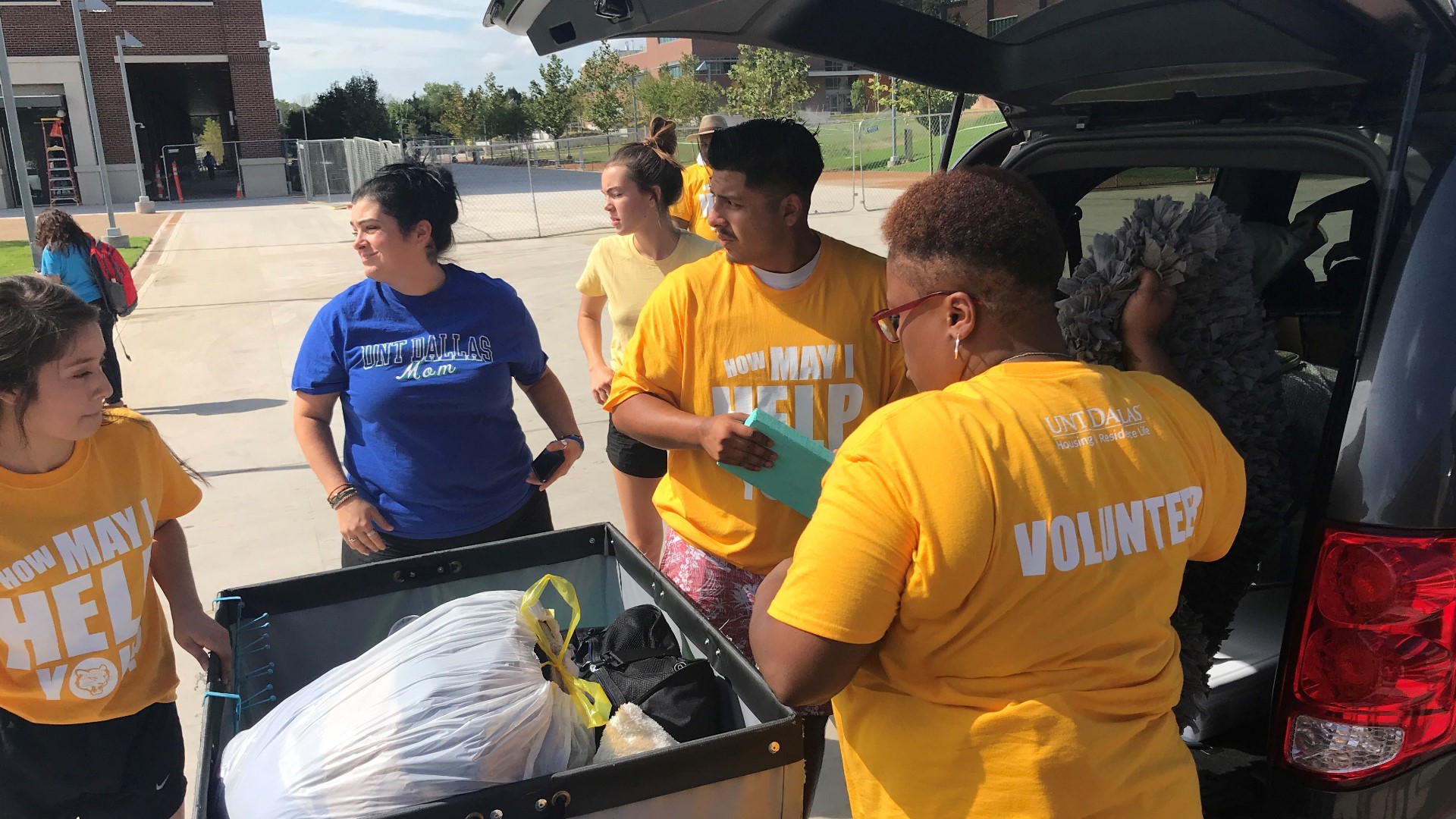 DALLAS — You might call it the little university that could.

When the University of North Texas at Dallas opened almost a decade ago, move-in day couldn’t happen because there was nothing to move into.

“I would say we found our identity and now we’re growing into it,” said Michelle Hurdle, transfer admissions coordinator at UNT Dallas.

“You gotta be high energy!” she said to families getting out of their cars in front of Wisdom Hall on campus.

The dorm opened in 2017 and it has been at capacity each semester since.

“You read in the news about student debt, people who are paying a lot to go to college, well this is affordable, close, safe and great.” Hurdle said.

A new $63 million student center is opening this semester across from the dorm and expansion continues.

The university expects close to 4,000 students to enroll in the fall and the student body is diverse.

“I’m starting a legacy with everyone that comes after me that college is something that you know you do,” said Emily Kizziar, a freshman from Garland.

A degree can change a family’s trajectory for generations. But in Kizziar’s case, it could change other people, too. Her dream is to teach special needs students – a dream that’s now within reach.