The professor taught at UT's Butler School of Music. 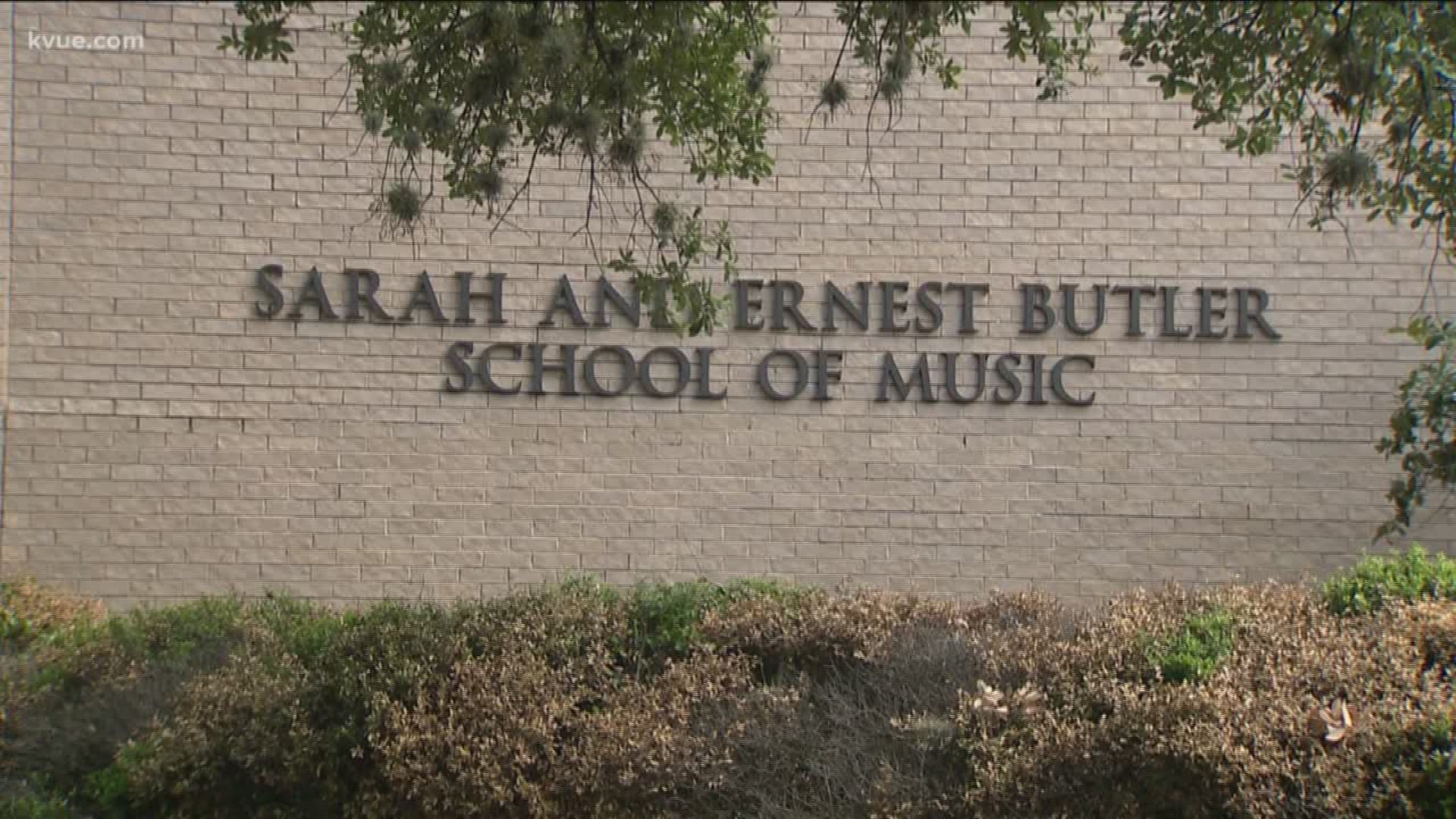 AUSTIN, Texas — Editor's note: The University of Texas has clarified that the professor has not formally been dismissed.

Professor Dan Welcher is no longer welcome on the 40 Acres.

The music composition professor is banned from the University of Texas campus and from contacting students, according to a statement sent to KVUE.

The University of Texas at Austin is investigating Welcher after allegations surfaced that he sexually harassed students, according to our partners at the Austin American-Statesman.

Dan Welcher is a professor at UT's Butler School of Music.

Mary Ellen Poole, who is the director of the Butler School, said she was “sick to her stomach” after leaving a two-hour meeting with the entire composition department, the Statesman reported.

The Statesman said Poole made it clear that she believes the allegations are valid, adding that Welcher would not be returning to the school, “except to clean out his office.” The Office of Inclusion and Equity is reportedly launching a full investigation into Welcher.

"I took composition lessons one on one from him spring semester last year. I personally didn't have any experience but that doesn't mean other people didn't ... We were sent a note that basically said something along the lines that he's been let go from the University and that the next time he's coming is cleaning his stuff and getting out of here," he said.

Bakre told KVUE that Welcher retired from the university on Aug. 31 and is "currently on a one-year phased retirement term" that started Sept. 1 and goes until May 31 at 50% time.

The university has a link to resources online on how students can file a report for sexual harassment or assault.

WATCH: Texas is getting a new task force for sexual assault survivors