The lawsuit claims the student was tackled and beaten unconscious in an incident caught on camera. 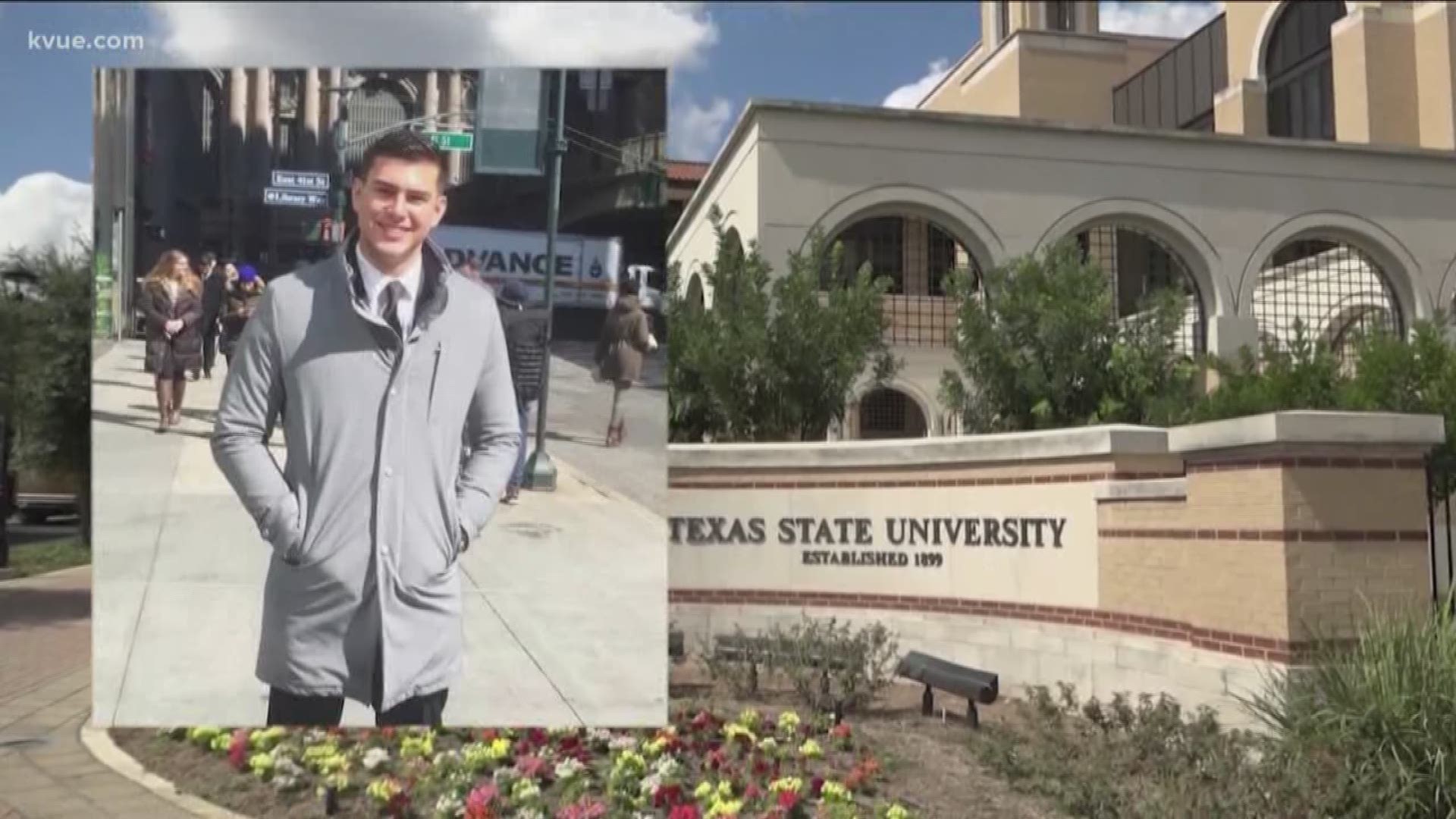 SAN MARCOS, Texas — Editor's note: The above video says that Texas State University did not respond to KVUE's request for comment, but they have responded since the video was published. That statement is included in this story.

"It's not just this campus; it's many campuses where we're seeing a lack of institutional control by these fraternities and allowing this to go on. Something has to change," Jay Harvey, attorney for Panagiotopoulos told KVUE on Saturday. "This is not the intent of the Greek culture in the university system. This is not the way it's supposed to be."

The petition alleges Panagiotopoulos, a business student at the university, was walking down North Commanche Street in San Marcos, Texas, when the accused fraternity members harassed him, believing he was a member of a different group, according to Harvey.

The assault occurred when the student attempted to flee the harassment and was tackled, Harvey said. According to the attorneys, two of the attackers were charged with felony aggravated assault.

A cellphone video captured the incident. In the footage, the student can reportedly be seen being tackled and beaten unconscious.

"Nik tries to run away," Harvey said. "This mob of these fraternity guys chase after him and continue to wail away on him, leaving him unconscious on the side of the street."

Harvey and co-attorney Sean McConnell have started a preliminary investigation of the Texas State Pi Kappa Phi chapter, which revealed, according to the lawsuit, "a history of encouraging ... overconsumption of alcohol" as well as "rivalries with other fraternities."

Panagiotopoulos was not able to complete all of his coursework during the fall semester due to the attack, but he still is working to graduate in May, McConnell said.

The plaintiff is seeking damages of over $1 million. Court documents indicate they are asking for a jury to hear the case.

According to the following statement sent to KVUE by Texas State, the university's chapter of Pi Kappa Phi has been suspended:

"Texas State University is not a party in the lawsuit. As soon as the university was notified of the incident in October 2019, Pi Kappa Phi was suspended."

In October, Pi Kappa Phi's University of Texas at Austin chapter was banned for four years due to alleged hazing.

In 2017, Texas State temporarily suspended all Greek life after a new member of the Phi Kappa Psi fraternity, who was also a minor, was found dead after an event. The ban has since been lifted.

KVUE reached out to the national chapter of Pi Kappa Phi. They said it is their policy not to comment on pending litigation.

There are more than 30 items on In-N-Out's secret menu. Here's what you should try