On Thursday, the Dallas County public health director issued an order restricting in-person classes until Sept. 8 for all private, public and charter schools. 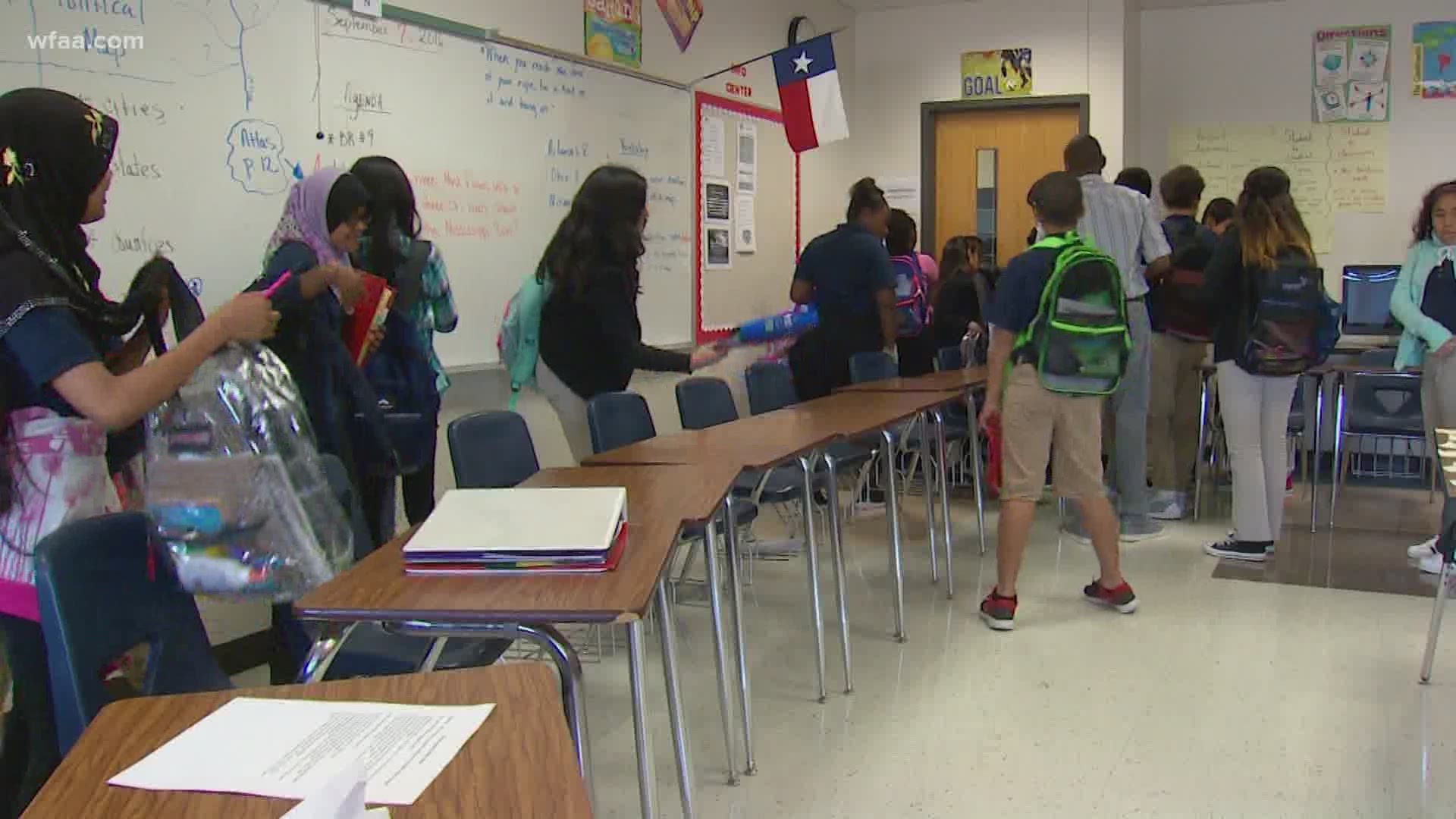 Updated at 3:20 p.m. with a statement from the Dallas Catholic Schools.

On Thursday, the Dallas County public health director issued an order restricting in-person classes until Sept. 8 for all private, public and charter schools in the county.

RELATED: Dallas County order says all districts must be online-only through Sept. 7

The Catholic Diocese of Dallas schools superintendent said he is aware of the Dallas County order and of Paxton's letter and will be reviewing the options for the beginning of the school year.

Parents should be hearing from the schools in the next week regarding plans for the fall.

"Since May, the Catholic Schools Office and the Diocesan Catholic Schools have been developing health and safety protocols that will allow in-person classes to resume safely this fall," said Superintendent Matt Vereecke in a written statement.

Vereecke said the plans comply with recommendations from health experts.

"Under the Governor’s orders, local governments are prohibited from closing religious institutions or dictating mitigation strategies to those institutions," the letter says.

On Friday, the Texas Education Agency issued new guidance to schools allowing districts to delay the start of in-person schooling for four weeks after the semester begins. The schools are allowed to have online-only classes for all students during that time.

The guidance allows local communities to have more control over measures taken to slow the spread of the coronavirus.