Teacher's representative says schools should be virtual for first 9 weeks

"Do we want our school districts to become the next cruise ship industry? That's where we're headed," said Rey McMurrey, of Texas AFT. 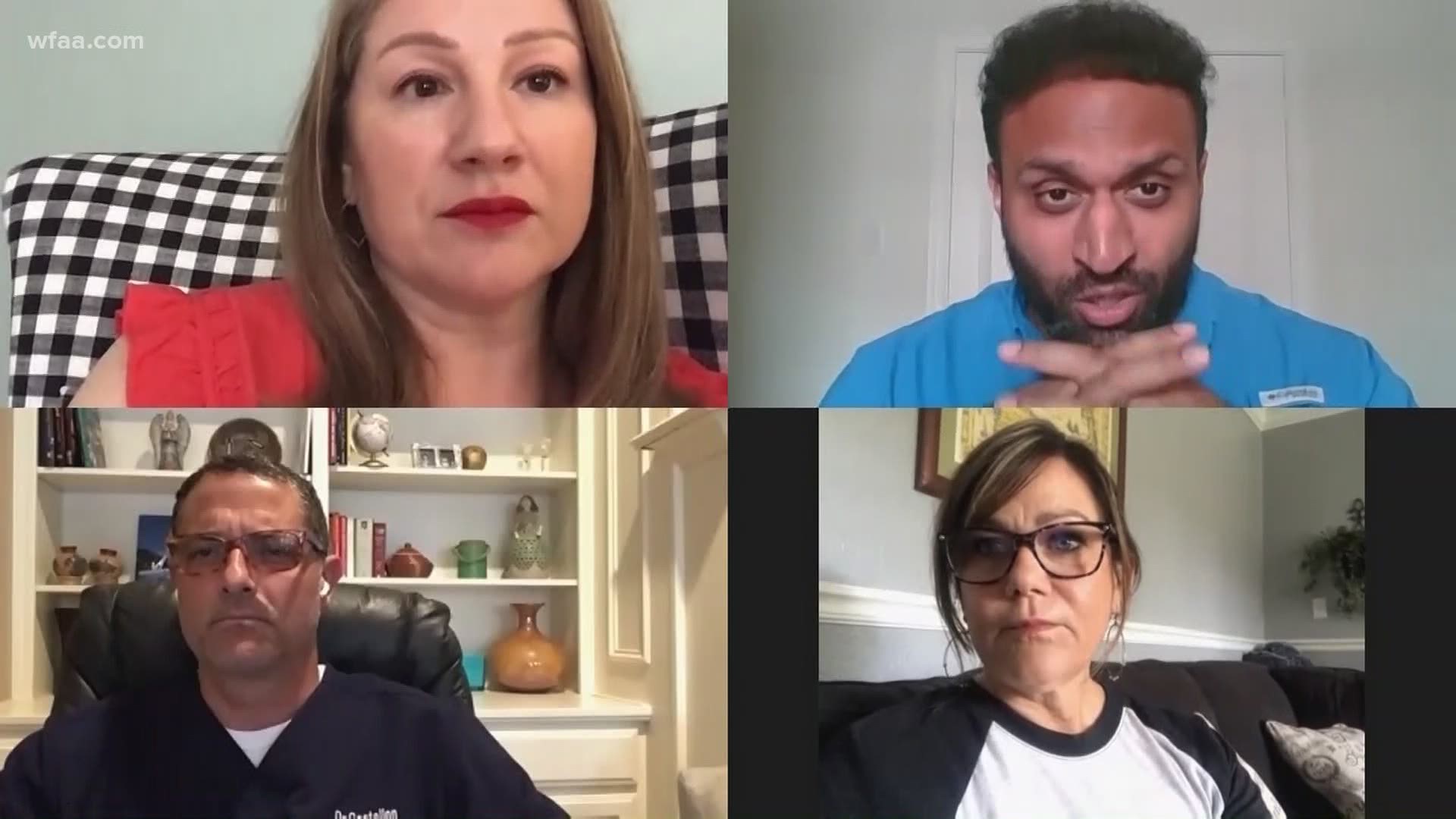 PLANO, Texas — Parents and students at Plano Independent School District have until July 16 to decide whether to choose face-to-face learning or remote learning from home. The district told WFAA this gives them enough time to allocate resources based on the numbers.

WFAA asked three parents, each with three children in the district, to join a quick Zoom call for a virtual round table discussion.

Of the three parents, only Angie Hickey has made up her mind to send her kids to school. Hickey said her family is low-risk, and she said she sees the benefit in socializing. All three of her children are also heavily involved in sports.

"They want to see their friends. They want to be interactive in their classes," said Hickey.

Plano ISD just rolled out its first draft of its return to school plan -- spanning 37 pages. It details what life and learning will look like for students in a pandemic.

All three parents read the plan prior to the interview.

Paulino Castellon told WFAA his family had their minds made up that their children would be learning remotely. Castellon has a child who is nonverbal and on the autism spectrum. He is concerned about the school's ability to function in the special ed setting.

"We don't know how he will react to a strange new disease," Castellon said.

Kaci Lahpor has a child with severe asthma. She shares similar concerns with Castellon in that the plan does not effectively address what happens when a student or employee is infected. The lack in isolation protocols make it difficult for them to allow their children to learn at school.

"I just don't see how they can maintain the social distancing aspect of it." said Lahpor.

WFAA also spoke with Rey McMurrey of the Texas AFT, the American Federation of Teachers. It represents close to 600 Plano district employees, according to McMurrey.

"It's a very detailed plan. The problem is it doesn't solve the problem of corona and COVID-19. Do we want our school districts to become the next cruise ship industry? That's where we're headed," said McMurrey.

McMurrey said AFT believes the first nine weeks of school should be virtual and face-to-face learning should begin in October or November.

The plan reads, "students and staff will be screened for COVID symptoms," but Paulino said that doesn't go far enough.

"What kind of screening are you going to do? I never saw where they are going to take temperatures before they enter the school," he said.

Every family has to choose what's best for them.

The district told WFAA on Thursday that it may go through several versions of a draft before it is final. The district will be meeting with parent and teacher advisory groups next week to discuss the nuances of the plan.

"I told my kids we're just going to go with the flow. We're going to roll with it," said Lahpor.