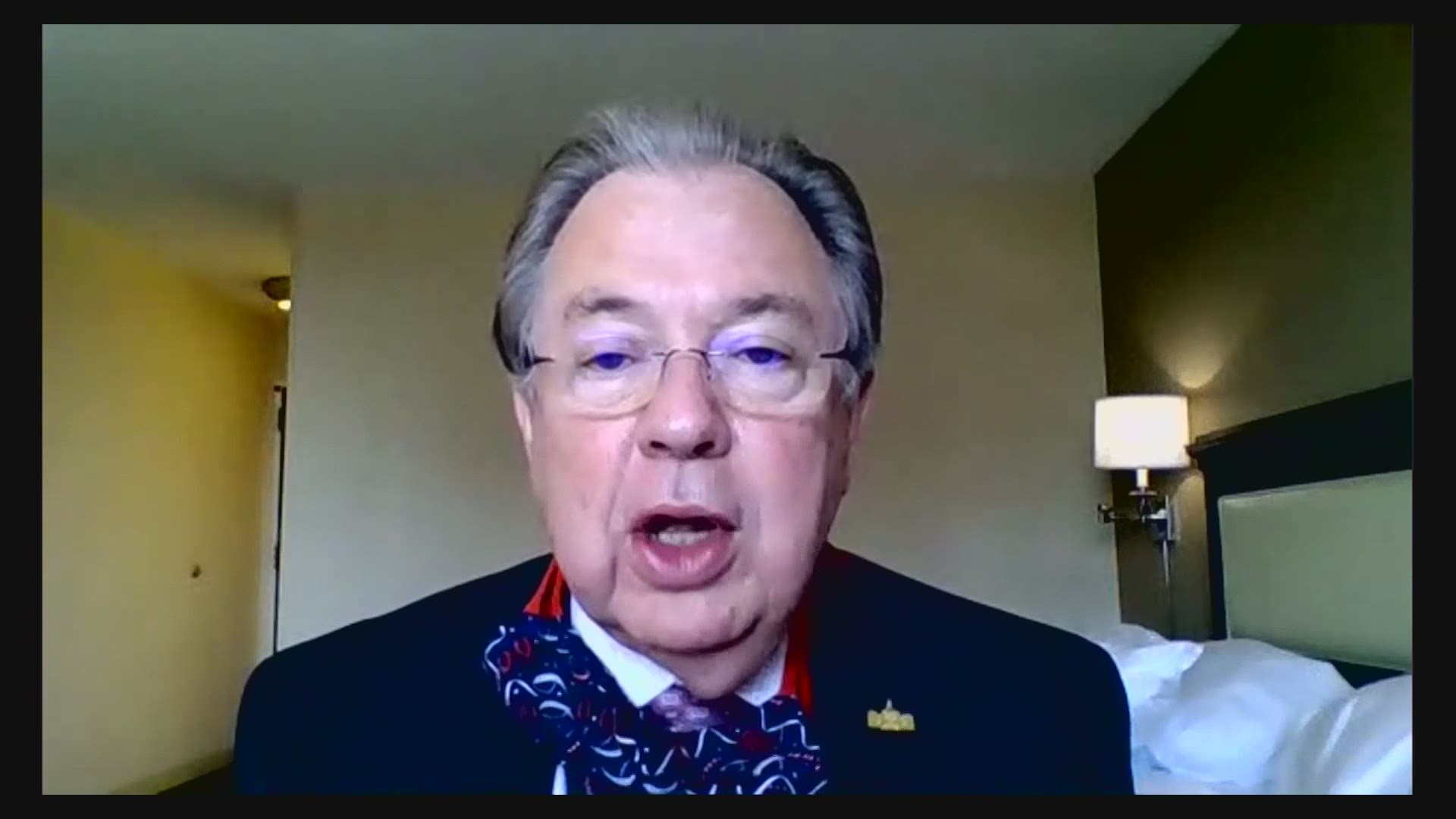 TARRANT COUNTY, Texas — Nearly 370,000 COVID-19 vaccine doses have been put into arms in Tarrant County so far. And next week, thousands of Arlington ISD educators and employees will be added to those stats.

A mass vaccination event Monday, likely at the Arlington Esports Stadium, will aim to get as many teachers and district employees vaccinated as possible, said Tarrant County Judge Glen Whitley.

"That's going to be our first attempt at reaching out to our schools," Whitley said. "It'll be the Johnson and Johnson vaccine. It's a one-shot dose."

This week the state expanded the eligibility groups to include teachers, childcare providers and others in education.

The vaccine event planned on Monday for Arlington ISD, which will be run by the Arlington Fire Department, will give the county great insight into how they'll proceed for other districts, Whitley said.

"We're going to be talking with all the school systems," he said.

On Thursday, Fort Worth ISD announced a partnership with Texas Health Resources to get its employees vaccinated. Employees were told via email they had until Friday afternoon to sign up.

Arlington ISD says they sent out 8,100 emails offering the vaccine; 3,200 employees so far have indicated they'll be there for Monday's vaccine. The district has 10,000 total employees, and spokeswoman Anita Foster says 1,400 have previously been vaccinated.

The event is being done on a pre-scheduled staff development day, so school won't be impacted.

No-shows for vaccines in Tarrant County

Tarrant County is also working on another issue: a 50% no-show rate when it comes to first-dose appointments, Whitley said. He says the county has started to invite far more people than they have doses, knowing many likely won't show up.

"What happens is, if we're going to try to give 3,000 shots, then we may make 6,000 appointments," Whitley said. "Our biggest fear is one of these days everyone’s going to show up."

They are looking into why this is happening. One of the possible reasons, Whitley said, is that people have received a vaccine elsewhere and have forgotten to cancel with Tarrant County.

The no-show rate is not sustainable and he said getting to the root of the problem is a priority.

The county also recently scrubbed its database, looking for issues, in part, to help with the no-show rate. Whitley said in one case, one person signed up 47 times on the county's vaccine waitlist.

On Thursday, the Texas Department of State Health Services said more than 200,000 vaccine doses have been administered in the last three days.