From Dec. 8 through Dec. 18, the December 2020 STAAR EOC assessments are taking place in school districts across Texas. 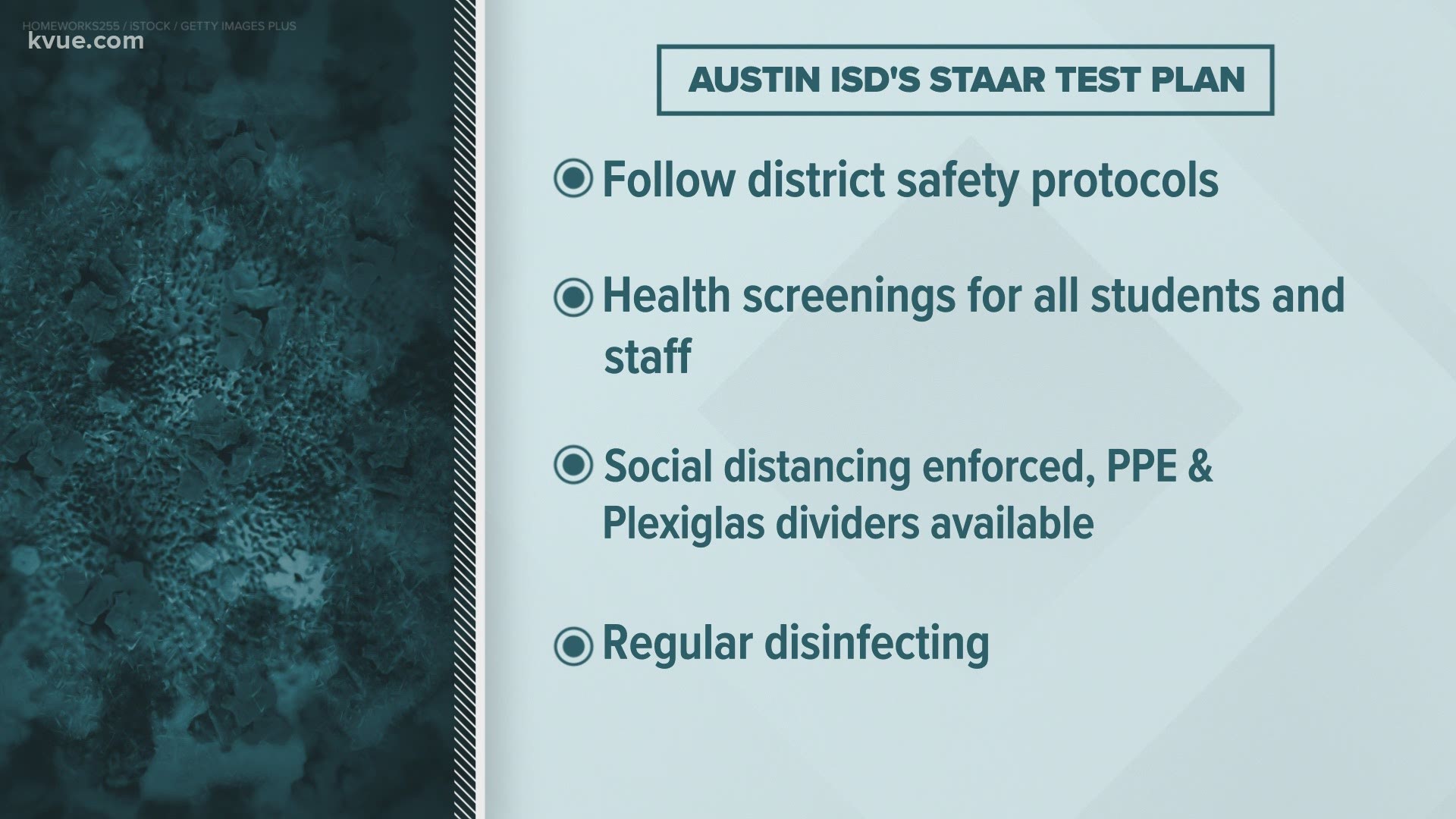 AUSTIN, Texas — Despite the challenges that students have faced amid the coronavirus pandemic, STAAR testing is underway in Texas and the Austin area.

In June, KVUE's media partners at the Austin American-Statesman reported that Texas would continue to require students to take the state-mandated, standardized exam, but with some changes.

Among the reported changes to the STAAR test would be including an expanded testing window and making adjustments to the way the State’s accountability system works "given we lost last year’s data and it’s going to be harder to calculate growth," according to TEA Commissioner Mike Morath.

From Dec. 8 through Dec. 18, the December 2020 STAAR end-of-course (EOC) assessments are taking place in school districts across Texas. The TEA extended the timeline for the tests to two weeks this year to allow schools more flexibility with scheduling.

Despite some students still taking part in online learning, STAAR testing must be completed in person because the students need a test administrator to supervise them.

Austin ISD said the district has the following plans in place to keep students and staff safe while they're on campus for the tests:

A spokesperson for the TEA said STAAR testing is important because it will help determine the actual learning loss during the COVID-19 crisis.

For the June STAAR grades 3-8 and EOC assessments, the tests will be administered over the span of two weeks.

Lawmakers have called for the TEA to cancel the test, or at least not use the scores to rank schools and districts this year, but a spokesperson for the agency said they have not made a decision about that yet.

You can find out more about the testing calendar here.

VERIFY: Will the COVID-19 vaccine cause infertility in women?