The Early College High School principal is accused of discriminating against special needs and transgender students. 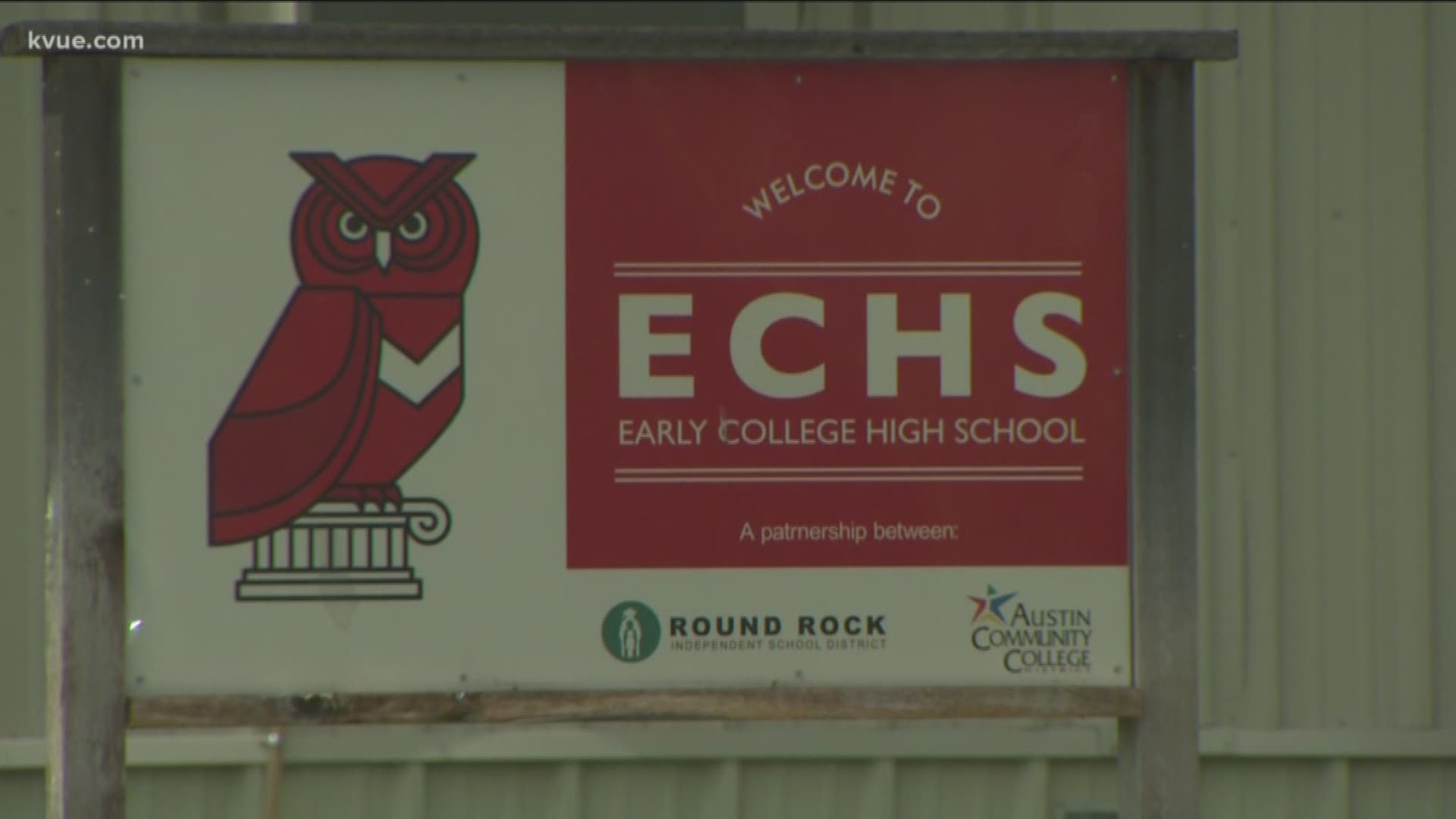 ROUND ROCK, Texas — A Round Rock principal is now on administrative leave after allegations of racism and discrimination at a Round Rock high school.

Parents and former staffers at Early College High School said that, until Monday, the school district refused to do anything about Veronica Coss.

The alleged comments were directed at black, transgender and immigrant students. And because nothing was done about it until Monday, a secretary and a teacher felt like they had no other choice but to quit their jobs.

"I would go home crying, my children would witness that," she said. "My husband, they were just like, 'Just quit, it's too much.'"

Nevarez said that's what it was like working for the principal at Early College High School.

Nevarez said she heard Coss say many offensive things about different students, about those with special needs.

"'We have so many students who are basket cases in this campus,'" said Nevarez, quoting Coss. "This was said to the whole staff in a meeting and many times in our office to our staff about students with emotional issues."

But the remarks weren't just about students. Nevarez said Coss made racist comments about a black teacher.

"'Those people of that culture are just lazy and she's a prime example of them,'" Navarez said, again quoting Coss.

Another former Early College High School staffer, Stephanie Martin, was seen on a Facebook post addressing the Round Rock school board. She told board members about similar allegations of Coss making comments about black people and those who identify as transgender.

"In my first year, a colleague shared she frequently heard the principal refer to a black employee by the N-word ... a trans student continued to be told to use the faculty restroom contrary to his gender identity," Martin said.

Ultimately, Martin told the school board she was so disheartened that she had to quit, just like Nevarez.

In the meantime, other parents like JoLynn Bartlett told KVUE's Jenni Lee that Coss wasn't giving their students 504 accommodations. These are special accommodations for students with special needs that are supposed to be protected under federal law.

"It's a tough battle. It's a battle for four years," said Bartlett.

"We are supposed to teach our children coping skills that are able to get them through life," said Justman.

Both parents said they had just about given up until they saw Nevarez's post on Facebook on Sunday, where Nevarez shared her frustrations about Coss.

"That's our story too. I saw you were meeting today and I thought, 'I need to speak up,'" said Bartlett.

The Round Rock Independent School District released a statement:

"As a school district, it is our goal to provide a safe and supportive environment for all students. Round Rock ISD does not and will not tolerate any form of discrimination in our classrooms, schools and facilities.

As this is a personnel issue, and an ongoing investigation, we do not comment on specific details. What we can share is that in accordance with our practices, for the protection of all those involved we place employees on leave when appropriate to complete the investigation.

We take all reports of discrimination seriously. When we receive reports regarding our employees, we conduct a thorough and comprehensive investigation, which includes speaking to witnesses who are available and willing to participate. If evidence supports allegations, we will take appropriate action."

2 children found dead in Temple home were there for days, police say