Fort Worth school board votes to delay start of fall semester until Sept. 8

The move comes after a change in guidance from the Texas Education Agency regarding funding for online-only classes. 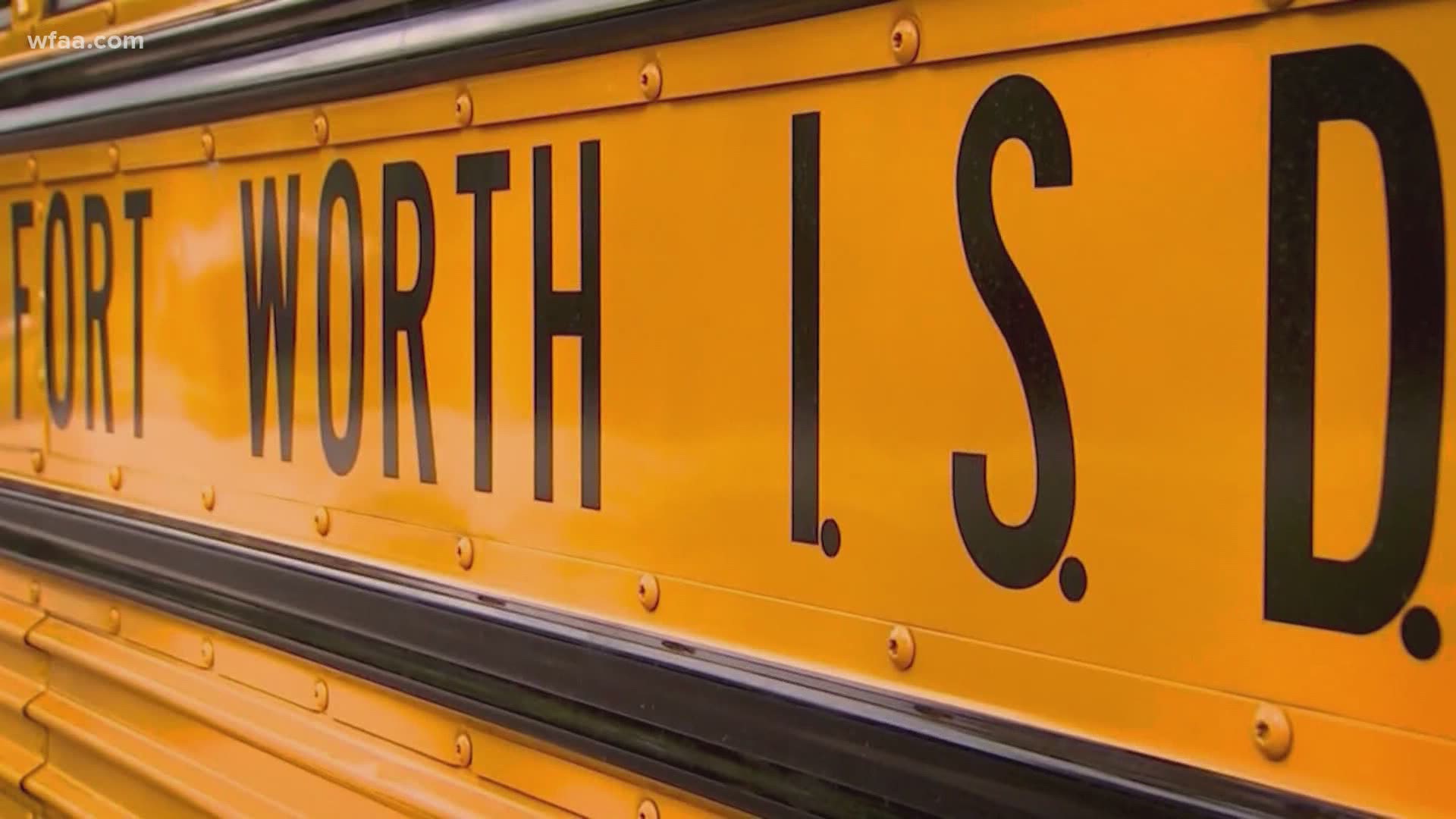 FORT WORTH, Texas — The Fort Worth ISD school board voted to start school online and push the start date back until Sept. 8.

The first four weeks of instruction will be held virtually.

School board trustees held an emergency meeting that began at 8 a.m. Thursday. After more than two hours of feedback from the community, the school board went into a three hour long executive session.

The emergency meeting was called after the Texas Education Agency reversed its guidance on Tuesday and told districts that remote learning would not be funded if the online learning is required by a county health order.

The Fort Worth school year was originally scheduled to begin Aug. 17 with in-person classes beginning Sept. 28.

The TEA has allowed school districts to begin online learning for four weeks with no effect on school funding and an additional four weeks if a district requests a waiver.

Dallas ISD last week moved its calendar from Aug. 17 to start school to Sept. 8. The district has said it will monitor COVID-19 data over the next few weeks before deciding whether in-person learning will still be offered when virtual instruction begins.

The vote in Fort Worth on Thursday provides even more certainty for parents and teachers by making the decision to go all virtual through at least October 5.

The modified calendar allows both Dallas ISD and Fort Worth ISD to request an additional four weeks for remote learning from the TEA to remain online with no threat of losing state funding through Nov. 3.

Arlington ISD officials said Wednesday that they would not push back the start of the school year, despite the new TEA guidance. School will still begin there Aug. 17 online-only.

"Regardless of the decision, there will be people who are not happy with how we proceed," said school board member Anne Darr before the vote Thursday.

She said the board is tasked to "do what is best for students and student learning."