Recess 4 times a day? Little Elm ISD says it helps in the classroom

A growing number of school districts are adopting a program that expands recess, with surprising results. 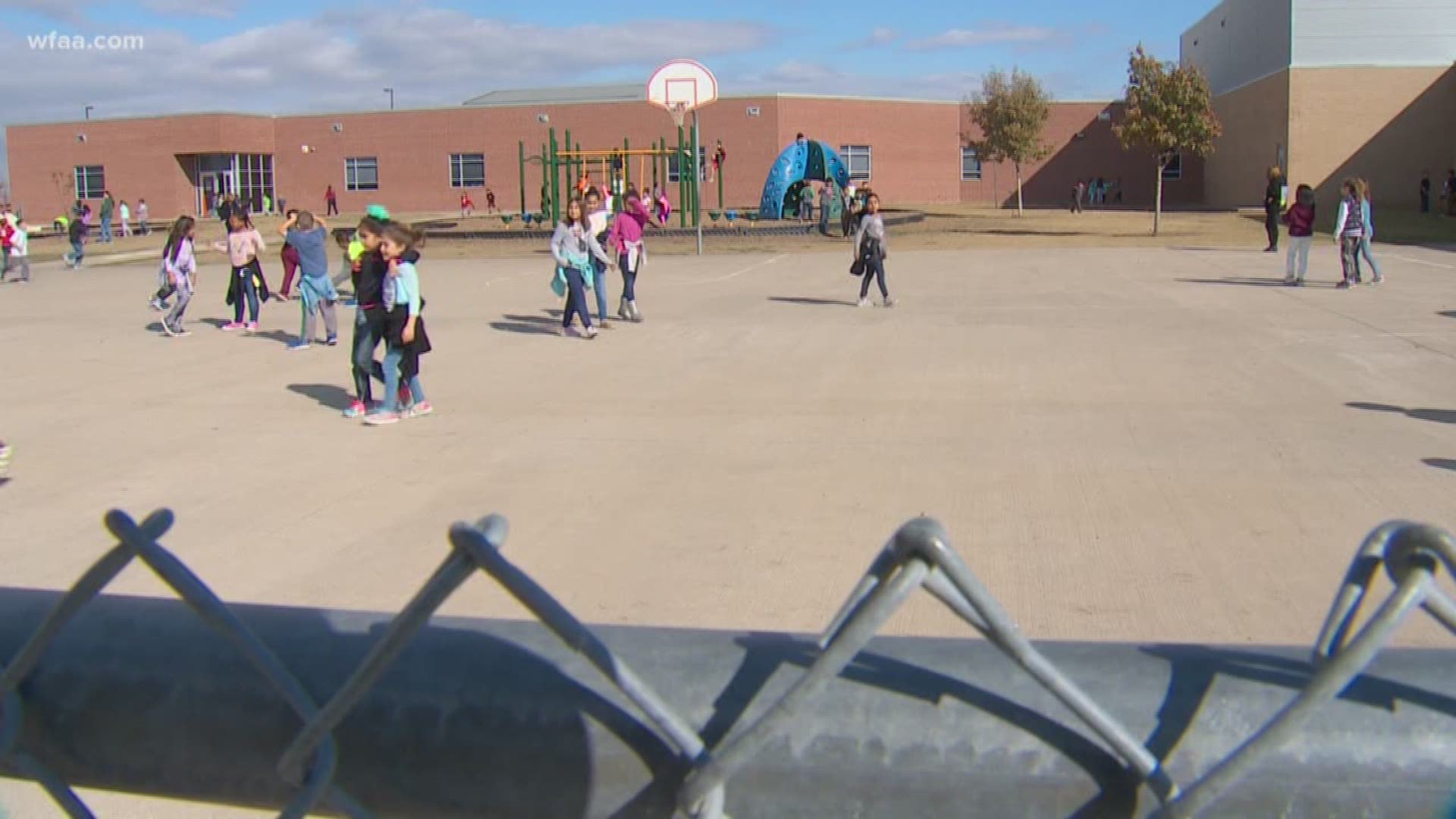 LITTLE ELM, Texas -- If your child's favorite subject is recess, they might be on to something.

A growing number of school districts are adopting a program that expands recess, with surprising results.

For every hour in the classroom, kids get the next 15 minutes outside for recess. Rhea says it means healthier kids, physically, mentally, and emotionally, and helps them renew their focus in the classroom.

"All these years we've been taking away play at playgrounds at schools and coming more indoors for everything we did," Rhea said. "Right now across the country, we have teachers that just can't teach because they can't get the focus of the kids. We're creating a culture change and we're shifting that culture so the kids are more relaxed and focused so that learning can take place."

The Little Elm Independent School District is the first district in the country to implement the program at all of its elementary schools.

"When you're outside, you can get all your wiggles out and get ready for learning," second grader Brook Madison said.

LiiNK recess is intended to be unstructured, imaginative play. You won't see sports balls or equipment.

Rhea is leading a team of TCU researchers in comparing schools and classrooms that have the program to those that don't.

"You see that all the academics get better, everything gets better," Rhea said. "They become happier, more stable, more adjusted children."

Rhea is still gathering data, since the program was implemented just two years ago. She said, so far, there are greater increases in reading and math levels in classrooms that have LiiNK, compared to those that don't.

LiiNK was inspired by a trip to Finland, in which Rhea was trying to gather data on why Finnish students appeared to do better academically

"Kids can be creative and critically think and socialize in a way that they don't get to do indoors when they're in a classroom," Rhea said.

So far, LiiNK been adopted at 20 schools in Texas and Oklahoma, and there's growing interest across the country.

"I love that my younger kids get to go out four times a day, socialize, be in the sunshine,' said Misty Madison, Brook's mother. "Whenever {Brook} gets home from school, she doesn't hesitate, she gets her homework done as soon as she can."

Bowden said the transition between recess and classroom time has become smoother, in which kids can pick right back up where they left off when they come in the classroom.

"I haven't been able to do that in year's past," Bowden said.