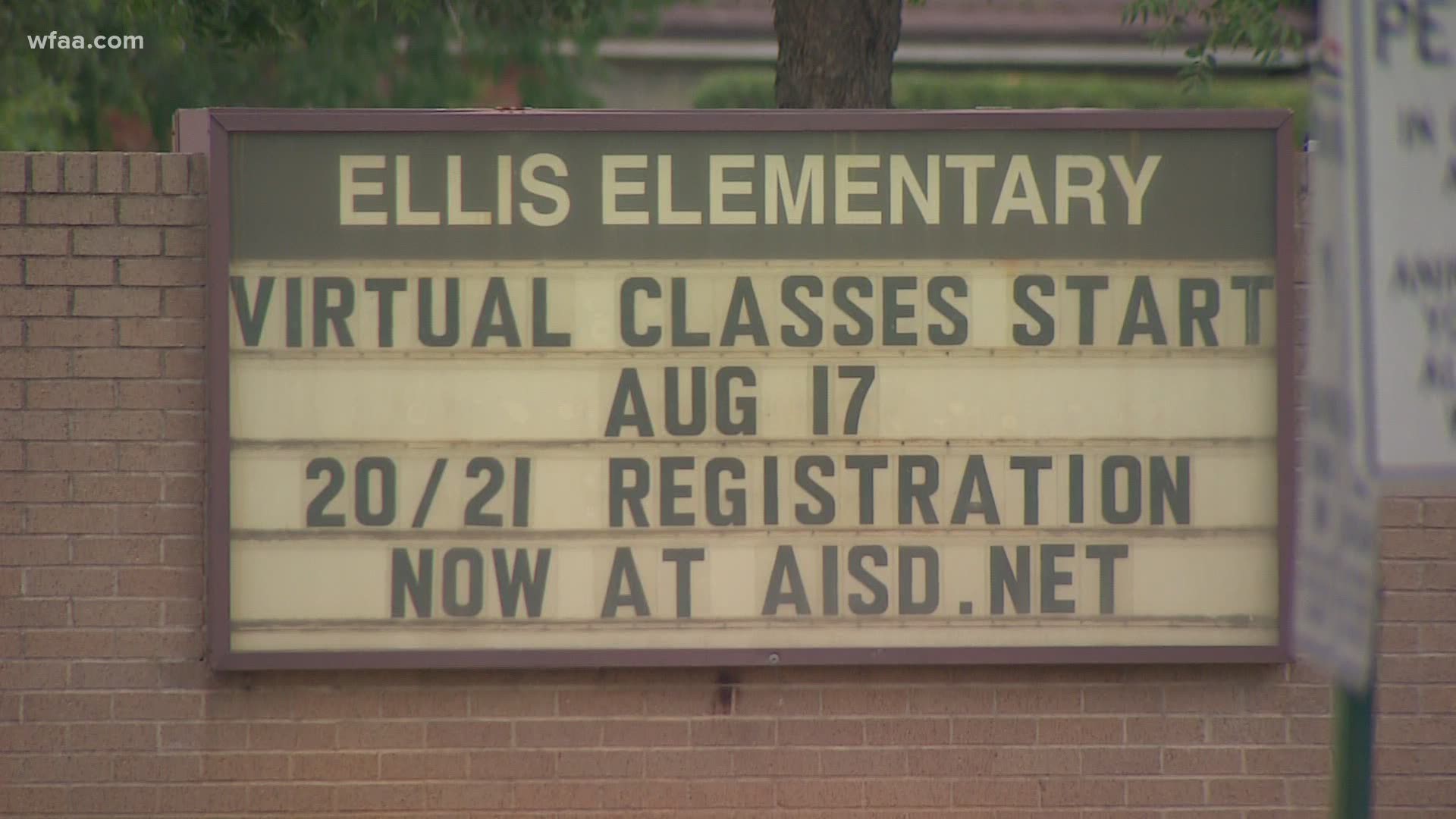 Young said some Arlington ISD students hadn’t completed registration by Monday, so those students did not have permission to access the virtual classrooms.

While Young was teaching, he was also granting access to his online lessons to newly-registered kids.

“They’re trying to get in (to the virtual classroom) while we’re communicating with students and trying to present today’s mini lesson,” Young said. “So it got a little overwhelming, but I pulled it together and it was just kind of multitasking. And the kids were so great and patient.”

Young taught from his desk while looking at his computer screen in his empty Ellis Elementary classroom.

“It’s kind of hard to monitor every student’s actions when they’re first coming in because you’re also dragging things on a computer screen that would normally be up on my board, and I could just point and monitor and watch the class at the same time,” Young said.

But as Monday went on, Young and his students found their rhythm.

“Everything was just starting to fall into place to where I could just start teaching and not worrying about anybody else coming in (to the virtual classroom).”

Mesquite ISD welcomed about 38,000 students back for the first day of virtual school Monday. And there were some technological issues there, too.

Belt teaches social studies and U.S. history to sophomores. This is his sixth year teaching at the Mesquite high school.

“There’s so much online that you can use, so it can be overwhelming sometimes,” Belt said.

But despite all the challenges, North Texas teachers agreed that school – even virtual school – creates a schedule that’s familiar to students and staff.

“Even though we’re online, they were super excited to get back in school and have a routine and see teachers and meet new people,” Belt said.