"We might make it, but we'll also be having the memorial section of the yearbook at the end of the year," said a teacher, who wanted to remain anonymous. 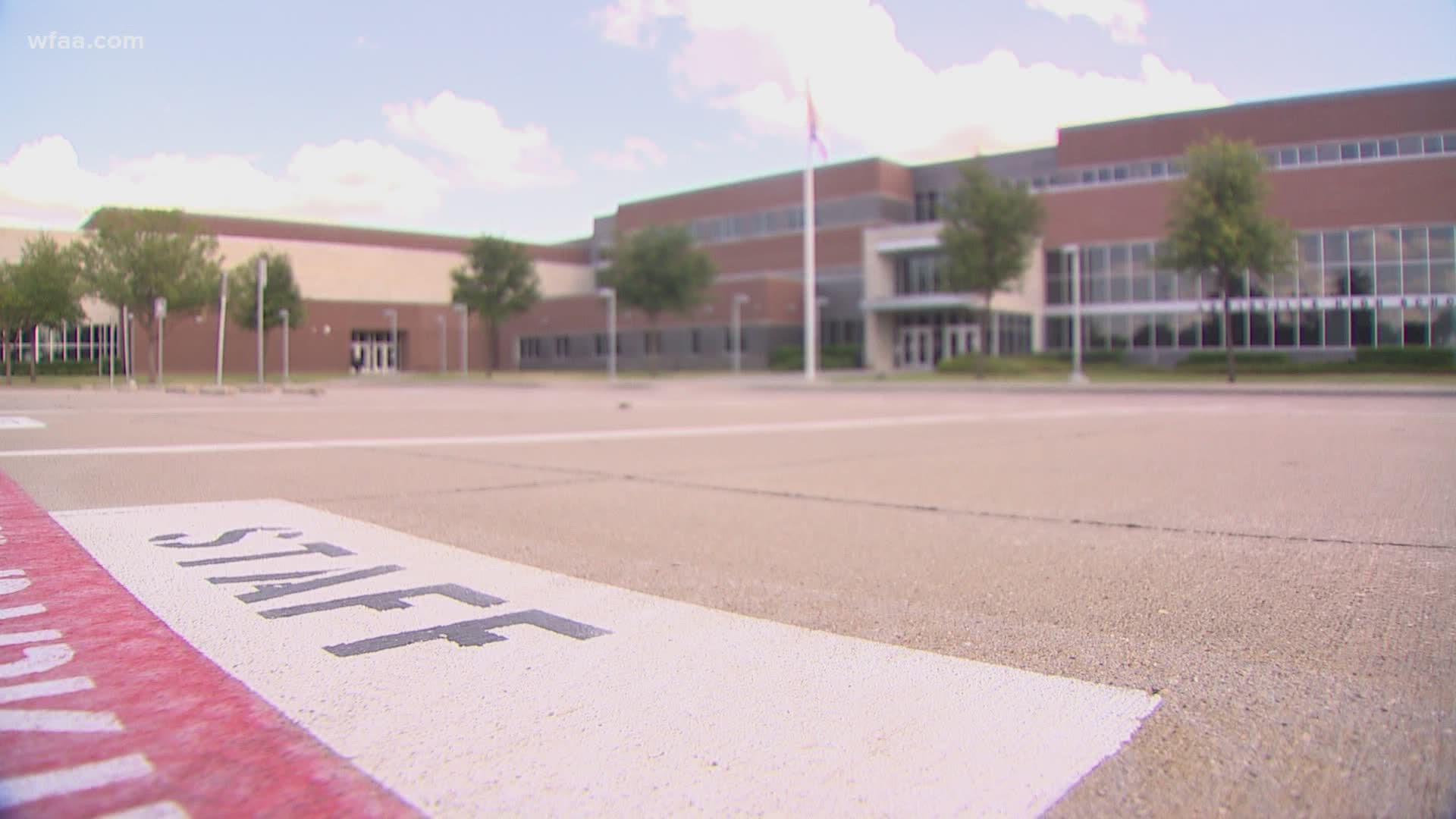 FRISCO, Texas — The pandemic has already thrown so much into chaos, but when you add children and education into the mix, it can be overwhelming. Some parents, students and teachers feel education decisions have been taken out of their hands.

WFAA met with a teacher who asked for anonymity. The teacher fears retaliation from the district he works for by speaking out. But he felt it was important for people to hear the voice of some teachers who feel big decisions at the district level could put them at risk.

"It's hard to be in a good place mentally when you're fearing for your safety," said the teacher.

The teacher will only share that his spouse works as an educator for Lewisville Independent School District. He said the district has asked for all teachers to report to campus shortly.

The couple has small children and one child has a pre-existing condition that puts them at serious risk during a pandemic.

"I can't stand the thought of putting my child in a coffin," said the teacher.

In contrast, WFAA attended a rally in Frisco outside school district headquarters on Thursday. The parents at the rally are asking the district to open up the schools.

"I want those of us who are OK with sending our kids to school and teachers OK with going into the schools to be able to do that," said Kelly Broussard, the parent of McKinney Independent School District students.

Parents are calling for transparency. Several told WFAA they are not against virtual learning, but they are against decisions being taken from them.

Broussard said she is aware every parent has to make decisions that are based on their dynamic and situation.

"Whatever parameters or numbers the district is saying this is why we're doing online to start, OK tell me what those are," said Broussard.

The teacher who wants to remain anonymous feels a decision was taken from them too. He said the district should value the input from teachers and let teachers focus on creating excellent online content from home.

The Lewisville ISD Board of Trustees decided last week to push back the first day of school from Aug.12 to Aug. 19 this year. Students at the district have been given the choice of both in-person and virtual learning options.

"To the parents who say if you don't do your job, find another job. A lot of teachers are," said the teacher.

He said he's aware of several teachers who are forced into retirement or taking sabbatical.

"We might make it, but we'll also be having the memorial section of the yearbook at the end of the year," he said.