If the spread of the novel coronavirus doesn't slow, Dallas ISD students likely won't be back in a classroom in August. 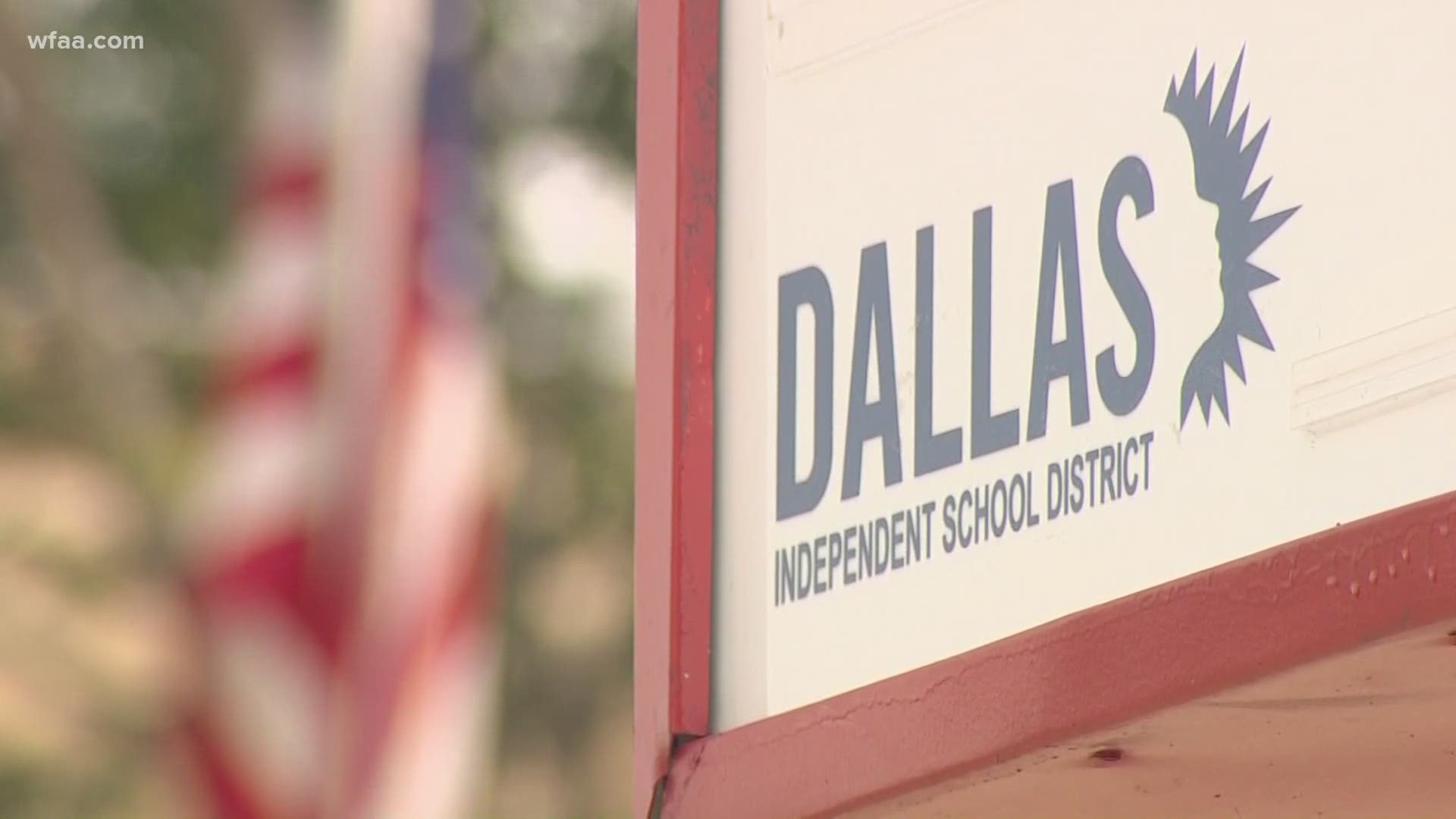 The above video is from another education story.

It’s still unclear what “back to school” will look like for Dallas public school students this fall.

“No decisions have been made for August,” Dallas Independent School District Superintendent Michael Hinojosa told trustees at Thursday’s board meeting, which was held virtually.

But if health experts' forecasts are correct and COVID-19 makes a comeback later this year after a summer of increased business openings, Dallas public school students probably won’t be returning to physical classrooms any time soon.

In the event the virus abates by the fall, officials may have students on a “hybrid” schedule, where they could come to a physical campus a few days a week and then continue online learning the rest of the week.

See the latest DISD options for the fall here.

“A lot depends on what direction we get from health officials and state officials,” Hinojosa told trustees.

Trustees were briefed on a long-range proposal to build a “hybrid” school for kindergarten through eighth-graders. It would have larger classrooms to facilitate social distancing, where students attend a few days a week and then attend class online the rest of the week.

But that campus is in the early planning stages and, if approved, would not be completed until August 2021. The campus would be a choice school, meaning parents could send their kids there if they chose.

In the short term, with more Zoom classes likely happening this fall, the district wants to continue to help DISD families with no home broadband internet.

This summer DISD will literally “roll out” wifi-equipped school buses throughout the district as part of a program called “Operation Connectivity.”

“It’s no longer a luxury to be connected,” Hinojosa told trustees. “It’s a necessity. It’s a social justice issue.”

Earlier this year when the coronavirus pandemic closed schools across the country, DISD distributed tens of thousands of wifi hotspots to families as a short-term solution.

Parking wifi-equipped school buses throughout the city isn’t ideal, Hinojosa acknowledged, as it invites vandalism and could attract throngs of people in violation of social distancing measures designed to prevent spread of COVID-19.

That’s why increasing permanent, high-speed broadband connectivity to all homes in Dallas and throughout the state of Texas is a long-term solution, Hinojosa said.

RELATED: North Texas districts try to reach students who have not logged on for online learning

The goal is to partner with state and federal government for funding, as well as private industry, to provide home broadband internet for every DISD student by January 2021.

In Dallas, 42% of households don’t have broadband internet service, making Dallas the sixth worst city in the country for connectivity, according to research by the Federal Reserve Bank of Dallas presented to trustees.

The Dallas neighborhoods of Pleasant Grove and South Oak Cliff have some of the least connected households, that research shows, which are some of the same places with the highest concentrations of COVID-19 in the city.

“If there’s anything good that will come out of the COVID-19 crisis, it’s a good understanding that there’s no equity if there’s no connectivity,” trustee Dan Micciche said.