Fort Worth ISD's proposed $1.5B bond could be game-changer for school athletics

Superintendent Dr. Kent Scribner is convinced the proposed bond is what's needed to make changes to equity among athletics programs. 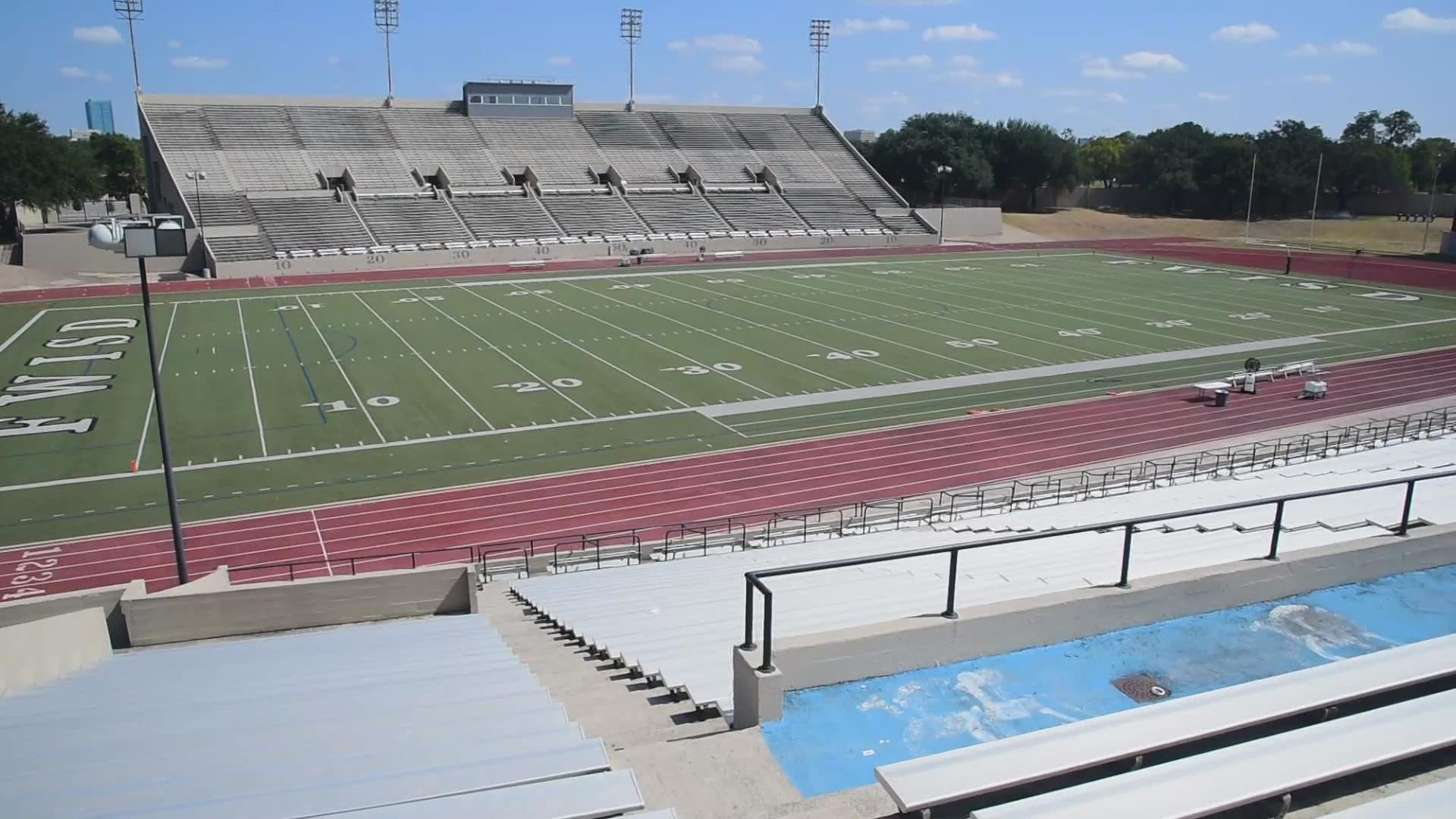 FORT WORTH, Texas — One of the football fields shared by more than a dozen high schools in Fort Worth is centrally located near downtown. Still, every time the district is forced to share space, nobody feels the impact more than the athletes and their families.

Among those families is the Cruz household where football is everything to 15-year-old Marsalino Aris.

Just like his little brothers Samuel and Vince who follow in his footsteps, there's no missing a game.

Tracy Cruz has become the home base for some of her son's teammates when they have to travel to one of the stadiums for early morning practices and evening games.

“I tell them they need to eat before they come to the house although I feed them it’s sometimes isn’t enough,” said Tracy Cruz, “He (Marsalino) goes crazy bugging me saying 'Mommy I got to go, I got go. I gotta be there.' He does not like missing. He gets upset if there is a game canceled."

But mom shared sometimes games are canceled due to stadium scheduling. That's because 14 Fort Worth high schools share three stadiums like Farrington Field near downtown.

It's the second largest in the district with seating for more than 18,000 spectators. Farrington is also used for track & field events in the Fort Worth area.

Dr. Kent Scribner serves as the superintendent. He wants to change how each high school is viewed by parents who believe their area is left unrewarded by investments into their children’s athletic programs like football.

In November, Fort Worth voters will decide on the district’s largest school bond ever. Dr. Kent Scribner is convinced it’s what the district needs to make changes not only when it comes to stadiums for student athletic programs, but also for equity.

Scribner told WFAA's Jason Whitely why it's crucial that voters say "yes" to a $1.5 billion bond, which covers three new stadiums and more. The district is also facing challenges with the number of middle schools and accommodating growing enrollment.

“One of our parents said, when we play a home game at one of the larger central stadiums, it's farther than when we play an away game at a neighboring district,” said Scribner.

The bond referendum is an emotional concern for former high school football player and Fort Worth father Elbert Hawkins. His two sons play football. One of them is following in the same footsteps as an athlete in the same school as Hawkins.

As a Fort Worth entrepreneur, Hawkins wants more than just the bond to pass. He wants the culture in Fort Worth schools to also be addressed. Just like the superintendent, Hawkins believes students like his sons deserve the best of the best when it comes to all aspects of education.

Hawkins hopes the school bond also changes opportunity for students like his sons.

“Are we really trying to elevate these young men and women to become productive citizens of Fort Worth,” said Elbert Hawkins.

Scribner has held community forums to collect feedback from parents like Hawkins. Now with $1.5 billion bond up for a vote, it could change the game when it comes to high school football in Fort Worth. 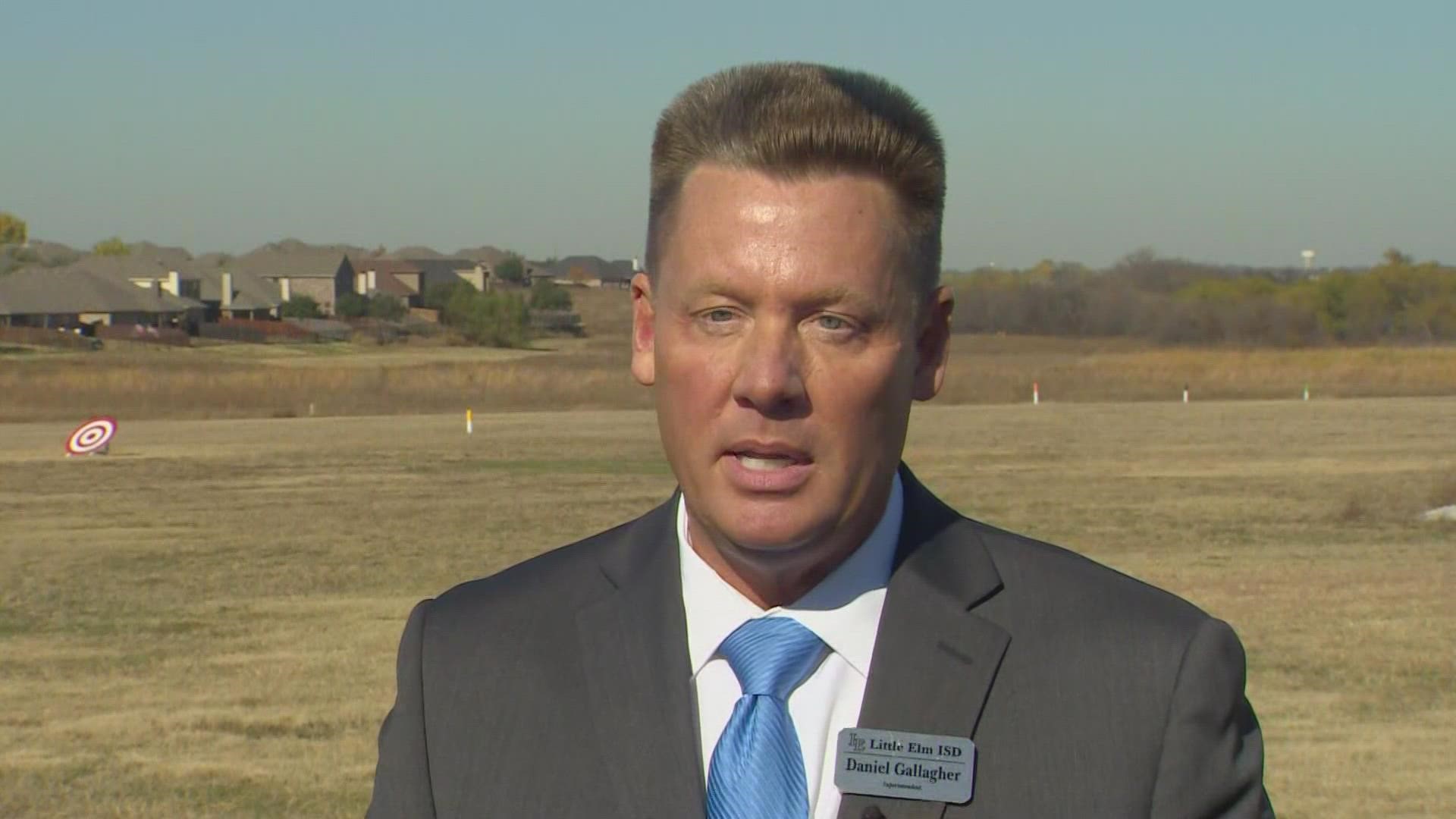