Families to spend nearly $700 to go back to school 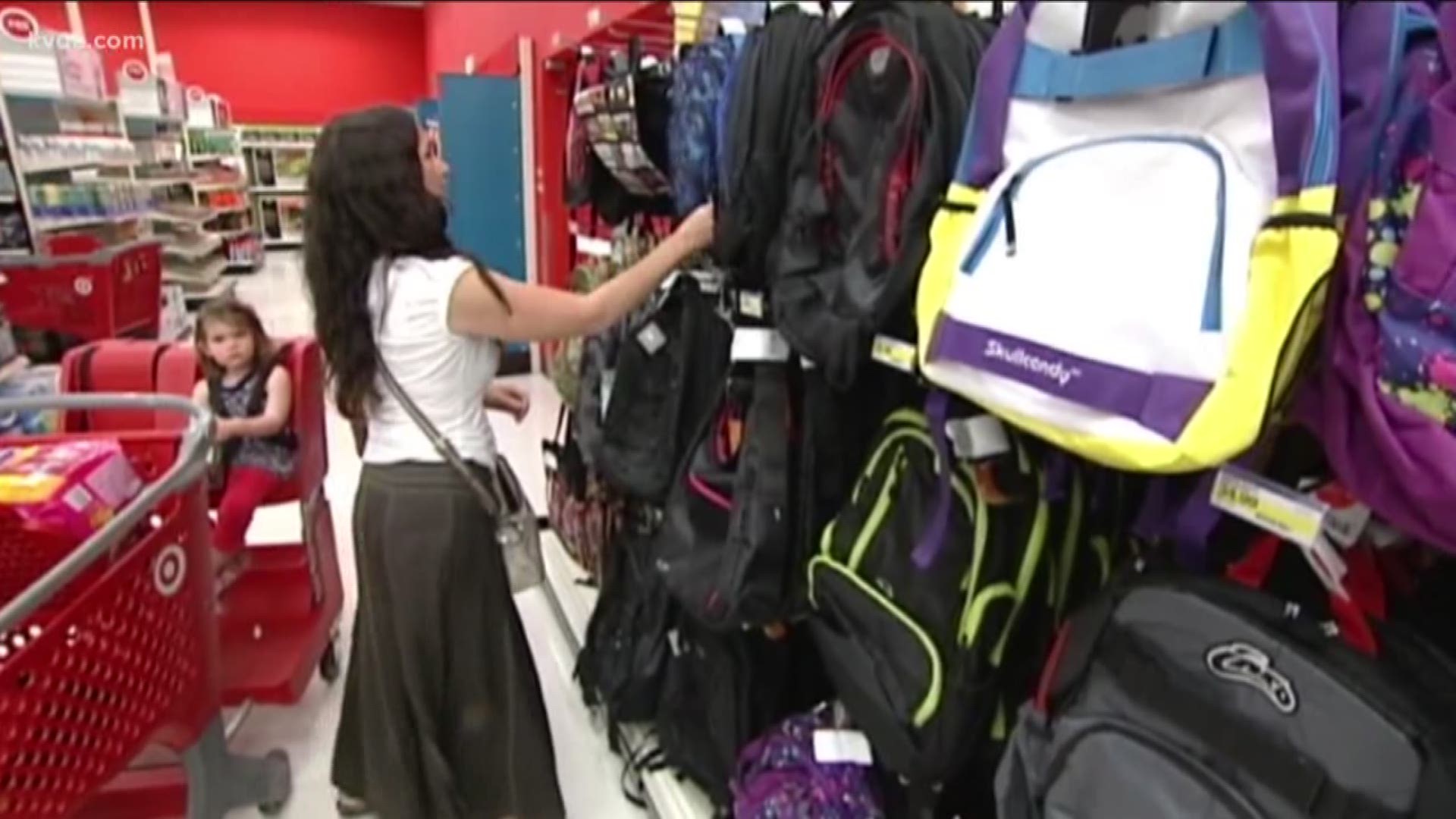 TEXAS, USA — According to the National Retail Federation, the average American household will spend $696.70 to go back to school in 2019. That's the highest amount ever recorded by the group.

The retail federation has been conducting surveys about back to school spending since 2003. Its research found not of all the money spent goes toward buying schools and pencils. Researchers with the retail federation estimate that families will spend $239.82 on clothes and accessories during the back to school shopping season. Another $203.44 will be spent on electronics, including calculators and tablets.

Procrastinators typically prevail during the back to school shopping season. The retail federation found that 56% of families don't start shopping for school supplies until the end of the summer. 49% of those families said they wait to take advantage of the best sales late in the season.

Tax-free weekend: Why are some items not exempt?

Survey: 43% of parents pressured to overspend on back-to-school shopping

6 ways to save on back-to-school shopping

Sales taxes will be waived during Texas' tax-free holiday, running from August 9 to 11. The exemptions apply to brick-and-mortar stores in Texas, as well as online retailers that do business in Texas.

A list of what items are exempt and which aren't can be found on the Texas Comptroller's website.

WATCH: What is and isn't included in tax-free weekend?