"It is different but it's still not to the point where you can make an excuse to give less than your kids deserve," said Jaqueline Rosenquist, a Plano ISD teacher. 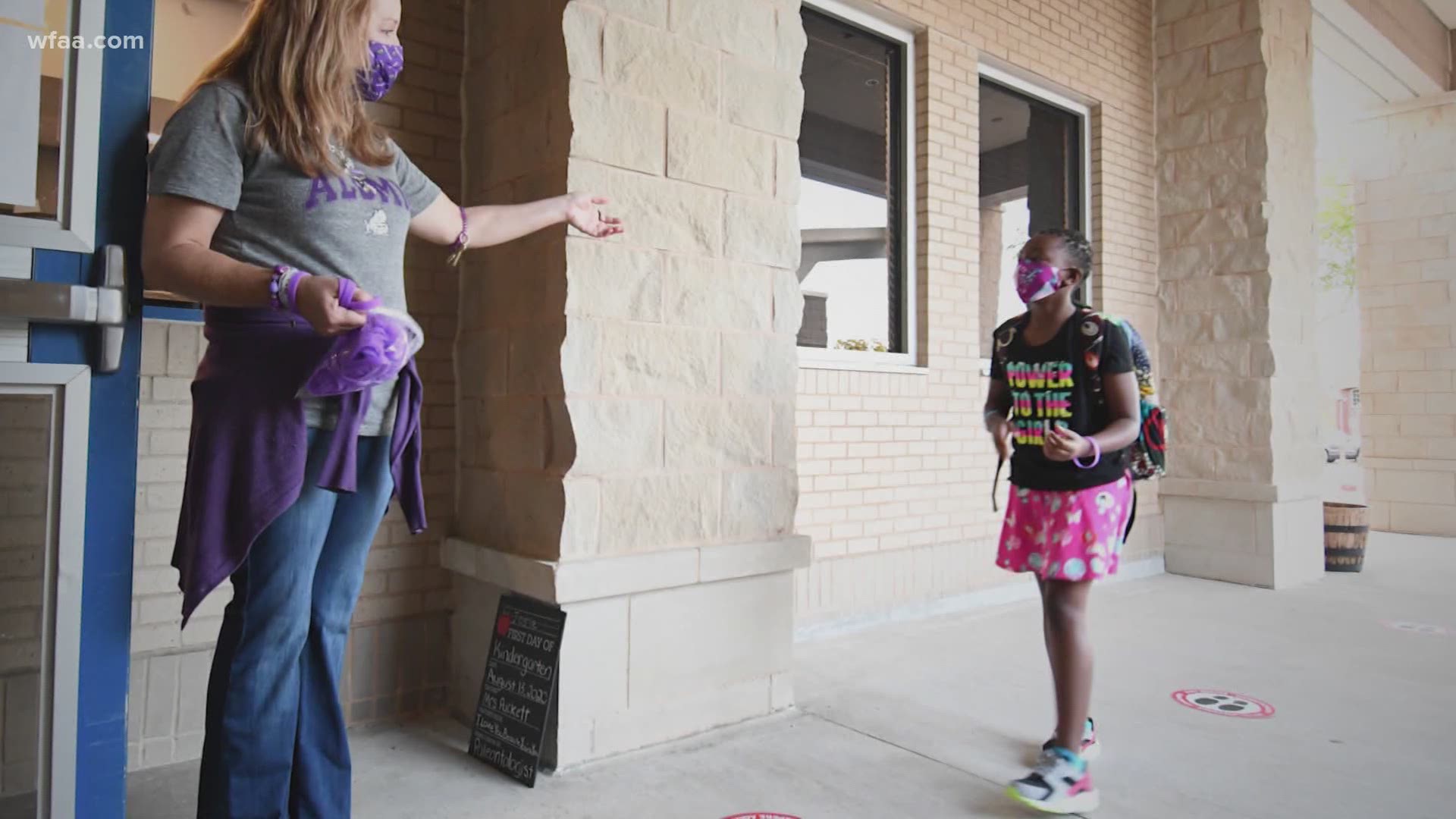 COLLIN COUNTY, Texas — There is always something memorable about that first day of school. Most people can relate to that feeling of anxiety mixed with excitement after a long summer. Unfortunately, the pandemic has made that summer even longer and anxieties even higher entering this school year.

Jaqueline Rosenquist is a 5th-grade teacher at Hughston Elementary in Plano ISD. She hasn't seen her kids since spring break and admits to WFAA she did not sleep well the night before school started on Wednesday. She says she was too excited and had "a million and one things going in [my] mind."

"I had a bunch of smiling faces on my Zoom screens today." Rosenquist said Thursday. "It iis different but it's still not to the point where you can make an excuse to give less than your kids deserve," she said.

Rosenquist, a teacher for 10 years and last year's Plano ISD Teacher of the Year, met with 56 of her 5th-grade students over three periods through a computer screen Wednesday. As expected, it came with some technological challenges that she says can be overcome.

"It's the first day and they're trying to access Zoom codes and access Google Classroom. There's a big learning curve behind this," she said.

RELATED: Some parents frustrated over technology issues during first day of virtual learning at Granbury ISD

Wylie ISD had its first day of school on Thursday. Austin Keisler was Teacher of the Year last year at Wylie ISD. Now he's the assistant principal at Draper Intermediate. He said students had the choice between in-person learning and virtual learning, and about half the school population was on campus Thursday.

"It was awesome. They come running up and they try to give you a hug and you say, 'Whoa whoa whoa, we can't do that,'" Keisler laughed.

Keisler tells WFAA that aside from some minor technical issues, the day could not have gone any better at the intermediate school. When asked how well it went, he graded the first day of school an "A+."

"You can't really see their smiles but you can see their eyes behind their mask smiling. It was just a great day," he said.

One thing the pandemic did not take is an educator's love for teaching and children. Keisler told WFAA that these first few days are about giving educators all the tools and support they need. And also, letting the students know that the teachers and administrators care about their well-being.

"It was as normal as normal can be right now. It's just going to be adjusting continuously and fixing anything that needs an adjustment," said Keisler.