Superintendent Michael Hinojosa met with Dallas County health officials Wednesday to get guidance on whether school should start virtually, the district website said 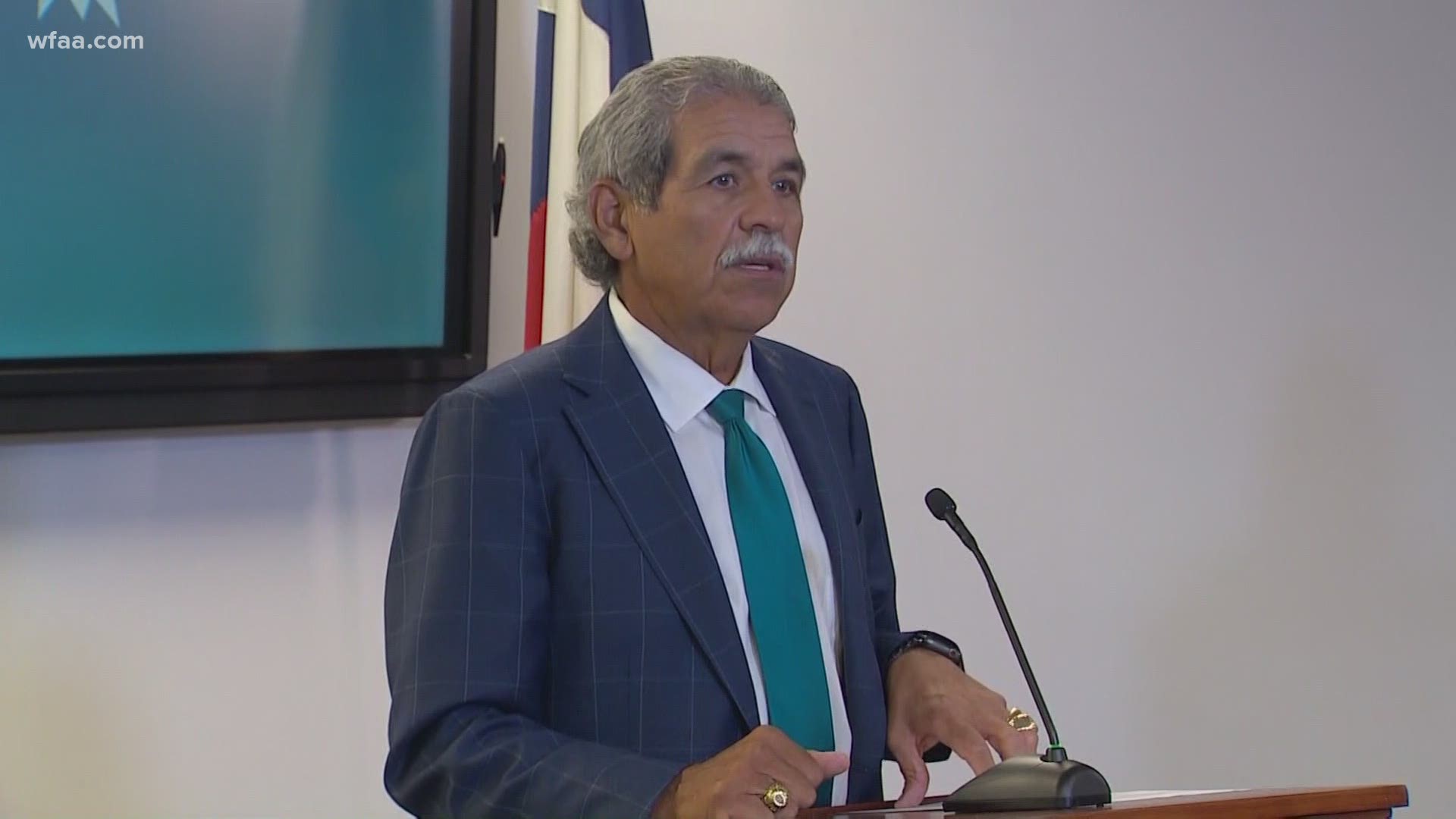 Updated at 4:36 p.m. with comments from the news conference.

Students at Dallas ISD will be learning online-only for the first four weeks of school, Superintendent Michael Hinojosa said during a news conference Thursday afternoon.

The announcement came the same afternoon that Judge Clay Jenkins shared a recommendation that all schools begin virtually based on their data and the spread of COVID-19 in Dallas County.

The largest district in North Texas is scheduled to start school on Sept. 8, after Labor Day.

After the first 20 days of virtual learning, the Board of Trustees has to approve whether to extend virtual-only learning any further, Hinojosa said. Board members knew about the move and some support it while others don't, he said.

Ultimately, DISD can go 8 weeks with online learning before state funding is impacted and not earned.

At that point, if cases don't get better, Hinojosa said he may take legal action against the state.

"This is not going to be a slam dunk, wherever it goes, when we go for the next month," Hinojosa said.

The start date had been pushed back from its normal schedule to allow the district to prepare for teaching in the pandemic environment.

Hinojosa said he'd like the district to make decisions month-to-month and rely on the Dallas County Health and Human Services.

"Until we get directions from them we are going to kind of hold off," Hinojosa said. "Right now we’re definitely in the red zone. Even though things are significantly better, there's not one indicator that says it's OK to bring students in person."

In-person practice for student-athletes will also be postponed, Hinojosa said.

"There's still a lot of debate on whether we will have football," Hinojosa said. "We will have to monitor that."

Teachers and members from the Dallas teachers union spoke out at the last board meeting demanding in-person learning be delayed.

Hinojosa said he was on a call with other superintendents and they discussed how teachers were enjoying in-person teaching and seeing their students again.

"I want to wait and see how our teachers feel when they do have the opportunity to work with each other," Hinojosa said.

The district has dealt with the pandemic, along with tornadoes last year that affected four schools.

"We’re going to have to change. This has been a very eventful year like nothing else," Hinojosa said. "We’ll have to learn from it."

At the end of July, Texas Attorney General Ken Paxton said local health authorities may not issue sweeping orders to close schools for the purpose of preventing future COVID-19 infections.

In July, an order from Dallas County Health and Human Services stated that public and non-religious private schools must remain closed through Sept. 7.

Jenkins said in a tweet that Paxton's letter "won't change much" in the county because superintendents and educators were working collaboratively.