Community members say they have reason to believe the payout to Dr. Elijah Granger may be more than $1.5 million. 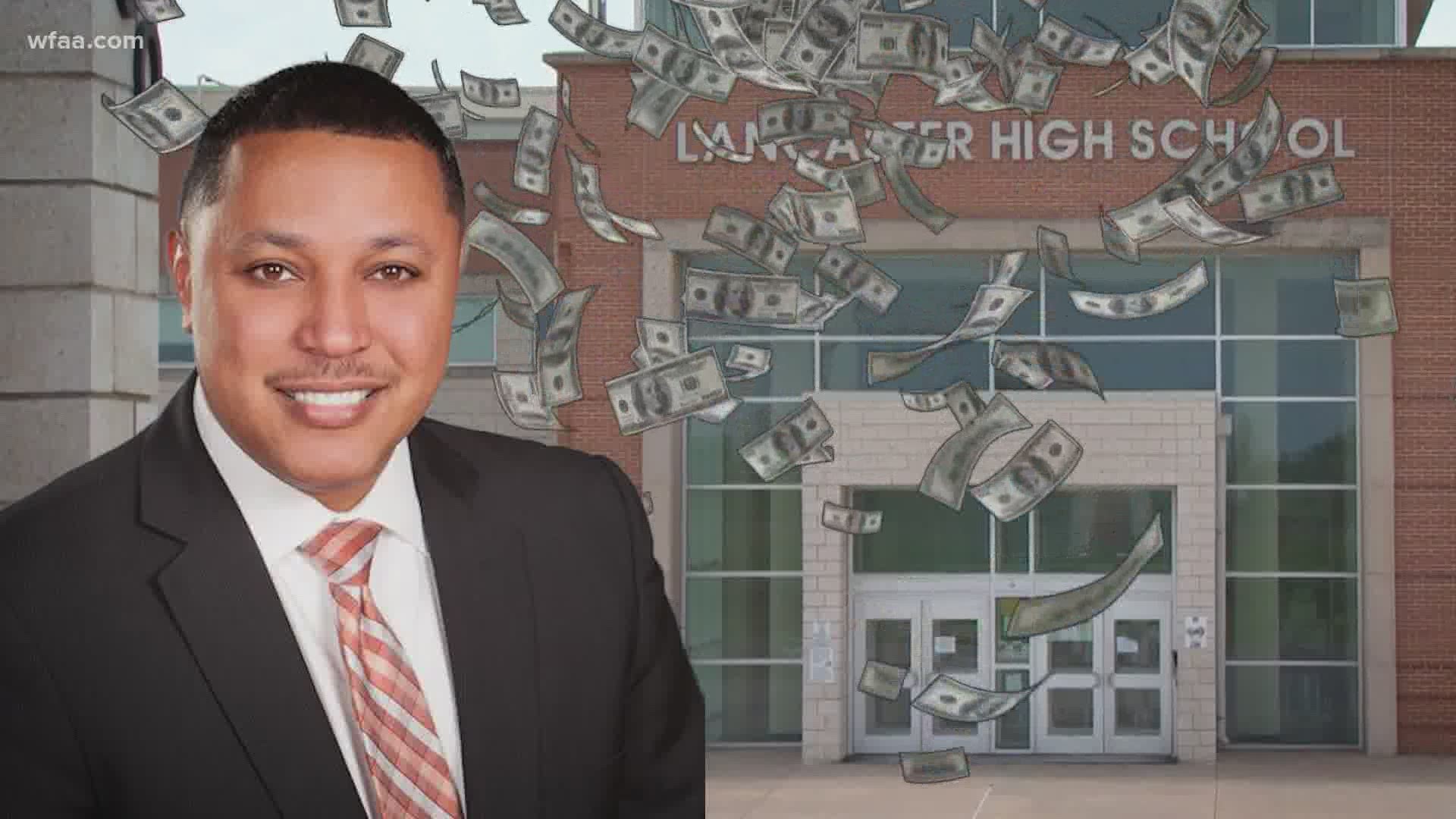 LANCASTER, Texas — Some community members in Lancaster, Texas are asking questions about the board of trustees recent handling of the controversial resignation of Superintendent Dr. Elijah Granger.

“This has been a trying day,” said Ty Jones during the school board’s meeting on Monday.

It’s the middle of the school year and students, staff and families continue to deal with the stresses and uncertainty of a pandemic.

"It's a sad day financially," said Trustee Carolyn Morris during the meeting.

The special called meeting ended with school board members accepting Granger’s resignation by a 4-3 vote.

“I regrettably and with a broken heart vote yes, because it's what we need to do," said Board President Ellen Clark, as she began to cry.

Critics say it’s what wasn’t discussed, openly, that has some community members concerned. They want to know what price the school district has to pay in order to part ways with the superintendent. Most of the meeting was conducted behind closed doors in executive session.

However, the impact the vote will potentially have on the school district was suggested as some board members spoke out.

"Those funds could be used for students and for teacher support," said Jones.

The community has reason to believe the payout could be more than $1 million.

"It's not in the best interest of our students, staff, community,” said Hamilton, as she voted during the meeting.

Granger’s base salary was $315,000 annually. A clause in the new agreement says Granger would be eligible for all of his aggregate salary and benefits through the end of his contract.

That adds up to more than $1.5 million. It is unclear whether or not he’ll get that money.

Board members are not at liberty to discuss specifics about the separation agreement with the superintendent. However, Morris, Hamilton, and Jones filed a temporary restraining order against Lancaster ISD before Monday’s meeting, out of concern for what was about to go down.

“That restraining order would have given us opportunity and time to ask questions before all of this took place," said Morris.

Some residents said they’re hoping the state steps in to take a deeper look at the circumstances around the superintendent’s resignation and the board of trustees vote during Monday’s meeting.