The changes allow for bra straps and the waistband of underwear to show. 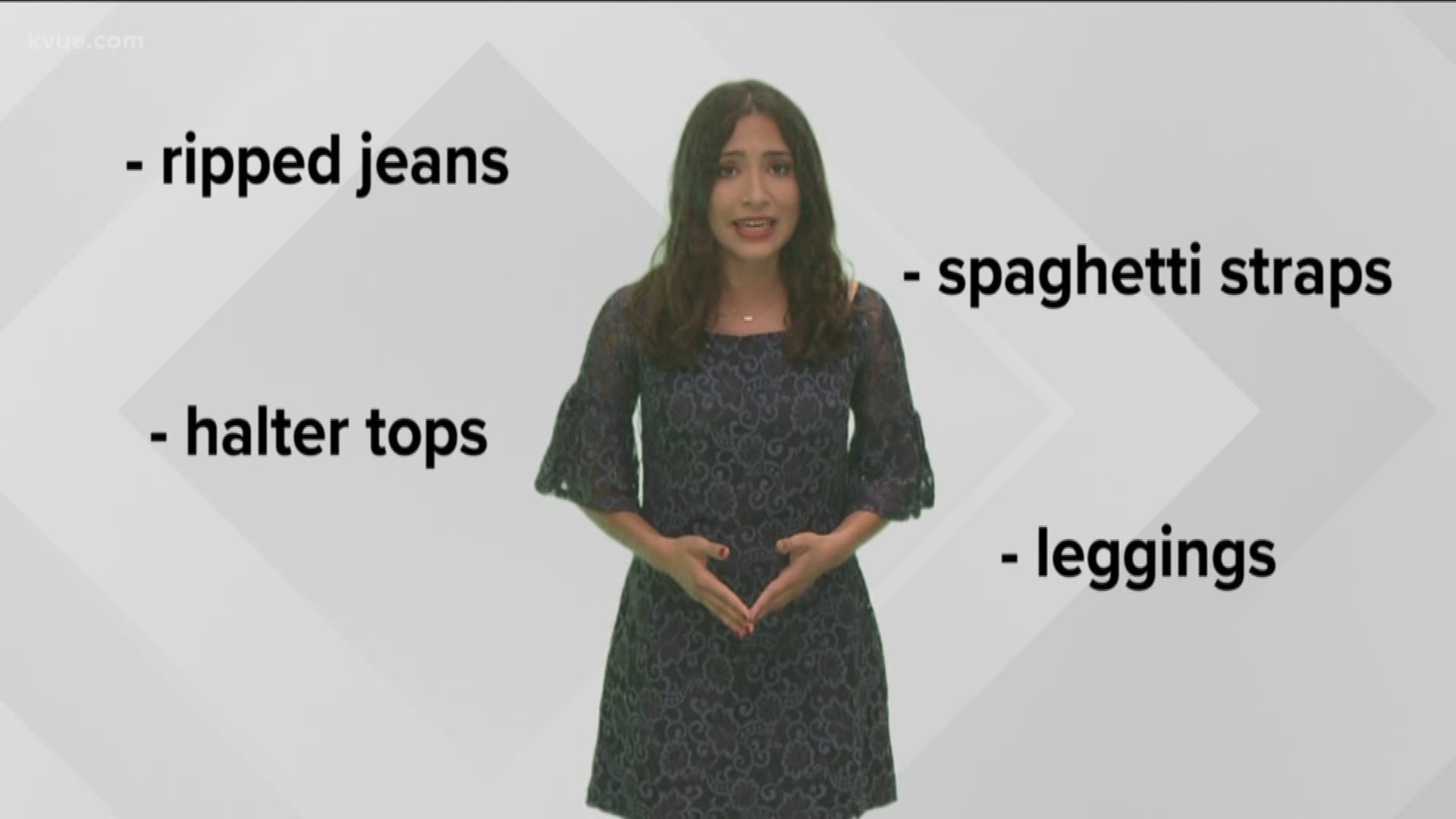 AUSTIN, Texas — Austin ISD’s first day of school is less than a week away and students will be returning to a new dress code.

The dress code change happened after hundreds of parents signed a petition that said the current dress code does not uphold the district's values of equity, diversity and inclusion.

The updated dress code is pretty lax compared to what it was before. Students can now show bra straps and their underwear's waistband. They can also wear ripped jeans, spaghetti strap tank tops, halter tops and leggings.

Profanity, violence and drugs displayed on clothing are not allowed. Neither are swimsuits except as required in class, field trips or athletic practice.

According to Austin ISD, students should not be shamed or required to display their body in front of others in school.

“Shaming” includes but is not limited to:

Round Rock ISD, on the other hand, does not even allow clothes that are too tight or have holes. Hats are not allowed either and neither are tank tops.

At Hays High School in Hays CISD, shorts and skirts cannot be shorter than the tip of the middle finger when the arm is in a relaxed position at the student’s side. No “sagging” or “bagging” is permitted for shorts or pants. Tight-fitting pants – such as tights, Spandex or bicycle pants – are not permitted either. And unconventional hair colors like purple, blue and bright red are also not allowed.

If students violate the dress code, Hays HS teachers will usually give students a chance to change but if they are not able to, they might get in-school suspension. That is also the case with Round Rock ISD.

Austin ISD can call parents if a student cannot change.