Twenty-five Houston-area school districts are spreading the word about the importance of pre-K as enrollment gets underway. 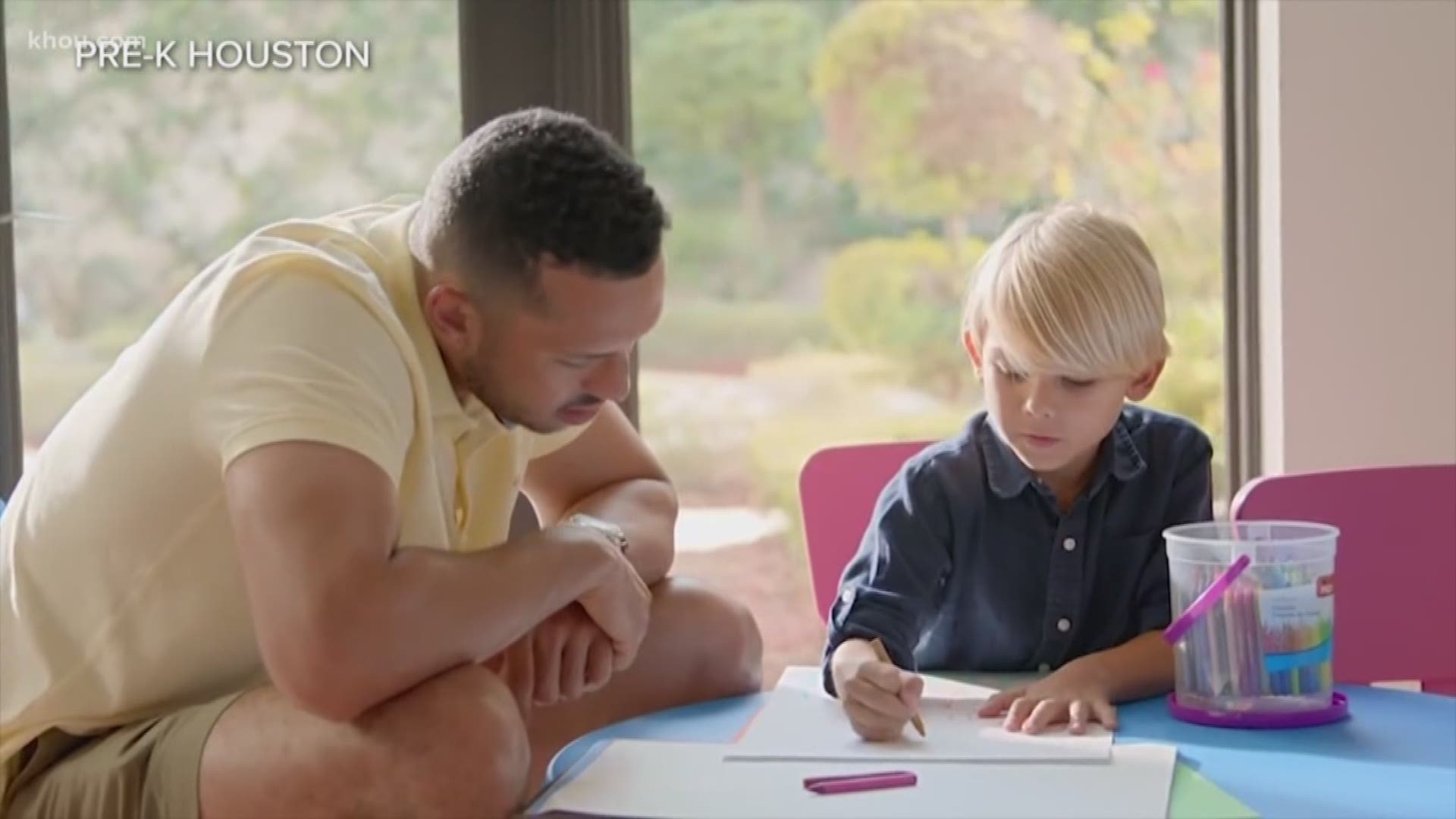 HOUSTON — Better test scores, a better chance of earning a degree and better earning potential in adulthood are among the reasons advocates push pre-K education.

In Harris County alone, there are some 44,000 pre-K-eligible kids who are not currently enrolled.

“The earlier the intervention, the better the benefits and the gain for the children and their families,” said Bear Boulevard School Principal Kim Hammer.

Spring Branch ISD is one of the districts holding Pre-K enrollment this week. It offers full-day Pre-K for both 3- and 4-year-old students.

“We have two additional classrooms we’d like to fill next year,” said Hammer.

The nonprofit Good Reason Houston is behind the coordinated push to get parents to sign up. It even recruited some Astros players to help get the word out in a series of commercials.

“This is the first time in Houston that we’ve had a common enrollment week,” said Ellie Johnson, with Good Reason Houston. “In years past, enrollment has occurred at all different times of the year.”

And it’s something that’s guaranteed for those with certain language and income qualifications.