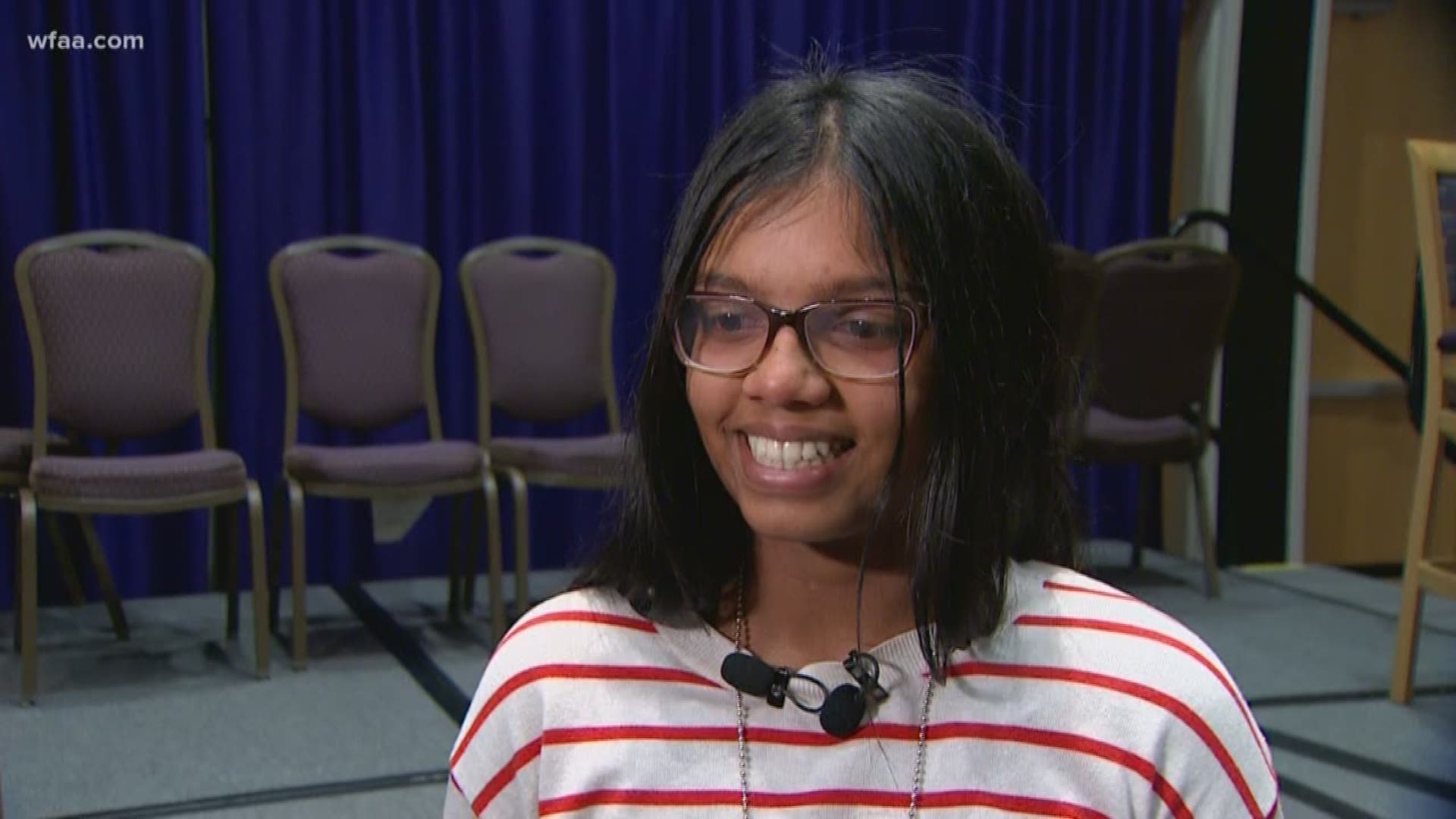 FORT WORTH, Texas — When the Scripps regional spelling bee started at 9 a.m. Thursday on TCU's campus, no one could have predicted just how bonkers the bee would get.

They started with 24 of the best spellers from Hamilton, Hood, Jack, Johnson, Wise, Tarrant, Parker and Palo Pinto counties.

"My first time it was scary and my other times I got comfortable with it," she said.

And then there were two: Maitri Kovuru and Hephzibah Sujoe, both of Fort Worth. The two middle school students stunned the judges, getting word after word after word correct. They made their way through 63 rousing rounds, 30 of which were head to head.

"These ladies weren’t giving it up. They kept just going," said Karrabi Malin of TCU, which sponsored the event.

And then, they ran out of words.

"We were emailing, texting, calling with our representative at Scripps," Malin said.

The next step was to take a 25-word written exam while the judges printed out a new book of words, which were to be read if a winner of the exam wasn't determined.

Some of the judges had never even seen this before.

"Never," Turner said. "We have never been here this long."

In the end, Maitri, an 8th-grade student at Fort Worth McLean Middle School, spelled 24 of the 25 words correctly, compared to Hephzibah's 22.

"I don’t know how, but I did," Maitri said. "It's so surreal. This is all I've wanted for a really long time."

Hephzibah, whose own brother co-won the national bee in 2014, said she felt happy after the marathon spelling session.

"Because I did good and I feel good about it," she said.

Maitri has now won her way to the Scripps National Spelling Bee in Maryland this spring, all expenses paid by TCU.