Derrick Roberts, a paraplegic, filed a federal lawsuit against a urologist for refusing to treat him. 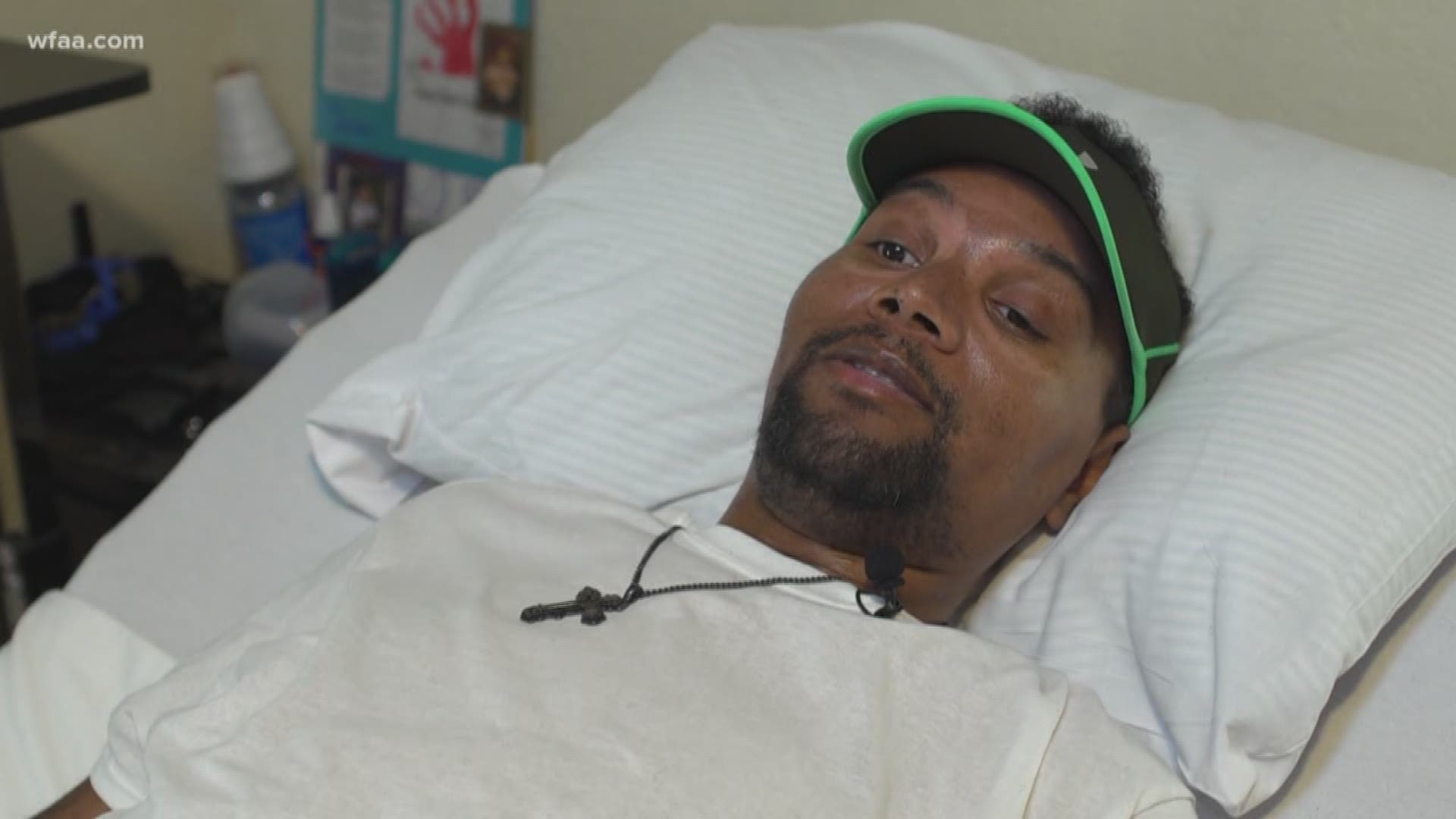 PARIS, Texas – Derrick Roberts, a paraplegic, filed a federal lawsuit against a urologist for refusing to treat him.

Roberts, 39, began experiencing blood in his urine last year. Concerned doctors in Dallas referred him to Dr. Donald Wikoff, a urologist, who not only accepted Roberts’ health insurance and was familiar with Roberts’ type of catheter, but also had an office in Paris which was much closer to his Cooper, Texas, home.

But upon arriving at Wikoff’s office, Roberts said he was taken to a treatment room where the doctor told him that he had “bad news.”

Roberts said he found it unusual since Dr. Wikoff had not even conducted an examination to find out “how much blood was in his urine to determine whether or not it was a serious medical issue,” Roberts explained.

“He just got straight to the point and said he couldn’t see me,” Roberts continued, “and I was like ‘why?’ And he said due to the lawsuit you have against my son-in-law.”

Last year, Roberts was one of eight African-American co-workers who sued Sanitation Solutions of Paris last year, alleging they were racially discriminated against in the workplace.

The owner of Sanitation Solutions is Dr. Wikoff’s son-in-law.

In a video deposition, the doctor testified that he refused to treat Roberts because Roberts sued his son-in-law. Race was not a factor, the doctor said.

But when asked if he could decline to see a patient based on their race, Dr, Wikoff testified “Sure, I can. I can if I so choose for whatever reason. I just say I don’t want to provide you care. I’m fully within my rights to do so.”

Roberts, though, argues that the first lawsuit was all about race and denying him medical care now – because of that lawsuit – is again racial discrimination.

Wikoff went on to say: “The federal government does not tell me who I can see and who I can’t or who I should see and who I have to. That is not their prerogative.”

But federal law says otherwise, according to Roberts and his attorney.

“The Civil Rights Act prevents Dr. Wikoff from refusing to treat patients on the basis of race,” said Roberts’ attorney Jay Ellwanger. “Dr. Wikoff refused to treat Roberts based on a lawsuit he filed to protect himself against racial discrimination, so the correlation is clear.”

Since Dr. Wikoff accepts patients with federally funded programs like Medicare and Medicaid, he is bound by those federal rules.

The doctor referred our questions to his attorney who has not yet responded.

The lawsuit alleged that Wikoff had not reviewed Roberts’ case file, spoken to his referring physician, looked at his intake form, and never asked about his medical conditions.

Roberts sought treatment from Dr. Wikoff because there were only two urologists on his insurance plan in Paris, Texas, at that time, the lawsuit alleged. But only Dr. Wikoff treated patients with the type of catheter that Roberts had.

Dr. Wikoff acknowledged, in a deposition, that “blood in a patient’s urine could be serious and become an emergent matter.”

According to the lawsuit, Dr. Wikoff has been practicing 35-years, and “could not think of any other time that he refused care of anybody.”

Before filing a federal lawsuit, Roberts filed an online complaint against Wikoff with the Texas Medical Board.

In a Sept. 21, 2017 letter, the Texas Medical Board told him “there is no violation of the standard of care.”

“Dr. Wikoff did not establish a doctor-patient relationship with the patient. He declined to evaluate the patient, as is his right to do so, and the patient agreed,” the Board’s letter to Roberts said.

The Texas Medical Board, however, was only considering whether improper care was given to Roberts, Ellwanger said. Since no care at all was provided, the state dismissed the online complaint.