"The state has outgrown what any one institution can provide," said Dr. Guy Loneragan, Dean of Texas Tech's School of Veterinary Medicine. 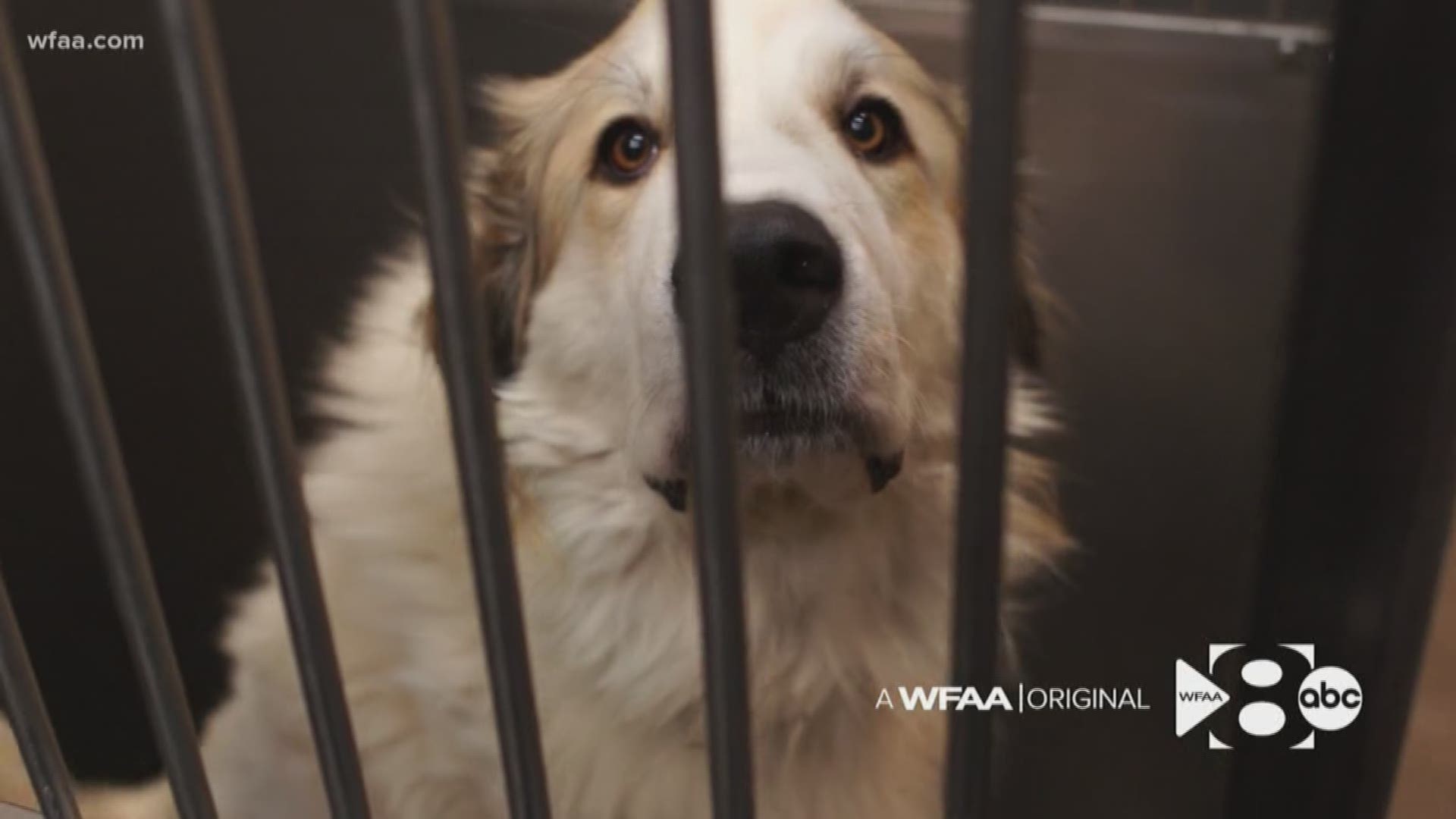 LUBBOCK, Texas — It is easier to get into medical school than veterinary school in Texas.

“Absolutely, if you think about it, how many medical schools are there in Texas? I know it’s quite a few, but we only have one vet school [in the state],” said Weston Cleveland, a student aspiring to become a veterinarian.

Dr. Kynan Sturgess drives almost two hours from his clinic in Hereford down to Lubbock, where he monitors the health of about 25,000 cattle at Lubbock Feeders feed lot.

Veterinarians like him are in high demand in rural areas of the state.

“We don’t get anybody to apply. The last time we hired somebody three years ago, we had three applications and we advertised in six states,” Sturgess said.

Most young vets remain in urban areas. But perhaps the more obvious issue is that this state only has one veterinary school. It's Texas A&M in College Station.

How does a state as big as this only have one such school? "I’m not into politics, I don’t know how to answer that,” Sturgess said.

Texas has faced a brain drain for years because students have had to go out of state for an education.

“I can’t tell you how many employees we have who are students who are trying to get into vet school but don’t get into Texas A&M and have to leave the state,” said Dr. Eric Cunningham at Live Oak Animal Hospital.

Weston Cleveland is among them. He’s applying at A&M while working at Live Oak Animal Hospital in Lubbock, but he is prepared to move to Oklahoma if he doesn’t get accepted.

“We now have a situation in Texas, where we have more Texans enrolling in out-of-state and out-of-country programs than can get a seat within Texas,” said Dr. Guy Loneragan, Dean of the School of Veterinary Medicine at Texas Tech’s new school. “We have one of the best institutions in the country, but it can only supply about 25-percent of the new workforce every year. The state has outgrown what any one institution can provide by many-fold over.”

Texas lawmakers addressed the situation by allocating $17 million in the last legislative session for Texas Tech to start a second vet school. The university plans to headquarter its new veterinary school in Amarillo at the existing Texas Tech University Health Sciences Center campus alongside the pharmacy and medical schools.

It will be the first time in more than 100 years that a Texas college has opened a veterinary school. Texas A&M's program began in 1916.

“This is a second institution, a complimentary program and together they will better serve Texas,” Loneragan said.

If Texas Gov. Greg Abbott and the Texas Higher Education Coordinating Board approve it, construction could begin this fall.

“We are working very diligently to welcome the inaugural class in the fall 2021,” Loneragan said. “We have a construction budget of $90 million, and all of that money has been raised primarily around the Amarillo area. But it’s been raised from non-state sources.”

Tech said its school will not copy A&M. Loneragan said the new college will let local clinics help create curriculum and determine what the market needs. The idea is to create a pipeline of new vets willing to remain in rural areas where plenty of work is waiting.

RELATED: 'I would have killed myself if I had stayed' | Veterinarian’s close call with suicide highlights industry-wide problem