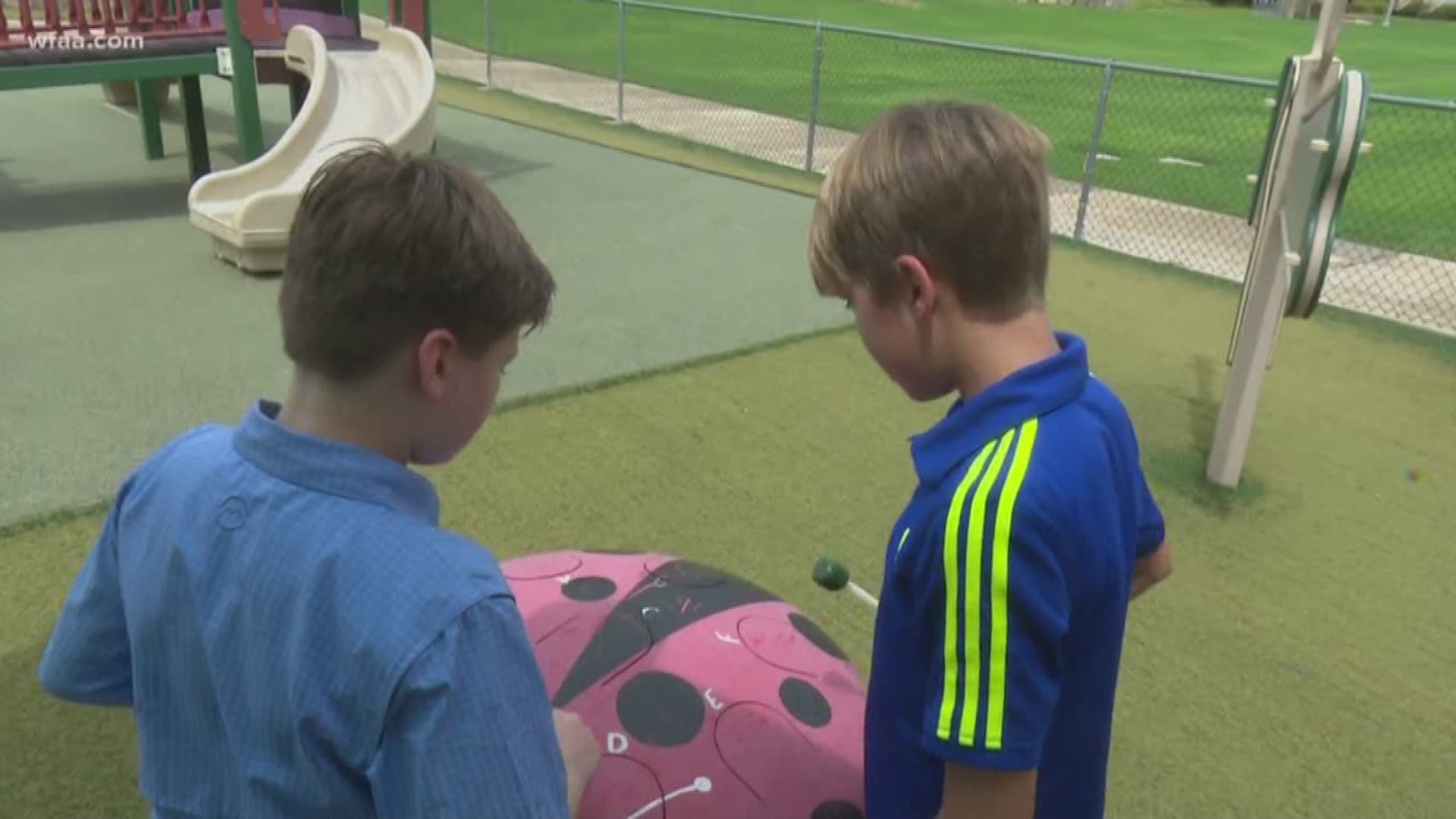 FORT WORTH (WFAA) -- The jungle gym and swingset could be the key to better grades in the classroom according to research by a Texas Christian University professor. After a sabbatical to study the education system in Finland, Dr. Debbie Rhea brought back a few ideas including more frequent recesses, an idea some local districts have adopted.

The LiiNK Project aims to implement some of the tactics and practices Rhea observed during her six-week stay in Finland. Among them, having four 15-minute long, unstructured, outdoor play breaks a day.

“This program is really changing the way the kids are feeling,” said Rhea, an educator of 39 years. “The structure of their brain is more attentive to the important things.”

Rhea said she got the idea to visit Finland after reading an article about how the country’s education system went from an “F” grade to an “A+” over a 20-year span. She is now working on expanding the LiiNK Project to school districts.

The frequent breaks lead to better focus and attention when the students return to the classroom, yielding better grades and fewer behavioral issues according to Rhea.

“These kids are so much more resilient and happy. They are emotionally stable and less anxious as a result of program,” she said. “When they go home their parents are like ‘You are a happy! You aren’t fighting with me!’”

Starpoint School is a lab elementary school on the TCU campus and has been using the Liink Project for the past five years. Principal Dr. Marilyn Tolbert said the constant breaks are beneficial for students and teachers.

“We have less time getting (students) on task,” said Tolbert. “They are more attentive, their grades have improved, and I’ve had no discipline reports in 5 years.”

Another piece of the Liink Project includes an additional 15-minute “character development” period each day. Classes spend the time learning about character traits such as honesty, respect, and empathy.

Rhea initially helped launch Liink at private schools Starpoint and Trinity Valley. Now pieces of the project are being used in some form or fashion at eight Texas districts including Irving, Arlington, Eagle Mountain-Saginaw, Little Elm, and White Settlement. She hopes to continue expanding the project across grades k-12 and alternative schools.