The 11-year-old from DeSoto is full of spunk and burdened by a heart that isn’t fully healthy. For his nearly three years on the transplant list, Austin’s been on the sidelines more than he’d like. 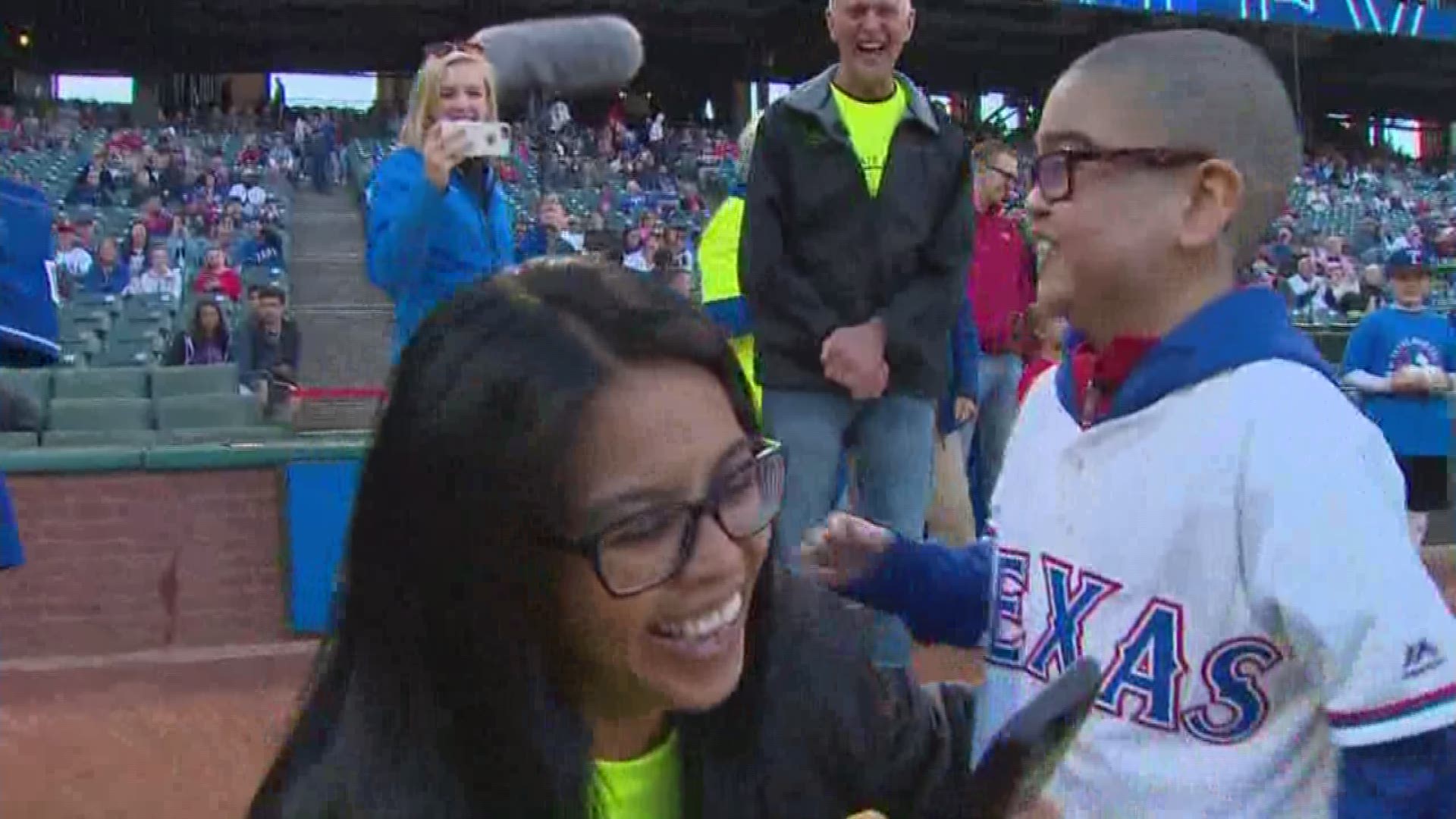 ARLINGTON-- Some nights at the ballpark after you’ve turned in your ticket, Rangers fans get a gift. Maybe a bobble head, or hat.

But Wednesday, they got a reminder, of the greatest gift they could give. One Austin Lewis desperately wants.

"I just usually take it day by day," he said.

The 11-year-old from DeSoto is full of spunk and burdened by a heart that isn’t fully healthy. For his nearly three years on the transplant list, Austin’s been on the sidelines more than he’d like.

"It’s important because, you know how some kids don’t have a good heart or organ and sometimes you feel sad because they can’t do stuff normal kids can do," he said.

But most kids don’t get asked what Austin did by a major league baseball team.

On Organ Donation awareness night, Austin suited up to throw the first pitch. As he headed to the field and worked to encourage future donors about what was happening around him.

Rodney DeBaun started The David Nicklas Foundation after the donor that saved his life. He’s helped Austin’s family too. On this night at Globe Life Park, the foundation handed out some 25,000 donor applications.

"They see somebody like little Austin who has his whole life ahead of him, if somebody would just be thoughtful enough to give the gift of life when their time is over," said DeBaun.

They hope the thousands of people with their eyes on Austin will make it known on their drivers license and to their loved ones that they want to be organ donors.

It’ll be hard to forget this sweet boy who made it to the mound and threw the ball into the outfield. The announcers called it a warm up, and Austin got his second 'first' pitch.

It soared several feet to a roar of applause, worthy of anyone praying for a second chance and a life changing moment even bigger than this.

Austin needs a heart transplant. But he's melting them in the meantime while throwing 2 (!) first pitches for the @Rangers! @wfaachannel8 pic.twitter.com/uDOUtTdT7s