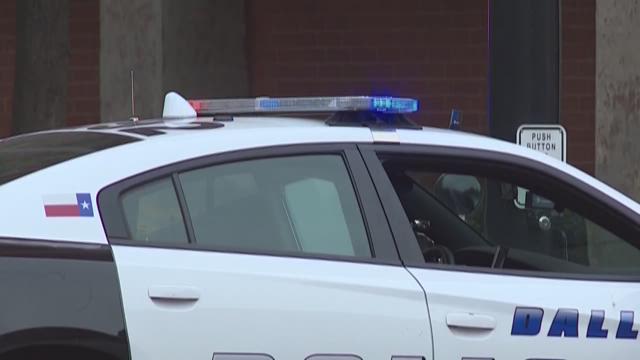 But two burglaries in five months at his Garland Road store is not beautiful at all.

“In 24 days this month, we still haven't even made enough revenue to offset what I already know is going to cost me,” says Pierce, owner of Wild About Flowers.

Burglars busted through the front door Sunday. They busted open the cash register and fled out the back door – causing more than damage than what they got in the actual burglary.

Pierce is a business owner feeling the effects of crime in a city with a rapidly dwindling police force.

“Every day that I get another retirement or resignation it bothers me,” Interim Chief David Pughes told members of the public safety committee Monday. “I think we're at the point now where we need to be concerned."

The department currently has about 3,177 on staff including about 100 rookies that are in the academy. It’s about 500 officers fewer than the department had six years ago.

“It's like the perfect storm and I don't feel like we're ready,” Council member Adam McGough said.

“The problem is you don’t have enough officers so it’ll take longer for us to respond to crime,” said Mika Mata. “Crime will obviously shoot through the roof. Violent crime is already rising. The public needs to get ready. It’s going to get worse.”

“That will free up a number of officers to answer those priority one emergency calls,” he said.

Mata is against the idea of online reporting. He says people expect officers to respond in person when they call for help.

However, response times for priority two calls, which include domestic disturbances, now average almost 22 minutes. The department’s goal is 12 minutes.

Pughes said the department cut back on the usage of overtime in January, February and March, knowing they’d need it during the hot, summer months when crime tends to rise.

He has also gotten approval to hire retirees to help out with some job duties.

There were some bright spots in Monday’s presentation.

But violent crime was up about 2.2 percent, driven mostly by rises in the city’s aggravated assault numbers.

Pierce can't complain about police response to the robbery at his flower shop. Officers arrived quickly and stayed until he could get there. He had nothing but praise for the officers that responded.

But he's worried because he opened the Garland Road location last May. To have it burglarized twice since November is concerning.

His other store in Preston Hollow, which he’s owned for more than 30 years, is helping to support the struggling Garland Road location while it gets off the ground.

Pierce plans to put a wire gate over the front door in hopes of making it a little harder for would-be burglars.

“I guess I was an easy target,” he said. “That’s what really tiring about the thing. It is going to cost me a $1,000. It’s not worth running through the insurance. That’s below kind of my deductibles. It’s just a heart ache for the business.”