'Dena the determined': MS patient fights back with CrossFit

"CrossFit is great because each person can modify it for them." Blum said," I do what I can and I don't compare myself to anyone else." 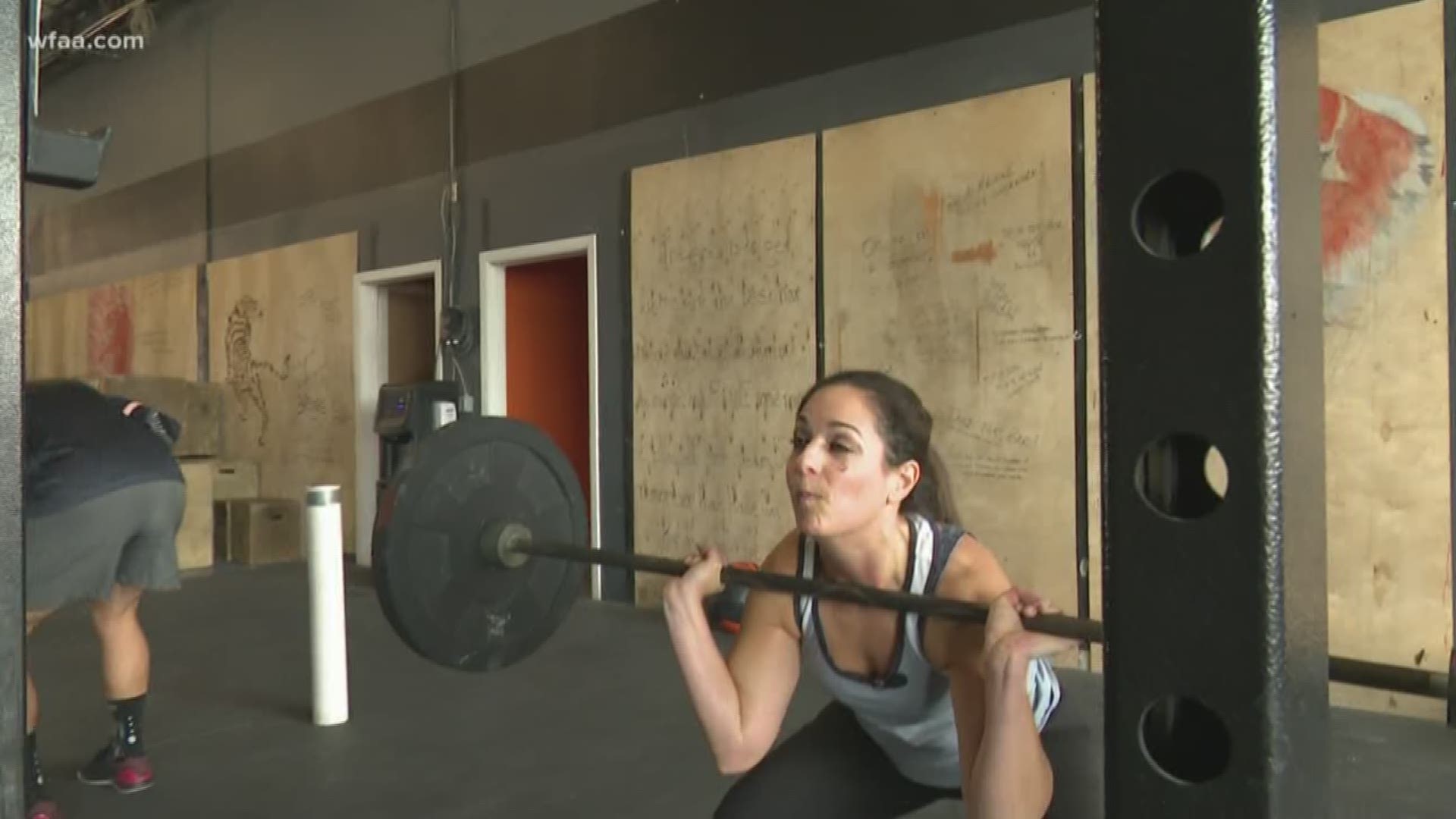 If it's 5 a.m. you know where to find Dena Blum. She'll be covered in sweat Tiger's Den CrossFit in Dallas.

Blum is at the gym six days a week, squatting with heavy weight, pushing herself on the bike or heaving a medicine ball into the air over and over. Believe it or not, she wouldn't miss these tough workout for the world.

Blum is serious when she says she "has" to show up. Because she says these workouts are her key to battling multiple sclerosis.

"If I skip I can't move like normal the next day. I have to keep going," Blum said.

Blum was diagnosed six years ago. Doctors delivered the life altering news the day before her then boyfriend Steven Latham proposed.

"Since that first day she just looked at this and said let's get t work," Latham said.

The two married and have embarked on the often difficult journey that is life with MS. Blum develops lesions on her back that make it hard for her to walk. The disease is progressive.

"Every year we go to The State Fair of Texas to try all the fried food." Blum said, "I promise I'm good on my diet the rest of the year."

This year will be the first time Blum will take a wheelchair to the state fair, that much walking is tough. But the pain propels her to keep hitting the gym.

"CrossFit is great because each person can modify it for them." Blum said," I do what I can and I don't compare myself to anyone else."

Blum says doctors have told her she is in as good of shape now because of her dedication to nutrition, vitamins and the gym. She says the coaches at Tiger's Den work with her to make sure the workouts are suited to her needs.

This coming Saturday October 6, Blum's Tiger's Den CrossFit family is rallying even more, hosting an open workout for the public to raise money for Dena's treatment.

"Anyone can do this. That's the biggest misconception about CrossFit, that it's just for elite athletes," Blum said.

Dena hopes more people, especially those battling MS, will see her story and feel a renewed power to fight. If you would like to help in her crusade you can join her October 6 at Tiger's Den or you can donate at her GoFundMe.