Protesters calling for change and justice from the district's school dress code policy, stating the policy is outdated, gender bias and racially discriminatory. 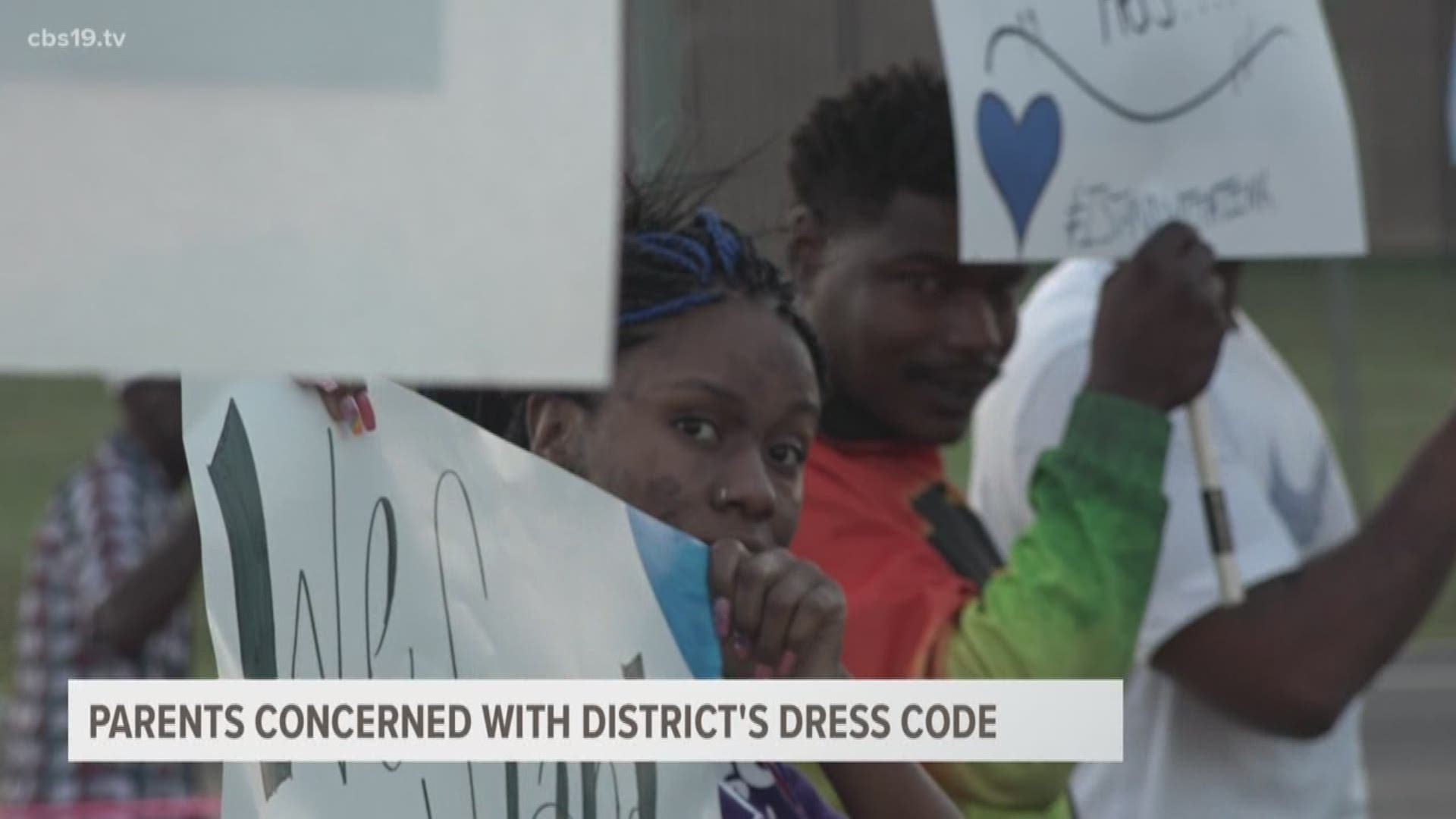 Protesters are calling for change and justice from the district. They state the policy is outdated, gender bias and racially discriminatory.

Randi Woodley has custody of her 4-year-old grandson, Micahael Trimble, also known as "Tink." She says she was told her grandson's hair was distracting. In order to comply with the guidelines of the district's dress code policy, Woodley says she was told by staff to "cut his hair, braid it and pin it up or put him in a dress," so he can identify as a female.

To speak out against the policy, Woodley, along with many others held a protest outside of the district's administration building.

"This whole movement is about allowing people to identify and  embrace their identity. Being boy, girl long hair short hair," Woodley said.

Woodley says both Tink and 5-year-old Kellan, were told their hair is distracting. Kambry Cox, mother to Kellan, says she was told her son cannot wear his hair in dreadlocks if it grows below his shoulders or have it in a ponytail. Since then, both boys have been removed from the district.

"I'm not understanding why my grandson's hair is a distraction," she said. "So because it is a distraction unlike little girl's hairs I'm choosing to protest for equality for boys and girls of all races."

Woodley says she and her grandson have been threatened since stating her stance on the school's dress code policy. She says a Facebook post insinuates harm towards Tink. The post shows deer lure with the same name as the boy with the caption, you will get busted.

Since then, district administrators have denied those claims.

Protesters say they will possibly continue to protest every Friday until there is a change.