Deep Ellum assault victim continues to fear for her safety 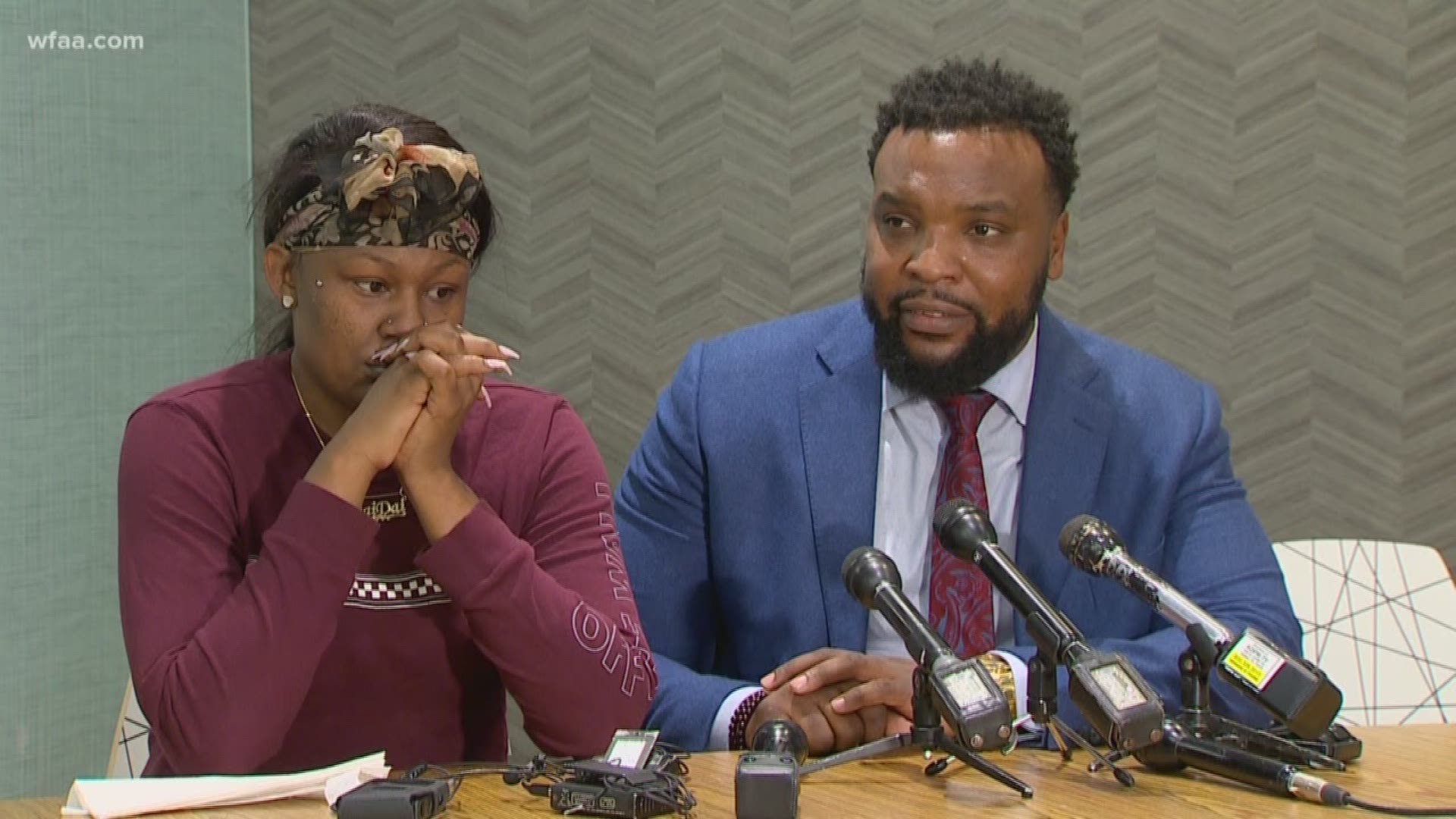 DALLAS — Five days after her brutal attack in the Deep Ellum area, L’Daijohnique Lee returned to the parking lot where the violent assault happened.

Lee, 24, visited the parking lot with her attorney Lee Merritt. They spent time recounting the disturbing moments where Austin Shuffield is accused of violently beating Lee during a dispute in the parking lot.

Shuffield is seen on video recordings pulling out a gun, before knocking Lee’s cell phone from her hand, then delivering a series of upper-cut punches and jabs to the woman’s face and head. Investigators say the attack allegedly happened when Shuffield confronted Lee about blocking the parking lot exit with her car.

"I had a concussion to my head. I had swelling in my left jaw. My ear. My ear was busted. And I had a black eye," Lee said.

On Monday, Lee and her attorney announced plans to file a federal lawsuit against Shuffield and High and Tight Barbershop, where the accused man worked as a bartender.

So far, Shuffield has been arrested on misdemeanor charges of assault and interfering with an emergency call. Many people believe the criminal charges against the man should be increased to felony charges.

“Until he is re-arrested, Ms. Lee is not safe," Merritt said.

This week, city leaders and groups are speaking out about the attack and law enforcement’s handling of the case. Dallas Mayor Pro Tem Casey Thomas issued a statement, saying:

"The fact that this man would punch a defenseless woman several times with the intent to injure should be enough to have him re-arrested and charged with a penalty that meets the severity of his actions."

"While we are not satisfied with the initial charges by the arresting officer, we trust that the Dallas County District Attorney will enhance the charges appropriately."

A group of Faith Leaders from North Texas also issued a joint statement. It said, in part:

“This violent assault against this woman represents a blatant disregard for human dignity and God’s creation. The Faith Community will stand against such acts.”

Law enforcement agencies are also weighing in on the charges against Shuffield. Sheldon Smith, President of the National Black Police Association, reviewed video of the assault. He believes the charges against the suspect could be increased, based on rules outlined in the Texas Penal Code.

Meanwhile, Lee continues to nurse her injuries and said she remains concerned for her safety. She said her biggest fear is that the man who violently attacked her is back on the streets.