The lawsuit, filed by Jesus Retana, alleged that gunman Micah Johnson "was radicalized, in part, by Hamas' use" of Facebook, Twitter and Google. 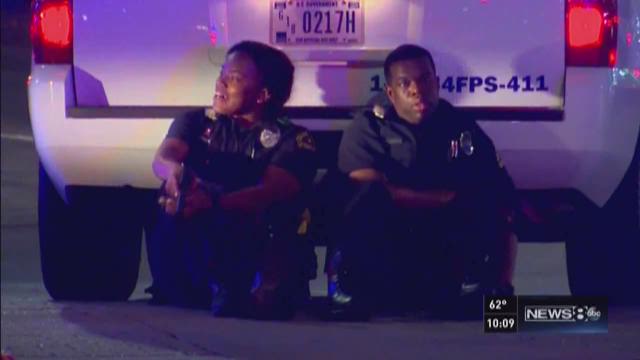 A DART police officer who was shot during the July 7, 2016, ambush in downtown Dallas has sued tech giants Google, Facebook and Twitter, alleging they allowed the terrorist organizations on their platforms that incited the attack.

The lawsuit, filed by Jesus Retana, alleged that gunman Micah Johnson "was radicalized, in part, by Hamas' use" of Facebook, Twitter and Google.

RELATED: The night of July 7: 'Lord, be with the families of those police officers'

The lawsuit accused the tech companies of allowing Hamas, a Palestinian group, to use their platforms "as a tool for spreading extremist propaganda, raising funds, and attracting new recruits."

Johnson had no confirmed links to Hamas.

Attorney Keith Altman is representing Retana in the lawsuit. Altman has also represented clients in lawsuits against social networks over other attacks, including the 2015 Paris attack, the Pulse nightclub shooting and the Bastille Day attack in France, according to the Star-Telegram.

The ambush left five police officers dead and seven others wounded. Renata was shot in the left arm and underwent surgery to remove the bullet.

A similar lawsuit was filed against the tech giants in 2017, alleging that Facebook, Twitter and Google should be held liable for Dallas police shooting. A federal judge dismissed the lawsuit, Courthouse News Service reported.