Who on earth would use a chimney this time of year? 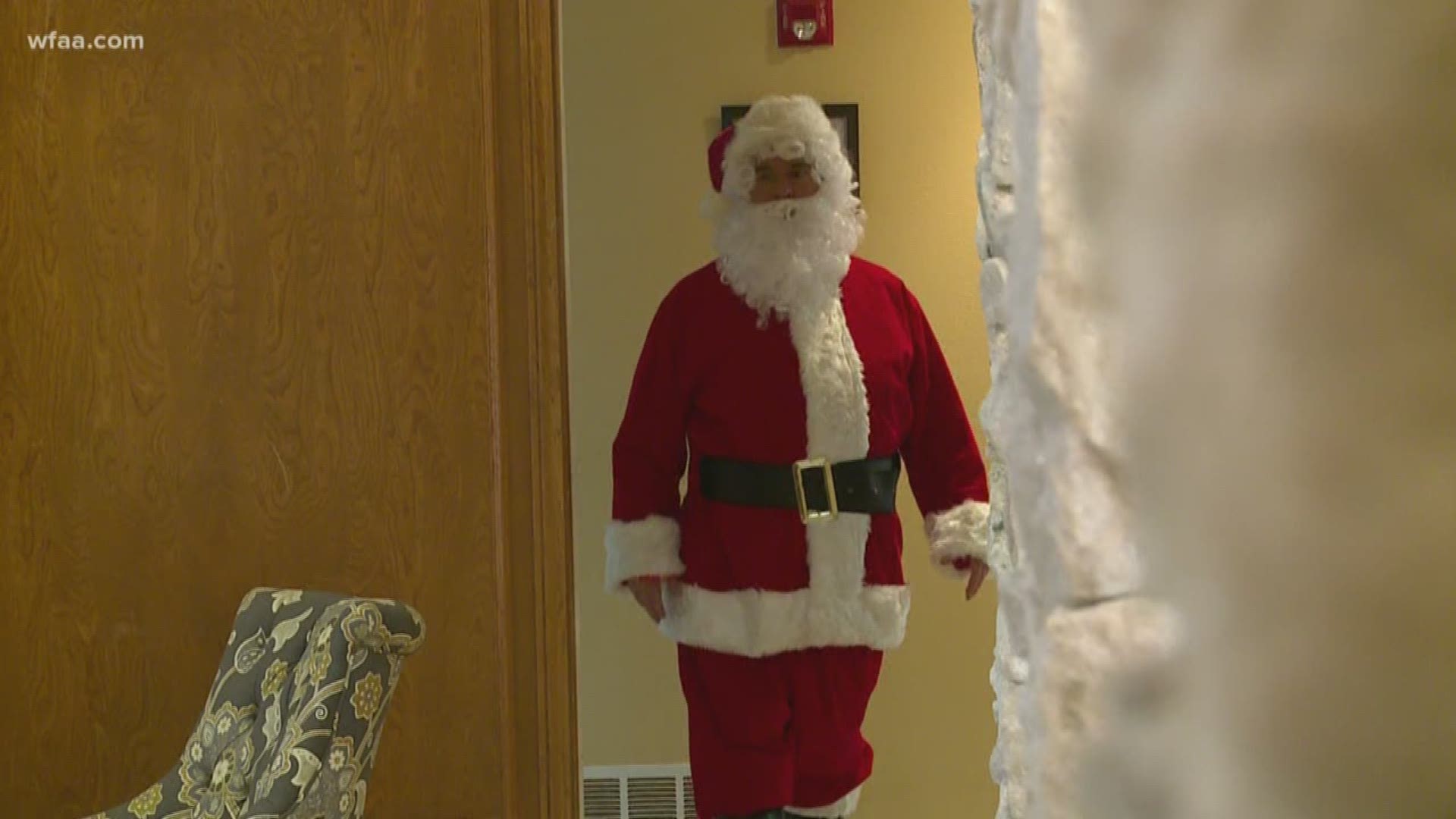 This summer, the weather outside has been so frightful that a fire is not delightful. So who on earth would use a chimney this time of year?

Better yet, why is Santa visiting senior citizens in July?

To understand that, we need to meet the woman who brought him there.

Jo Alch is the founder of Acappella In Home Care in Dallas. She started the company after working many years as a hospice nurse.

It was during that time Jo noticed something upsetting about the people she cared for.

“I saw that a lot of the patients, a good majority had nothing," she said. "All they had was a hospital gown.”

Jo says only having the shirt on their backs took a toll on her patients. There was no way, in good conscience, she could do her job while neglecting their emotional health. So she decided to do something and brought Christmas to July.

At first, her goal was to give out new pajamas every Christmas. But the program has been such a success that Santa and his helpers were forced to make a summer trip.

Jo says pajamas may seem trivial to us, but for people who have nothing it is everything.

For many of them, getting a new pair of pajamas is quite literally like Christmas.

Before the day ended, even one of Jo's volunteers had tears in her eyes.

“People just need that and if we can share a little bit of a blessing with someone, if we can bless one person, it makes it all worth it,” said Krissa Shockey, Acappella's director of business operations.

"These people have paved our streets, they taught us to read and write, they made a difference in our lives, so it’s our turn to give back.”

And no matter the time of year, these seniors will always welcome this kind of warmth.