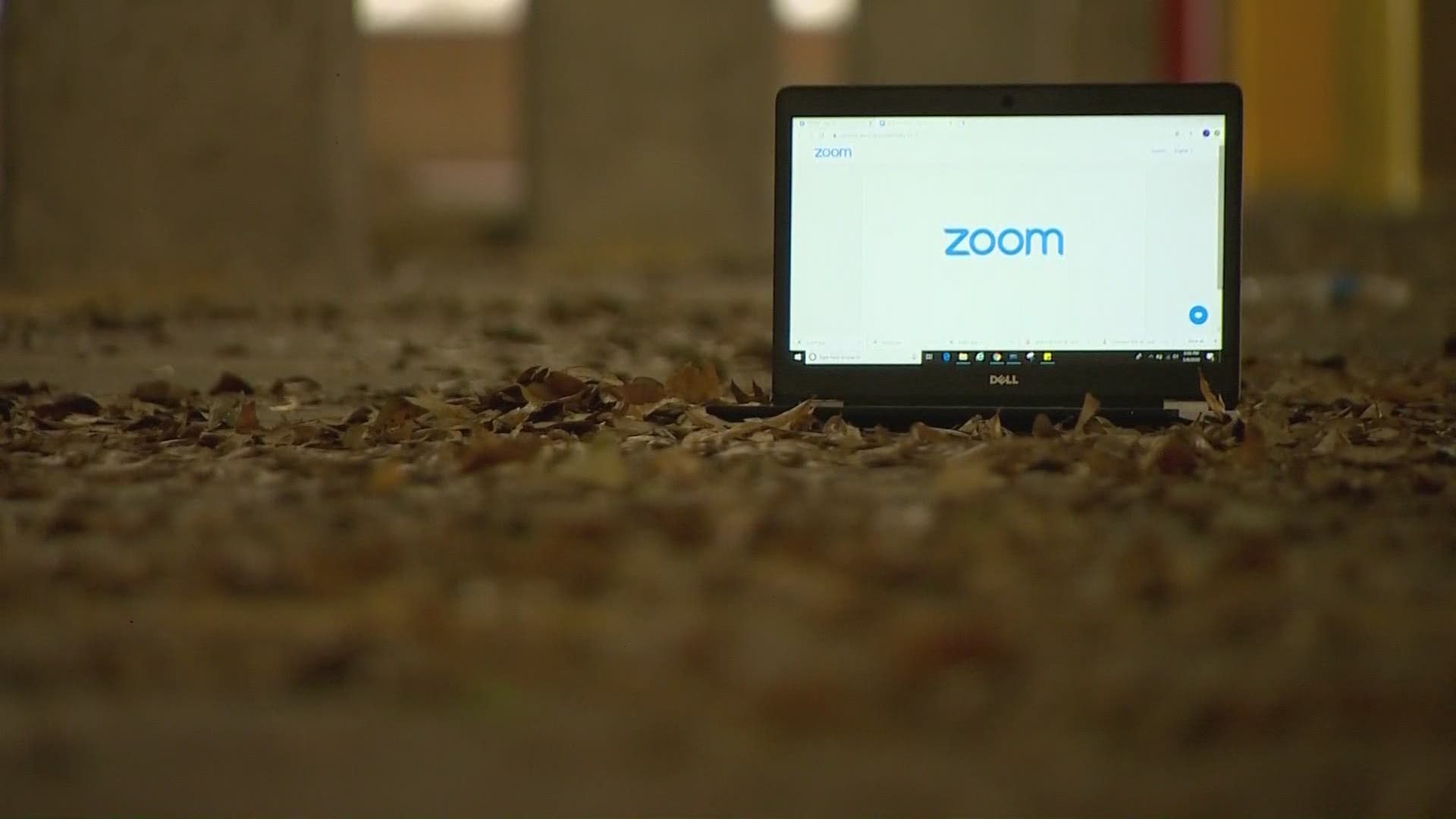 DALLAS — Managing the outbreak has been easier for some than others. Video conferencing has allowed some people to keep doing their jobs and not be in the office. But it may lead to new dangers like what Dallas ISD students, parents, and educators experienced this week.

A source told WFAA that nearly 60 people including students, parents, teachers, and principals were on the call at the time. Toward the end of the call, when it was time for question and answer, the images showed up on the screen. The source told WFAA that it was "very traumatizing" for a number of people.

Dr. Murat Kantarcioglu, who is a professor of computer science at University of Texas-Dallas, says hacking cases have risen substantially.

"My personal thing is that any time I am on camera, I assume it could be hacked," said Kantarcioglu.

"Links and passwords must be kept secret. You should not disclose them in public," said Dr. Murat.

“We apologize for the graphic images some of our students and families may have seen during a parent-senior Zoom meeting, which was hacked by an unknown source yesterday. It’s unfortunate the digital platform that many of us rely on to connect students with teachers each day, has been compromised through various “Zoom-bombings”. Though we are disappointed the incident occurred, campus administrators successfully restarted the meeting without further incident and are working with Dallas ISD Police to investigate. A formal complaint was reported to Zoom, as we hope this incident prompts a stronger review of their security measures.”

Dr. Murat told WFAA that users must utilize all security measures offered by the application. He mentioned a function for Zoom called "Waiting Room," which is a feature that allows the host to control when someone joins the meeting. This allows for the host to screen that participant.

Even the smallest security steps could make a big difference in protecting your identity and your conversations.

WFAA did reach out to Zoom for comment late in the day and have not heard back as of Friday night.