Dallas police say a man attacked another man's car with a machete because of road rage. It's the latest in a string of violent road rage incidents. 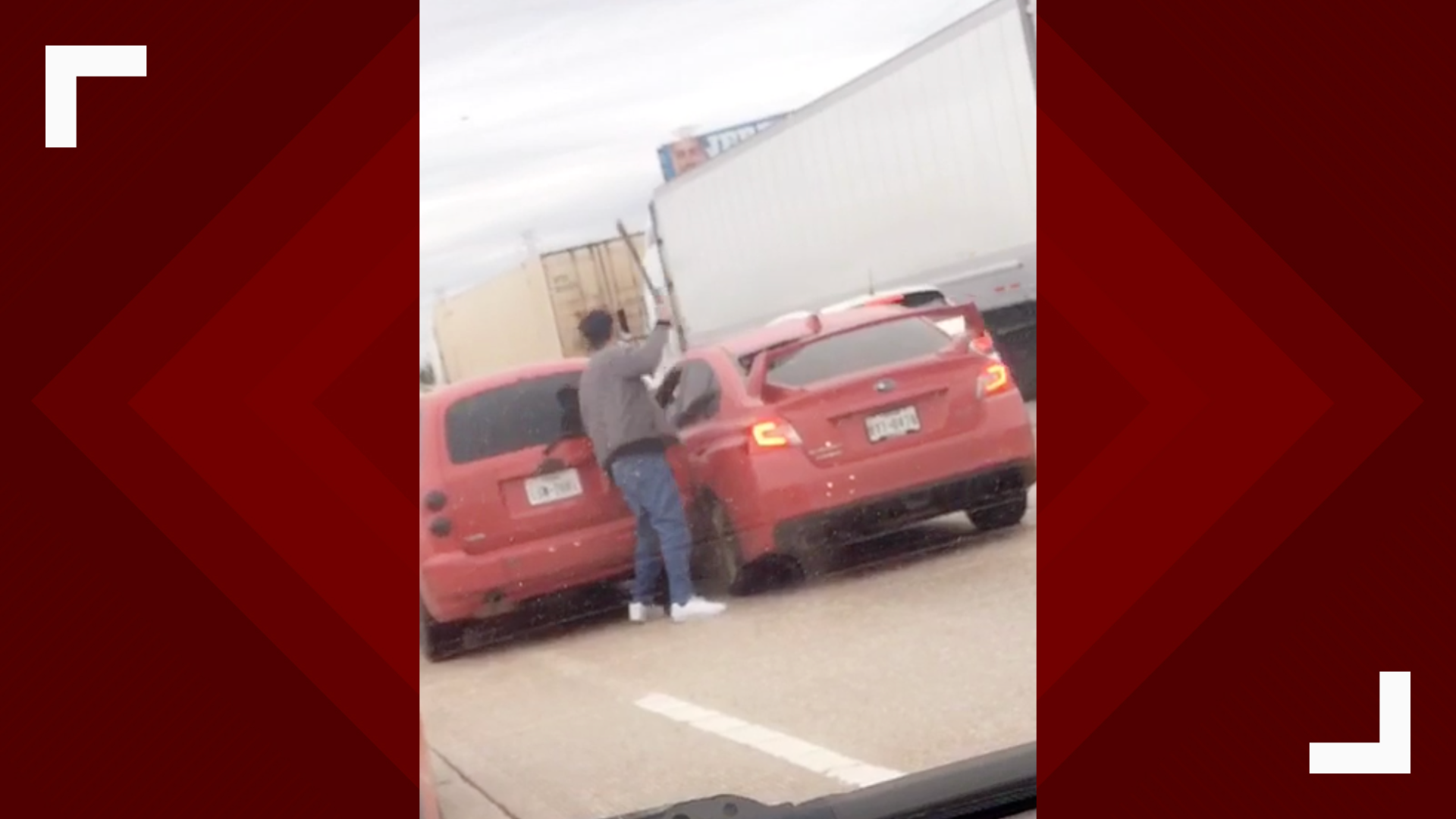 DALLAS — Dallas Police are looking for a man who took out a machete during a road rage and began beating it against another driver’s vehicle.

Police are looking for a man who used a machete to hit a car several times in an apparent road rage incident in Dallas.

Officers were called just before 9 a.m. May 10 to to Interstate 635 at Plano Road. The driver of a red Subaru sedan told police a car crashed into the rear bumper of his car and then tried to flee, officials said.

The Subaru driver said he then drove his vehicle into the other man's car in an attempt to stop him from leaving.

That's when the driver got out of his car, machete in hand, and whacked the Subaru several times.

The incident was captured on a cellphone.

The video shows the cars collide and the machete-wielding driver get out of his car and hit the back of the red sedan several times.

The man got back into his car and drove off.

”Officers hear this kind of stuff on the radio and are being bombarded daily,” said Lt. Chris Cook, spokesperson for Arlington Police Department.

Road rage is such a problem in Arlington that the police department created an aggressive driving task force.

The number one cause of road rage police say is people being in a hurry.

”Make sure you have sufficient time so you are not in a rush because tailgating is the number one thing we hear from citizens that upsets them,” Cook said.

Police say people honking horns and cutting others off all angers other drivers.

Sometimes that can turn deadly.

Arlington police still haven’t caught the person who shot and killed 19-year-old Dylan Spaid two years ago during a road rage incident on Interstate 20 off Cooper Street and Matlock Road.

There was another road rage shooting Monday night near the same spot. Cook said there are at least two bullet holes in the victim's car.

Dallas police released these tips to avoid being in a road rage incident: