WFAA reporter Demond Fernandez recently took a unique one-on-one tour with Mayor Mike Rawlings, to get a preview of the Grow South initiatives positives, challenges, and plans for the future. 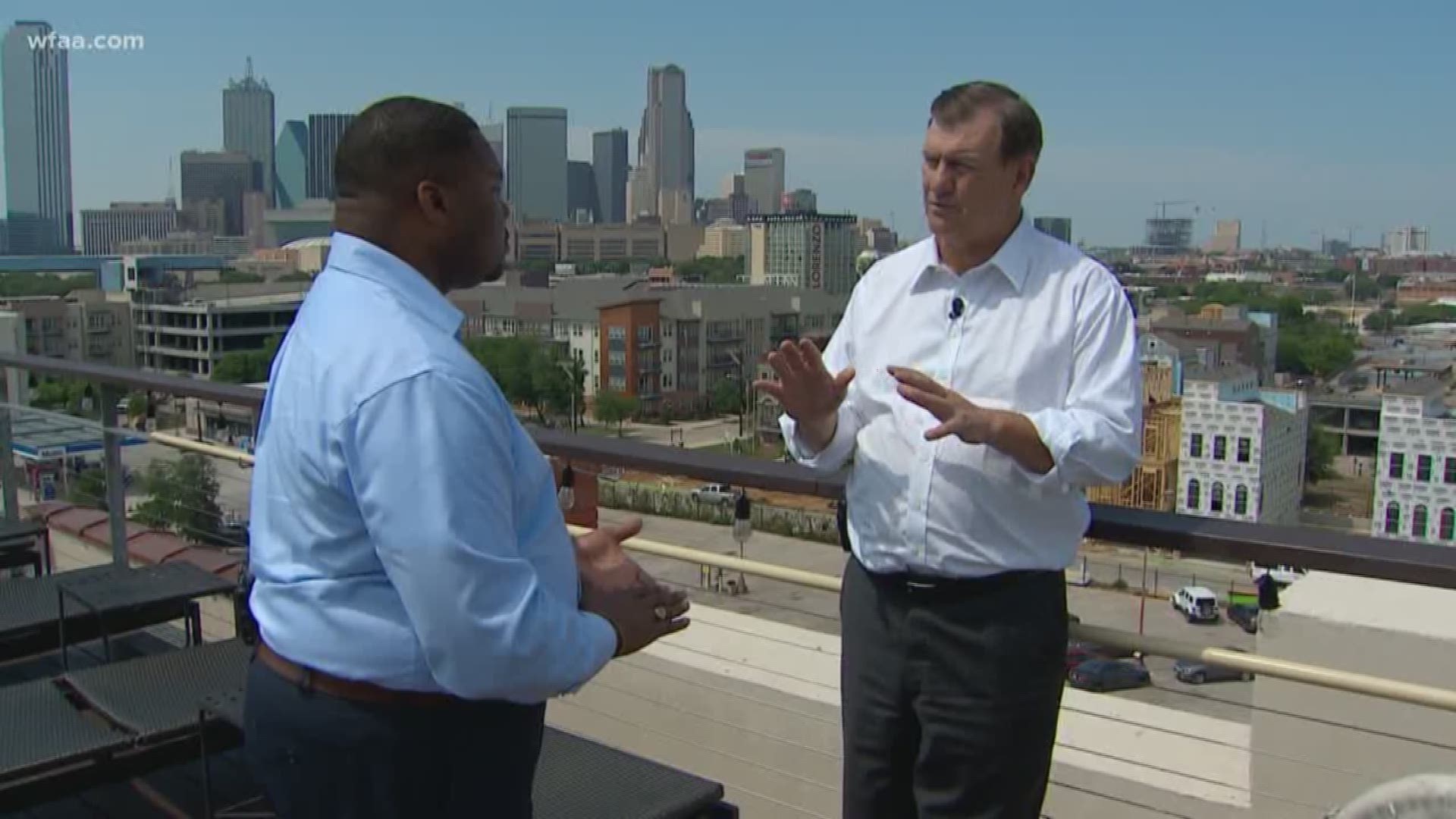 DALLAS –The Mayor of Dallas is scheduled to give his annual Grow South report in a few days. It will be an update on neighborhoods, development, and quality of life issues across southern Dallas.

WFAA reporter Demond Fernandez recently took a unique one-on-one tour with Mayor Mike Rawlings, to get a preview of the Grow South initiatives positives, challenges, and plans for the future.

When asked what makes southern Dallas so unique, Mayor Rawlings said, “Well, first of all, the size. The size is remarkable.”

Mayor Rawlings often brags a city the size of Atlanta can fit in all of southern Dallas. It is the area’s potential, he says, that has been part of the premise behind the city’s Grow South initiative for nearly six years now.

"Southern Dallas is not a charity case,” Rawlings said. “It's an investment opportunity.”

Mayor Rawlings gave a tour of several of the program’s target zones -- including The Cedars near Downtown, Jefferson Boulevard, Red Bird, and the Education Corridor.

"People thought this was a cruddy part of the town," Mayor Rawlings explained as he looked over the Cedars from the rooftop of the Nylo Hotel.

The Cedars has become a hot spot busy with development, new homes, and retail. New infrastructure is coming nearby.

Rawlings says a Grow South initiative was important because too many people were moving north. Since 2012, population across southern Dallas has grown 7 percent thanks, in part, to targeted goals.

Though data between 2012 and 2017 shows public school enrollment is down, some communities are seeing a bit of a renaissance.

Rawlings toured us along Jefferson, where the new Mercado has become a cultural hub.

"It's a space that brings all the Latino culture from Mexico to Argentina," said Mercado owner Jorge Baldor

New small businesses are popping up across southern Dallas. That means more jobs.

Some residents say issues, like mobility, continue to be a concern. In the Red Bird area, the Mayor ran across Curtis Corbins. He’s a transportation entrepreneur who drives workers to sites like the Inland Port, where regular access to DART remains a concern.

“How many men are you taking to jobs now,” asked the Mayor.

The Mayor explained the city is still working to address some of its transportation challenges across southern Dallas.

“I appreciate you man,” Corbins replied.

The Red Bird area is another zone seeing a lot of growth. A Starbucks café and training center is opening on Camp Wisdom Road this summer. Plans are in the works to transform the 70’s style Red Bird Mall into a place where people come to live, work, and play.

A lot of work has been done, but Mayor Rawlins knows there is still a lot to do across Southern Dallas.

The in-depth 2018 Grow South Annual Report will officially be revealed on Thursday, May 24 at Trinity Forest Golf Course. Seating is on a first come, first serve basis. RSVP for the event here