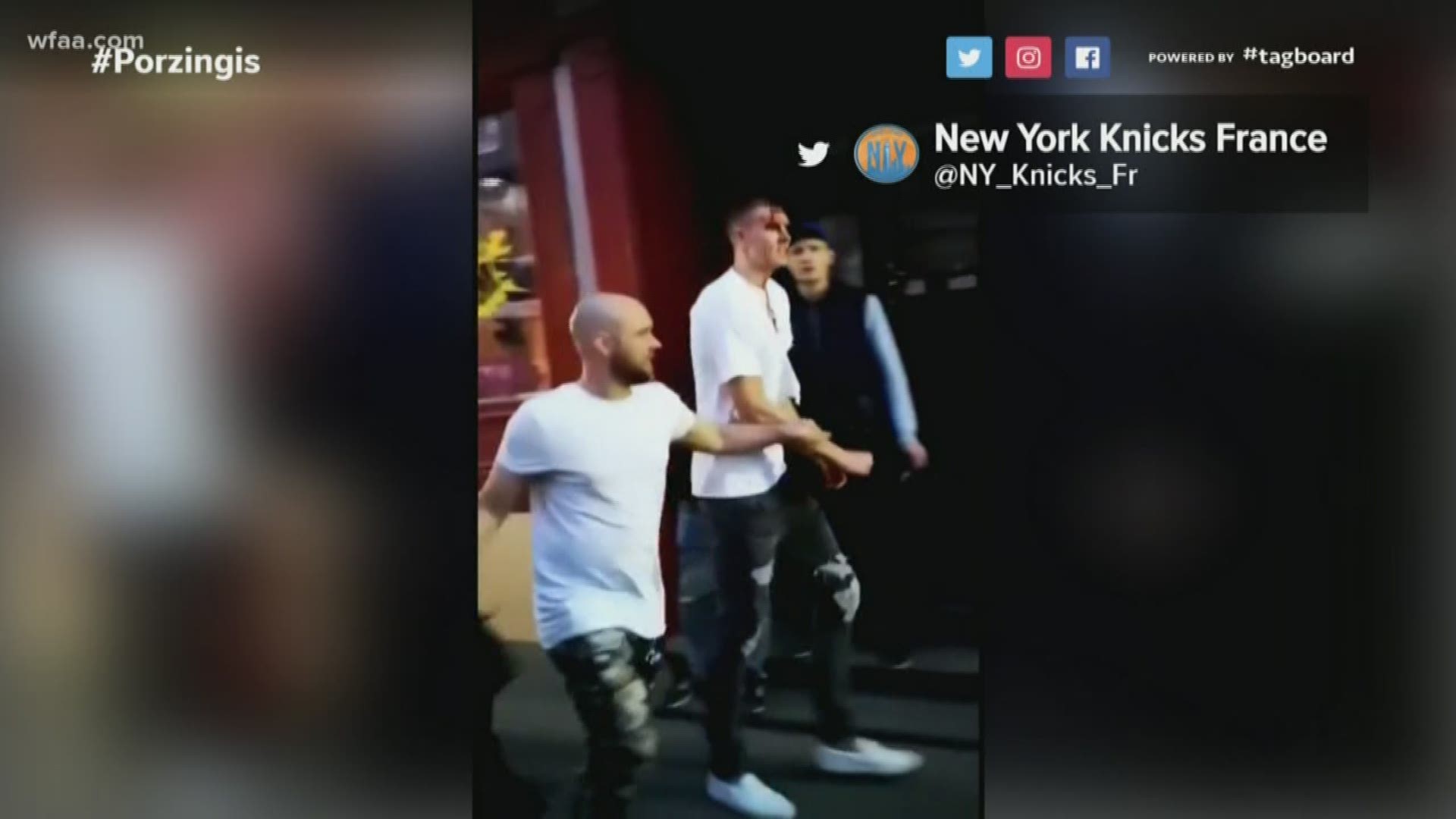 LIEPĀJA, Latvia — Mavs center Kristaps Porzingis was apaprently jumped outside of a club in his hometown of Liepaja, Latvia this weekend, according to numerous tweets and a statement from the Dallas Mavericks.

RELATED: Mavericks introduce Porzingis, as Doncic beams from back of the room

WFAA's Mike Leslie tweeted a video Sunday of the apparent aftermath of the altercation in Latvia, where Porzingis' face is clearly bloodied.

A source with the Mavericks told Leslie their understanding of the incident was that "he was jumped and hit with something outside a club. After a scuffle, security or police broke it up, per that source." The team is still gathering more information and the Mavs have yet to release an official statement.

The 7-foot-3-inch Porzingis was traded to Dallas by the New York Knicks in January of this year. He later spent all of last season rehabilitating a torn ACL in his left knee suffered on Feb. 6, 2018.

Earlier this year, Porzingis was accused of rape by a woman who says Porzingis raped her in Feb. 2018 while he was still a member of the Knicks. The incident is still under investigation.