Quintin Alonso's daughter was an infant when he was arrested. Now, she is about to graduate from high school. Attorneys say they worked hard to get him released in time to attend her graduation. 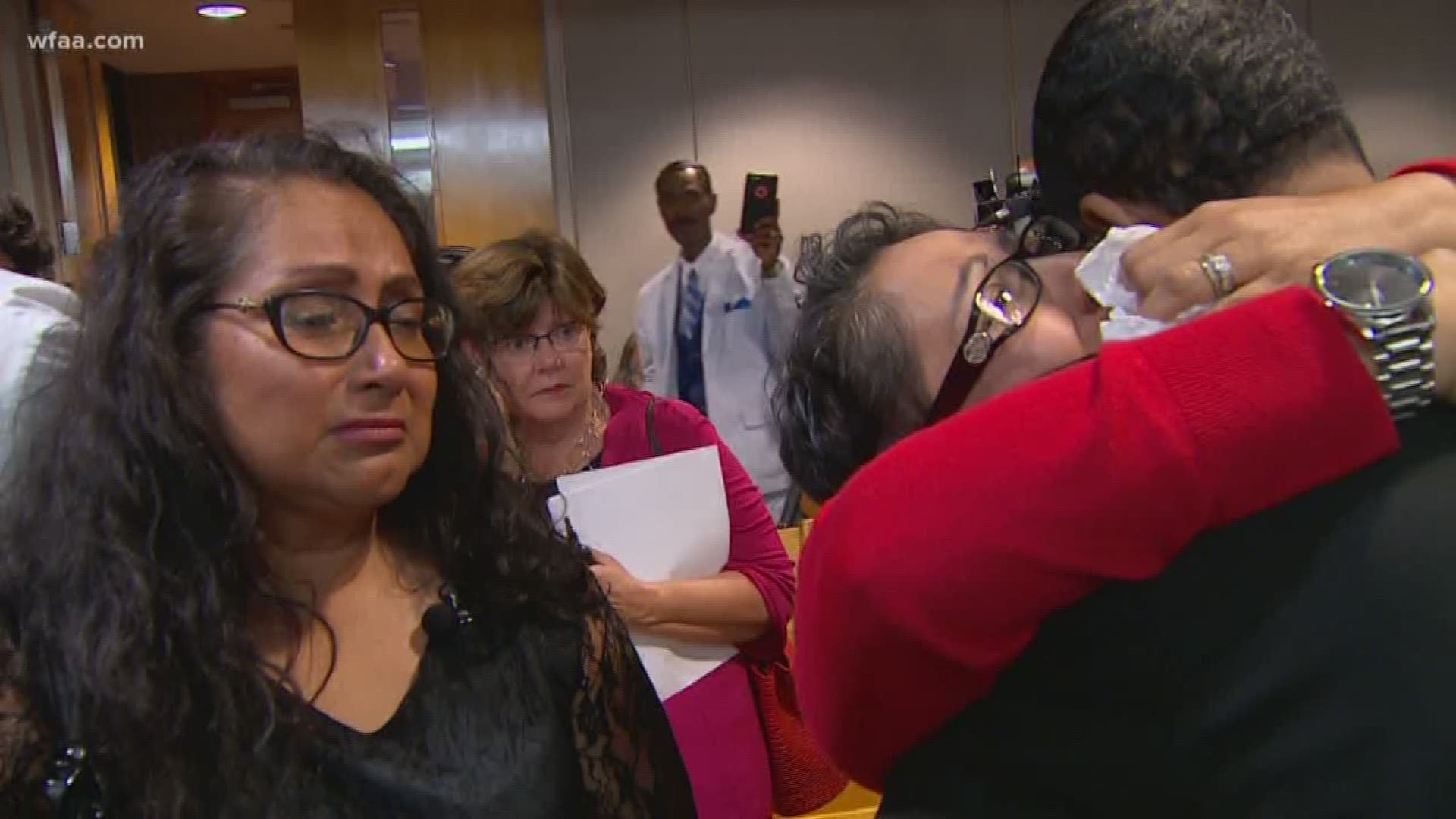 After nearly 17 years behind bars, Quintin Alonso walked out of a Dallas County courtroom a free man, smiling and hugging family members.

Alonso was wrongfully convicted of shooting and killing Santos Guana in 2001, and injuring Guana’s parents, Israel and Cynthia Martinez.

Alonso’s daughter was an infant when he was arrested. Now, she is about to graduate from high school. Attorneys say they worked hard to get him released in time to attend her graduation.

Alonso’s is the first major exoneration under Johnson, who took office in 2017 and expanded the Conviction Integrity Unit.

“We never gave up, never,” said Alonso’s aunt, as she hugged him in the courtroom.

Alonso was sentenced to life in prison, and might have never been exonerated if the real killer, hadn't come forward.

In 2015, Licha Escamilla told the DA's office that he was the shooter responsible for the crime pinned on Alonso. The confession came just before Escamilla’s execution for another murder later in 2001, the slaying of Dallas Police Officer Kevin James.

Then, months later, went on to kill a Dallas police officer.

“Only after he was executed were we able to corroborate what he had said to us,” said Johnson.

Only then did the DA’s office learn Escamilla confessed years ago to his attorneys, even before Alonso was convicted. But attorney-client privilege prevented them from saying anything. So Alonso, stayed behind bars.

“Those attorney’s hands were tied and, quite frankly, I cannot imagine how painful that must have been for them,” said Julie Lesser, Alonso’s attorney.

Lesser said Alonso’s case exposes gaps still in the system. Even though Escamilla was named a suspect in Guana’s death, someone picked Alonso out of a line-up. Prosecutors agree there was false testimony presented in Alonso’s trial.

"The police did an incredibly poor investigation in this case," said Lesser. "For the most part, that was the end of the investigation, when an eyewitness wrongfully identified my client... There were a lot of misstatements, a lot of false evidence that was offered to make it look like the state had an ironclad case, but they didn't."

Alonso had little to say as he walked out of the courtroom with his family. He was busy making up for lost time.

“He has a daughter he hasn't seen in a long time, family he wants to spend time with,” said Lesser. “I'm sure he'd like a home-cooked meal.”

Johnson said Alonso will be compensated, but an amount has not yet been set.