Many workers, particularly in the service and construction industries, often don't get paid if they don't come to work, no matter how sick they may be. 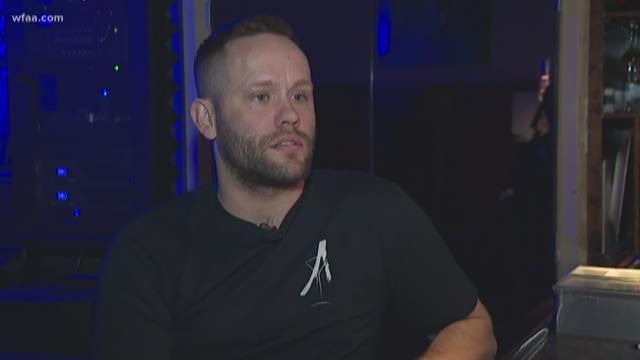 Damon Farris has worked in the service industry for 15 years. His best job so far, he says, has been at Alexandre's in Oak Lawn.

"There's not a job I've ever had like this one," he said.

And that has a lot to do with the benefits, which can be rare in the service industry.

"We have paid time off if we're sick," said Farris. "At the end of the day, it's about taking care of your employees."

But many other workers, particularly in the service and construction industries, often don't get paid if they don't come to work, no matter how sick they may be.

"The real importance of this is to protect the poorest and most vulnerable workers in our economy, the single mothers working service jobs," Kingston said.

This month, Austin became the first Texas city to mandate paid sick leave at all businesses within city limits.

Kingston hopes to mirror Austin's ordinance in Dallas. For every 30 hours an employee works, they would earn one hour of paid sick time, up to eight days a year, with a set dollar amount, per day for those who make most of their money in tips.

"This could be a provision that is enacted in most of the major population centers in Texas, and will essentially become the public policy of the majority of Texas. That's a real shift," said Kingston.

But budding, small businesses like Rex's Seafood at the Market, which don't currently offer paid sick leave, wonder if it would affect their bottom line, and how they might adjust.

"Food costs are constantly going up, fresh fish is very expensive. You've got to figure out how to make it work really," owner Beau Bellomy said.

Back at Alexandre's, owner Lee Daugherty is part of the Democratic Socialists of America, a group pushing for the change. He planned to meet with individual councilmembers on Tuesday to talk about it.

"It's very important to reinvest profits back into your workers, back into the people allowing you to operate," Daugherty said.

Kingston won't share his plans to move forward on the topic. But he expects it the council to discuss it in some form before they recess in July.