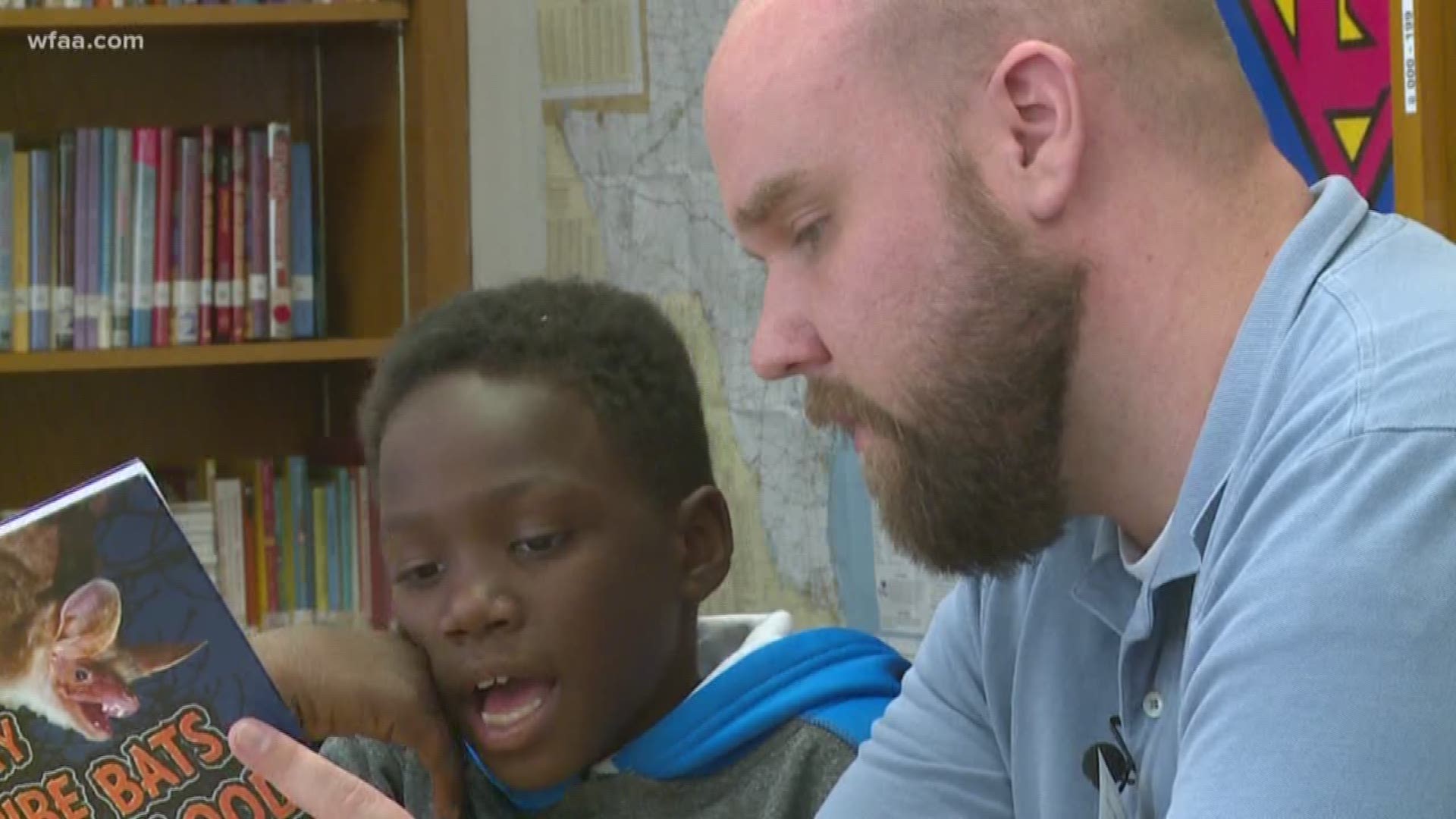 The second tallest building in Dallas just got a new tenant and when you’re the new kid on the block, it’s easy to love the view from the top.

But he says in the past four years even though the company has doubled in size, even though it’s bringing in record numbers and even though it now occupies the 40th floor, its greatest success story can be found back on the ground at an elementary school in Dallas.

“We’re making an impact,” Schaefer said. “It’s not a dollar figure impact, it’s not like we would make for our clients, but it’s an impact for another person’s life.”

William B. Miller Elementary School is in a low income area, which means a lot of the kids who attend come from difficult backgrounds. By the time they’re in second grade many of them have already fallen behind in reading.

Which is why these high-level executives are now reading buddies at William Miller Elementary.

Once a week, Eric and his employees, spend 30 minutes reading with second graders.

Each person is paired with a kid. The purpose is to read, yes, but more importantly it’s to show these students that no dream is out of reach.

“It’s about a lot more than reading, it’s about where reading can take you,” said Principal Nikki Hudson.

Principal Hudson says the goal is for these relationships to continue well beyond second grade.

She believes, over time, it’s not the reading that will change her students’ lives, but rather the people who cared enough to do it.

“He means a lot to me, like he was my dad,” said one student.

“She’s like a friend in my heart,” another student said.

“You never know the impact you’re gonna have at the time, but by giving of your time, I think it makes all the difference in the world,” Schaefer said.

That’s an investment worth every penny.