"When our community hurts, we hurt. We believe it's important to stand up and serve during this difficult season," Pastor Bryan Carter said. 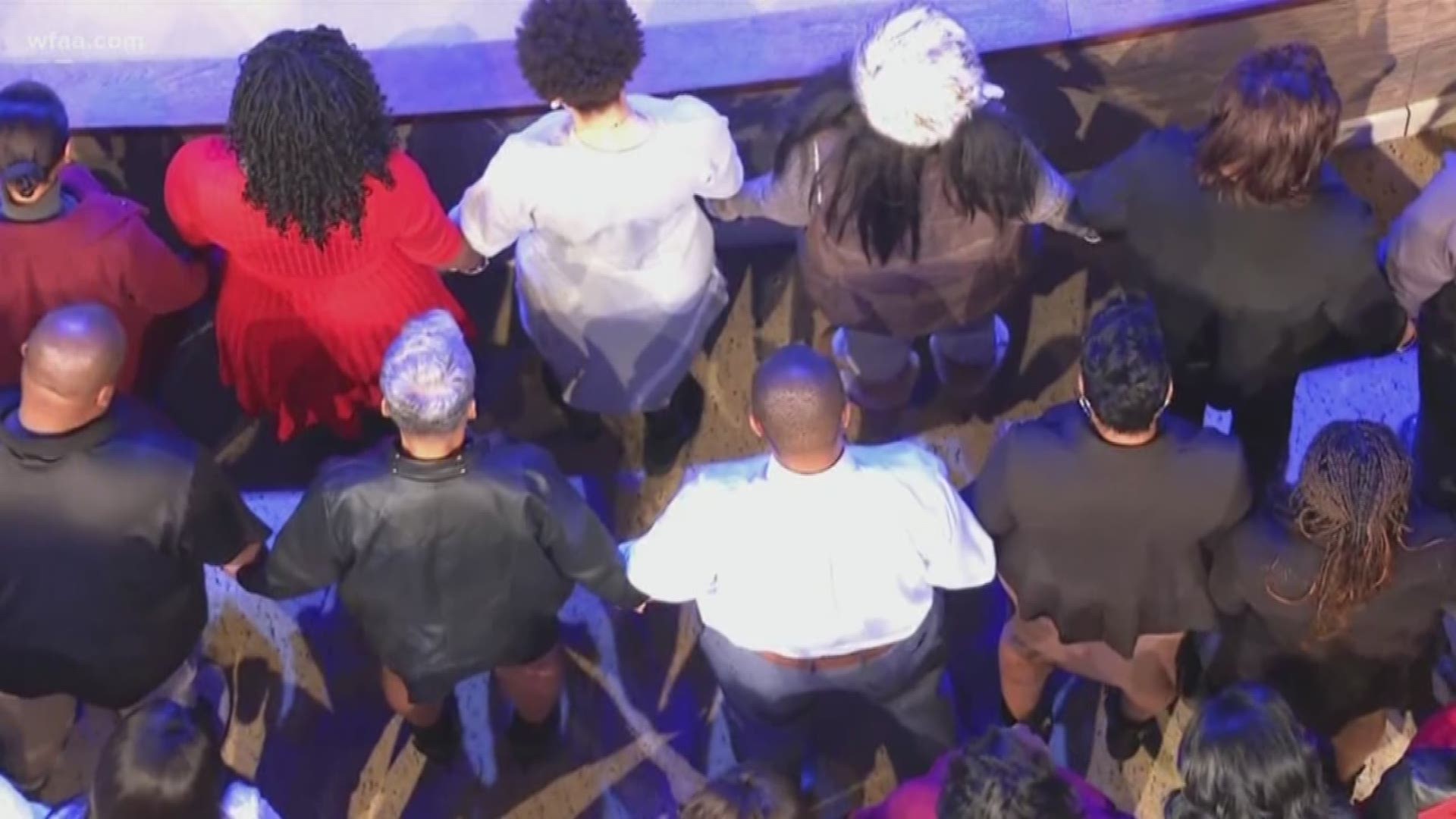 DALLAS, Texas — The Concord Church in Dallas extended a helping hand to about 100 church members Sunday who are also federal employees and not working as the government remains shut down for the 23rd day.

The government was officially shut down on December 22, 2018.

The reason why is centered on President Donald Trump's campaign promise to build a wall along the Mexico border.

More: The 5 longest government shutdowns in US history, explained

Trump wanted more than $5 billion to start construction of the wall, but he, Republican leadership, and Democrats can't come to an agreement about those funds.

Tough decisions are now staring thousands of families living paycheck to paycheck in the face.

Over 800,000 employees have either been furloughed or must continue working without pay.

A majority of employees received a final paycheck last Friday, but for most, it was only half of what they normally get paid.

After that, he invited all those standing to the altar to be prayed over.

"Let's all stand together and go to prayer together on their behalf," Carter told the congregation.

"Lord will you show up and show out, would you provide and would you bless, will you do what only you can do," Carter continued in a prayer that lasted several minutes.

Many of the families at the altar held each other's hands and bowed their heads.

After the prayer, Carter informed them all that they would be receiving a $100 Wal-Mart gift card.

Carter also said before the service to WFAA that some members would receive a food basket if they needed it.

There was also additional information and resources outside the worship center explaining how members could file for unemployment.

"They didn't get a paycheck on Friday so now they're trying to just survive," Carter said. "When our community hurts, we hurt. We believe it's important to stand up and serve during this difficult season."

One member who is hurting is Antecia Parker.

She's an employee with the Department of the Treasury and told WFAA that she can't move into a new home with her family now that her income has been taken away.

"I've never not had a paycheck, so this is really affecting me," Parker said.

Parker said she came to church today for comfort, but walked away with a blessing.

"This was just an added benefit," Parker said.