A father of three feels singled out at Southwest when he and his husband were denied "family boarding" privileges at their gate. The airline claims it was a misunderstanding of the family boarding policy. 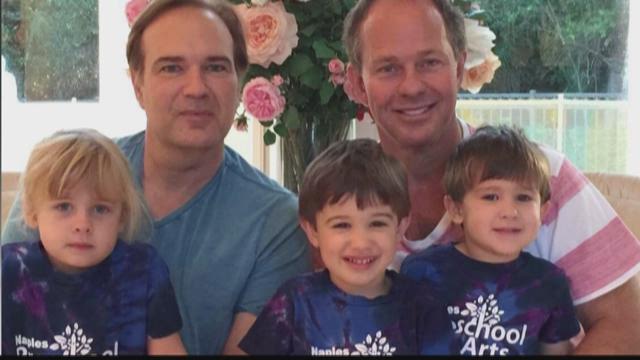 CHEEKTOWAGA, N.Y. -- A Florida family is upset over their boarding experience at a local Southwest Airlines gate.

The family says they've used family boarding privileges multiple times with Southwest before, but were denied this weekend.

Grant Morse, a husband and father of three kids, says he flies Southwest between Buffalo and Ft. Lauderdale all the time, and that he's never had an issue using family boarding privileges until now.

Morse, who is married to another man, says when they approached the gate, a Southwest employee quickly stopped them and said "this is for family boarding only."

"I feel as though we were profiled the minute we walked up the boarding area,” said Morse by phone from Florida Sunday night. “This gate agent immediately approached my spouse and said this is for family boarding only, and my spouse looked up and said, ‘Well, we are a family. It's myself, my spouse, and our three children.’ She said it’s family boarding only and got very sarcastic.”

It does seem possible that this policy could be interpreted in different ways, and Morse understands that, but his problem stems more from how he and his husband Sam were approached.

According to Morse, the employee didn't start by saying that only one adult can board with their kids; instead Morse says that she said only families can board.

Additionally, he says Southwest sat his 83 year old frail mother in an emergency exit seat instead of with them. The Southwest spokesperson tells us the mother would have to board in general boarding, as per their policy. If she needed assistance, they say the family needed to have requested that before hand.