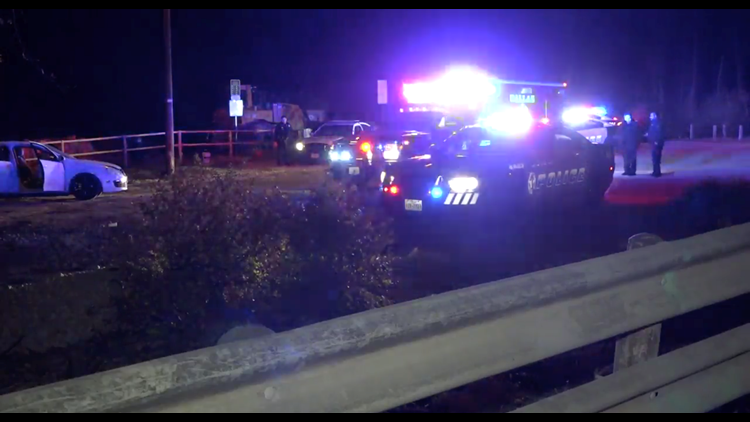 A woman was killed in a shooting near the Dallas/Irving city line overnight, a spokesperson for the Dallas Police Department said.

The woman was in a car with two men on the 1700 block of California Crossing Road shortly before 1 a.m., according to officials, when four men in a Chevy Tahoe allegedly pulled up and shot at them multiple times.

The woman was pronounced dead at the scene.

There have been no arrests in the case, police said.

This is a developing story. WFAA will update it as more information becomes available.

RELATED: Garland police release video of deadly crash in search for driver that fled the scene

RELATED: State Rep. Poncho Nevárez turns himself in to authorities after he was caught on tape dropping envelope with cocaine