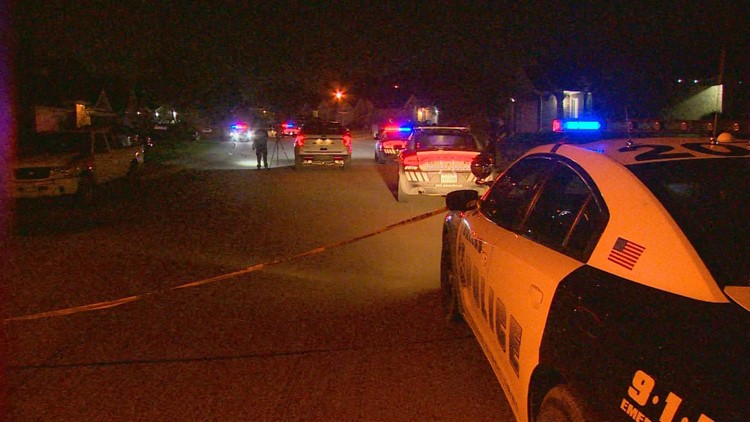 DALLAS — A woman was shot in a domestic dispute and taken to a local hospital in critical condition early Thursday, Dallas police said.

Two suspects then allegedly fled the scene and led police on a short chase, according to officials. Both suspects were caught and are currently in custody.

The incident began around 1 a.m. when the woman was shot on the 1400 block of Sax Leigh Drive, police at the scene told WFAA.

The two suspects then fled the scene in a car, according to police. Police officers chased after them until the suspects hit a power pole on Singing Hills Drive. They got out and started to run away, but officers followed and detained them.

Police said one officer injured her knee in the pursuit.

The two suspects in the car were taken to a nearby hospital for minor injuries from the crash.