Crime Stoppers is offering up to $5,000 for information leading to arrest of Leonard Jerome Sowell, who is wanted in the death of 40-year-old Gina Elder. 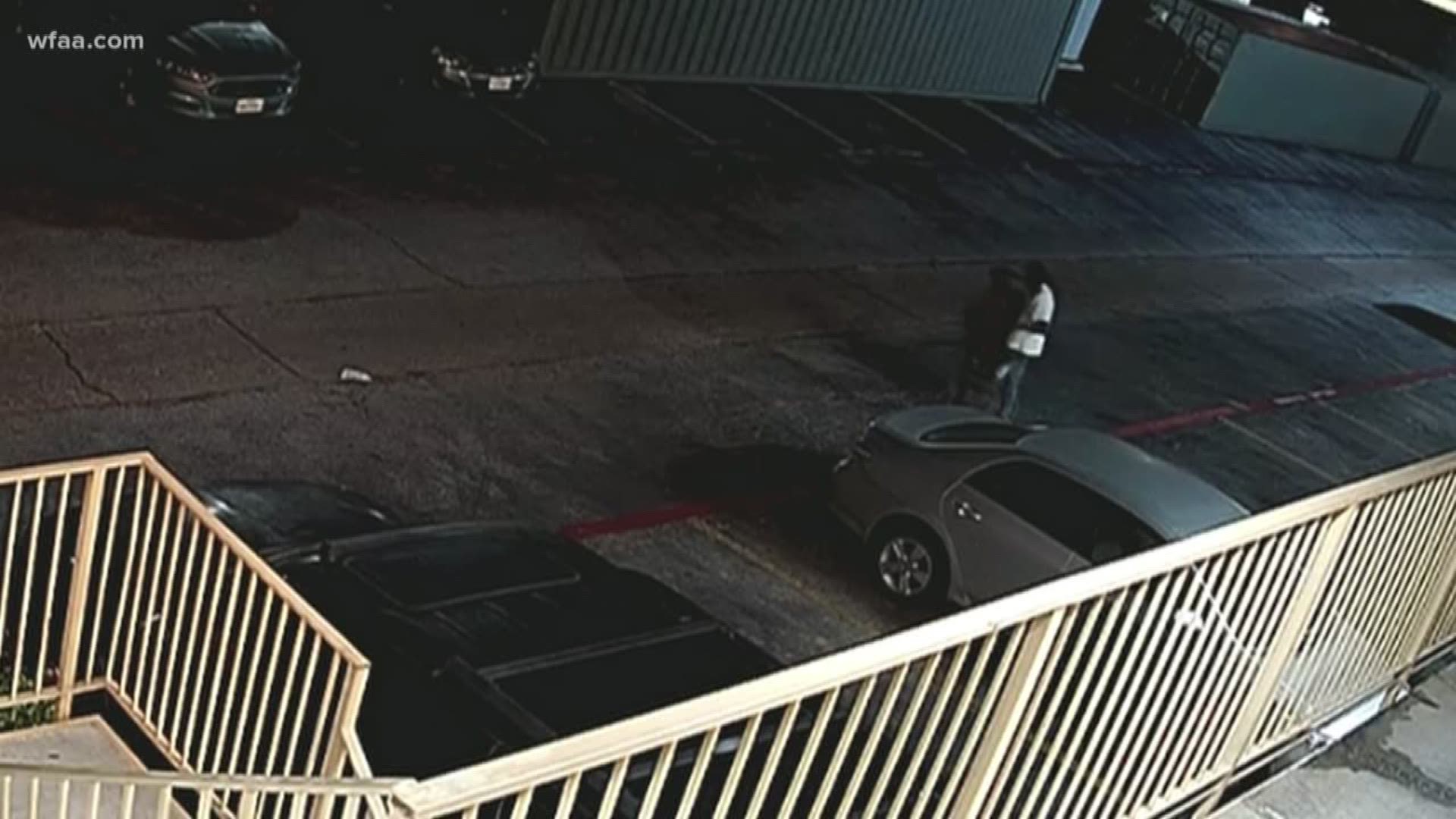 Dallas police on Thursday released motel surveillance video that shows a 36-year-old man punch a woman who was later found dead in the parking lot.

Dallas police are looking for Leonard Jerome Sowell in the death of 40-year-old Gina Elder. Elder was found dead around 3:15 a.m. Tuesday in the parking lot at the Super 7 Inn in the 4200 block of Independence Drive, police said.

Sowell can be seen punching Elder and then standing over the woman after she falls to the ground. She tries to stand up but stumbles. She finally stands, and Sowell walks away.

A second video shows Sowell walk back into the parking lot and punch Elder again. The video clip police release ends while Sowell is still standing over Elder.

Police said he ran away and is wanted on a murder charge.

Anyone with information on Sowell's whereabouts is asked to contact Det. Jeffrey Loeb at 214-671-3702 or at jeffrey.loeb@dallascityhall.com.

Crime Stoppers will pay up to $5,000 for information leading to the arrest and indictment of Sowell. Call Crime Stoppers at 214-373-8477.