Caught on camera: Man violently attacked, robbed by two suspects while walking to his apartment in SW Houston

Police said the suspects took the man's wallet and keys before heading back to their Nissan and driving away. 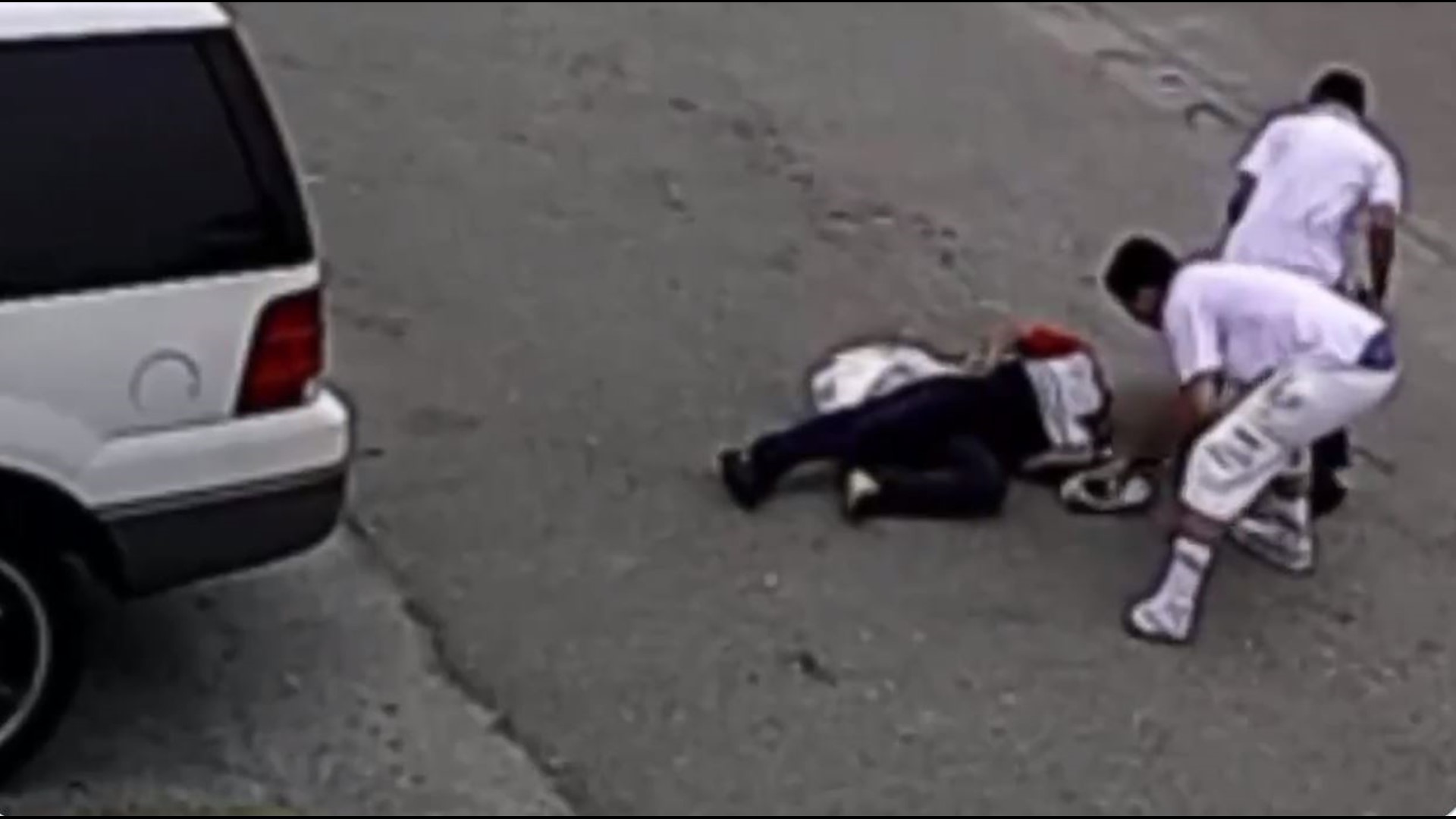 HOUSTON — A man was violently attacked and robbed in November while walking to his apartment and Houston police are hoping you can help them identify the two suspects caught on camera committing the crime.

Surveillance video shows two suspects get out of a four-door, gray Nissan Xterra and approach the man who was walking to his apartment in the 6000 block of Ranchester Drive, which is in the Sharpstown area in southwest Houston.

The suspects then attack the man, forcing him to the ground. While one suspect repeatedly punched and kicked the man, the other could be seen going through the man's pockets.

Police said the suspects took the man's wallet and keys before heading back to their Nissan and driving away.

VIEWER DISCRECTION IS ADVISED: These suspects need to be held accountable for their actions!! They repeatedly kicked and punched their victim before robbing him at the 6000 block of Ranchester on Nov. 23. If you know them, please call @CrimeStopHOU 713-222-TIPS w/info. #hounews pic.twitter.com/BDyMgwRmSB

Houston police described the first suspect as a Hispanic man who is between 19 to 25 years old. He weighs between 140 to 150 pounds and is approximately 5 feet 10 inches tall. Police said he is light complexion and has a tattoo on his right forearm.

There was a third suspect who stayed inside of the Nissan while the other two suspects robbed the man. Police believe she is a Hispanic woman.

Crime Stoppers is looking for any tips that may help them identify these suspects. You can call 713-222-8477 if you have any information. Crime Stoppers may pay up to $5,000 for tips.