Detectives are working to identify a couple of accused burglars who allegedly vandalized several buildings near Kiest Park. 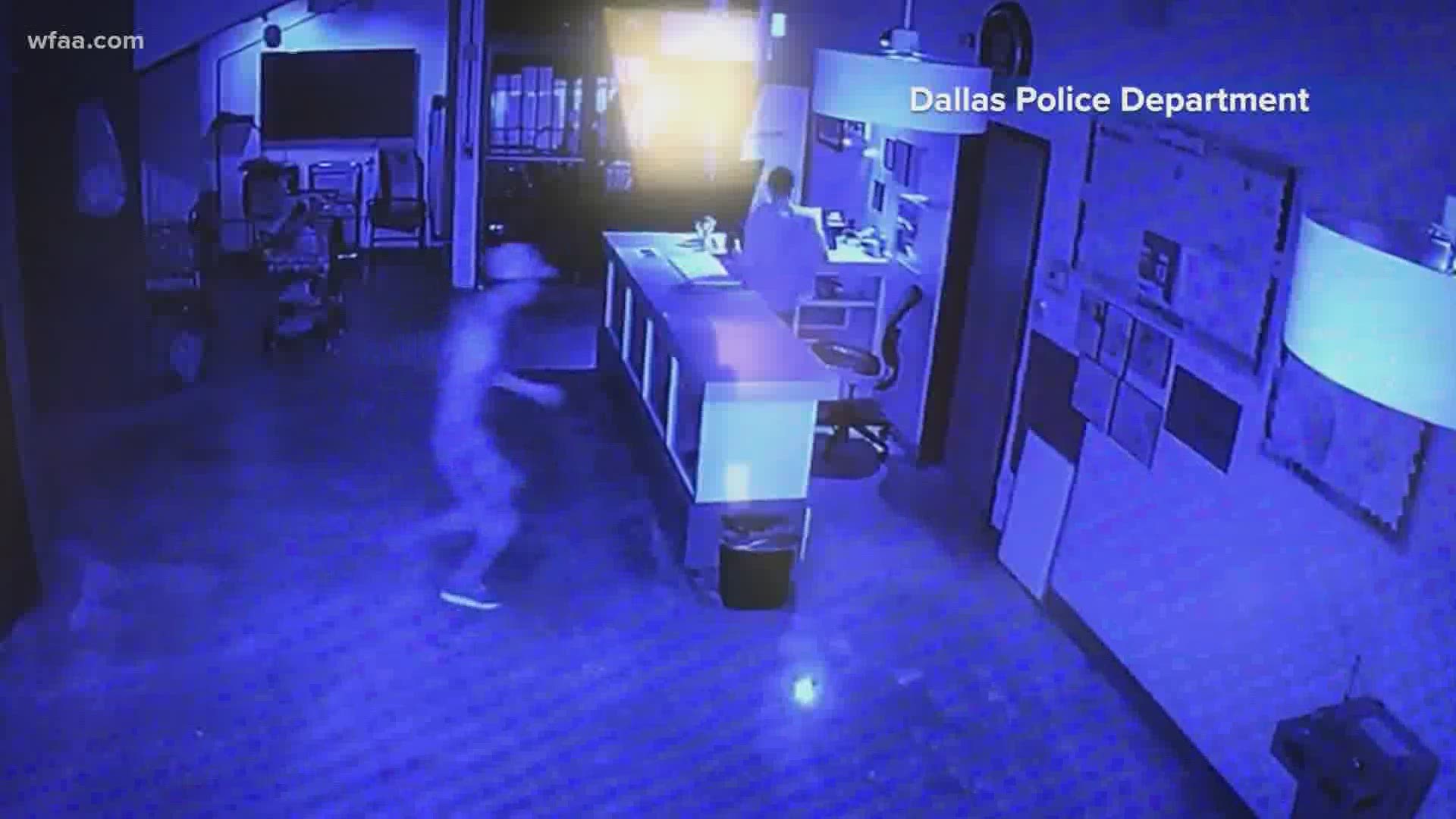 DALLAS — Dallas police are asking for the public’s help identifying a couple of suspected burglars who they believe have been breaking into recreation centers and other public facilities.

Investigators released surveillance video on Monday from one of the burglaries. It shows two men taking a cash register and other property from the Kiest Tennis Center.

That burglary is among a wave of similar break-ins happening in public facilities in the Oak Cliff area since Independence Day weekend.

RELATED: 'It is an attack on our community': Vandals target another rec center in Oak Cliff, police say

On Monday, glass repair contractors were busy inside the Kiest Recreation Center, yet again. Workers were alerted to another intrusion at the center late Sunday night. It is the fourth burglary at the center over the past week.

Investigators believe the same vandals who targeted the tennis pro shop last week returned Sunday night. The tennis center staff has already been busy cleaning up after the suspects broke windows and forced their way inside to steal cameras, computers, and other equipment.

An-Noor said the magnitude of destruction looked as if someone was angry.

”Your acts of vandalism are impacting a lot of people who need recreation, especially in this pandemic time,” An-Noor said.

Police believe the suspected burglars in the video they released may be part of a group of three or four young men targeting the public buildings.

Det. Eduardo Ibarra says one of the men was wearing a distinct baseball cap with a zebra-striped brim.

Police are urging anyone with information about the burglaries or the people involved to contact Ibarra at 210-671-0524 or by e-mail at Eduardo.ibarra@dallascityhall.com.