'We are going to fight like hell': Families of Billy Chemirmir's victims call for protections for senior living home residents

Suspected serial killer Billy Chemirmir is accused of going to senior living homes, smothering elderly women with a pillow, and stealing their jewelry. 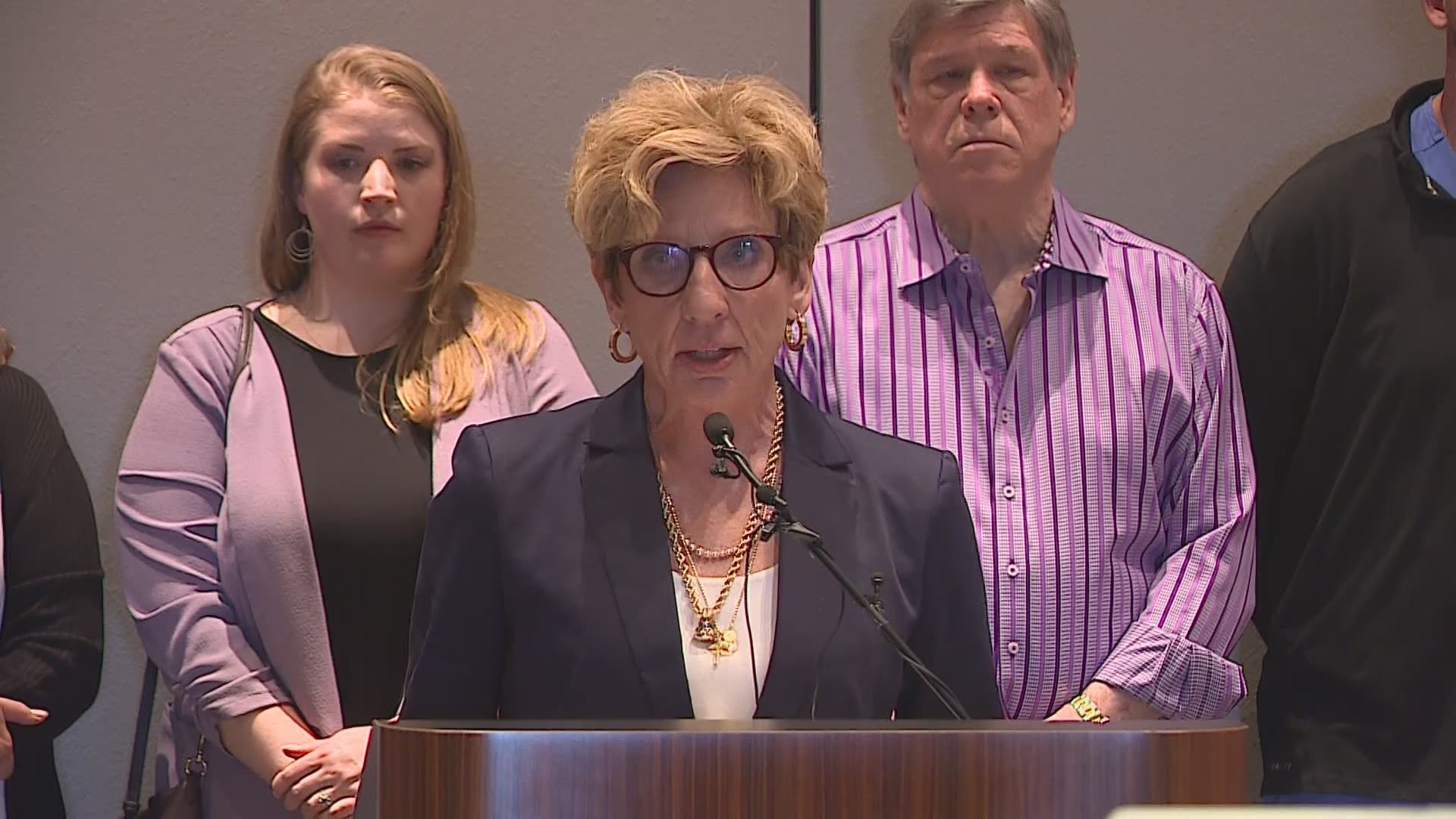 PLANO, Texas — Updated throughout at 7:18 p.m. with details of the news conference.

One by one their names were called out. Eighteen women who police believe were killed by Billy Chemirmir.

The families of those victims announced three new laws on Wednesday aimed at protecting residents in independent living facilities. The group Secure Our Senior's Safety said the bills introduced would create a voluntary certification program and budget-neutral law.

The bills include requiring facilities to report all crimes on their property and perform enhanced background checks on employees.

Another bill would force Cash for Gold stores to keep records of who they do business with.

Former Dallas Cowboy Cliff Harris, whose mother-in-law is one of the Chemirmir's victims spoke with WFAA Tuesday about the bill proposal.

"If we had known there had been murders and deaths that were unaccountable we would've been more cautious and taken more care. This was a preventable accident,” he said.

This is in response to a string of killings that occurred from 2016 to 2018 at senior living homes in Dallas and Collin counties. Two of which include Preston Place Retirement Community and The Tradition Senior Living.

According to police, Chemirmir allegedly smothered his victims with a pillow and then stole their jewelry. He's accused of killing at least 18 elderly women.

"Sociopaths exist in this world. We count on people who run these facilities to protect [residents] and they failed,” said Paul Abramowitz, the son of one of the victims.

The group Secure Our Senior's Safety is led by Shannon Gleason Dion, whose mother Doris Gleason is among the victims.

Dion talked about going to pick up her mother for church on Sunday, Oct. 20, 2016. Doris usually sat on a bench and waited for her daughter, but that morning she wasn’t there.

Dion went to look for Doris in her home, but she was dead.

“I saw momma on the floor," said Dion.

Dion said she though it was odd she couldn't find her mother’s guardian angel necklace.

“It matches the one I wear around my neck,” said Dion.

The Hall of Fame safety wants people to remember his mother-in-law, Miriam Nelson.

"Wonderful, wonderful woman. I loved her pot roast that she cooked for me. She was so kind,” said Harris.

Harris said his mother-in-law called them two days before her death after a man knocked on her door and claimed he wanted to come in her home to fix a leak. She also lived in an independent living facility.

“She called us because she was concerned about the stranger at her door, so my son went to spend the night with her,” said Harris.

But 48 hours later, police say she was smothered with a pillow by Chemirmir and her jewelry stolen.

“What happened to my mother-in-law three years ago is the worst thing I have experienced in my life and my wife still has nightmares,” said Harris.

Police said multiple women were killed at some independent living facilities. Families said they never knew it until Chemirmir was arrested.

“If we knew there was a stranger was roaming the halls we would have done something different,” said Harris.

The families said the new bills focus on more accountability and transparency.

"We are looking for mandatory background checks for all employees, monitoring ins and outs of the residents, and the disclosure of criminal activity,” said Dion.

Police said Chemirmir would often take the jewelry he stole to places that buy and sell gold, but it was tough to track.

"I mean it's just ridiculous that to think you know you can sell someone's gold and melt it down and not have to be accountable for where you got that gold,” said Harris.

One of the bills would make these businesses keep a database of who sold them gold and a description of the item.

“We are not going to curl up in sorrow or hide. We are going to fight like hell for other seniors so other families won’t have to go through this,” said Dion.

The families hope the bills will become laws to protect seniors, and these will be their loved ones' legacies instead of their deaths.

“They are watching over us as we protect those to come,” said Dion.

RELATED: 'It looked like a killing field': Families of 3 victims speak out after indictment of suspected serial killer Billy Chemirmir

In December 2020, Chemirmir's lawyer Phillip Hayes said all the evidence against his client is circumstantial.

"It seems like they want to make him out to be a horrible serial killer so they are pinning all these deaths on him,” Hayes said.

Chemirmir's trial is scheduled to start in April, if he's convicted he could face the death penalty.