Windows were left shattered, computers were busted, and the rec center was ransacked during break-ins at public park facilities. 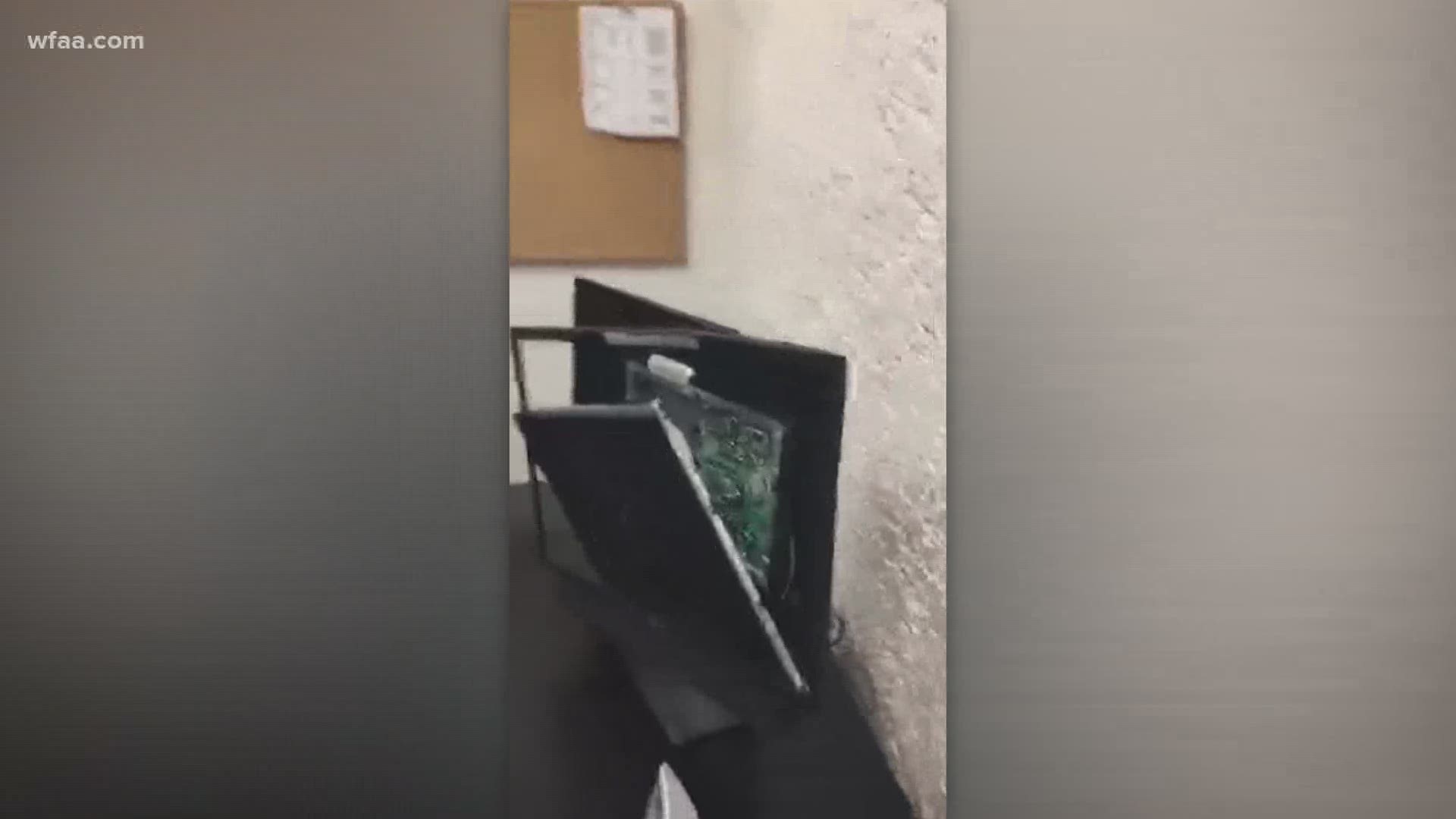 DALLAS — Police are investigating a string of burglaries and vandalism at Kiest Park in Oak Cliff.

Workers arrived from the Independence Day weekend to find extensive damage in a couple of buildings.

Arnold published a video on social media, giving residents an up-close look at the damage inside the recreation center at Kiest Park.

"This is just unreal,” King said.

Dozens of windows inside the building are smashed. Office doors are kicked out. Computers inside the facility were left broken and busted. The weight room was left a mess. The vandals also left extensive damage in the center’s lobby.

"They’ve stripped out the drinks that were in the machine," Arnold said.

Workers are telling city leaders and police they believe the vandalism happened over three days during the July 4th weekend.

The destruction at one of Oak Cliff’s premier public parks is disappointing. Marcos Moreno is a regular park visitor.

"I know this area. To me, it’s a very peaceful area. But to hear about this, it’s surprising,” Moreno said.

Arnold said police are also checking into break-ins at Jimmie Tyler Brashear Elementary School and the Hampton-Illinois branch library as part of the crime wave.

"It’s just like they’ve been on a rampage for the past couple of days here in Kiest Park,” Arnold sighed.

Residents are urging anyone with information about the vandalism to call the Dallas Police Department.